You are here: Home › medical science › Christiaan Eijkman and the Cause of Beriberi 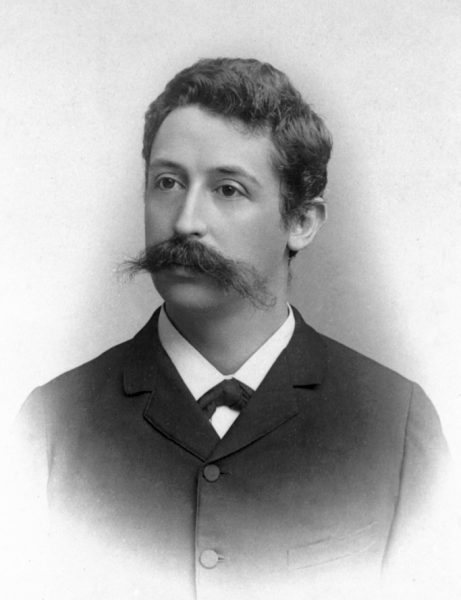 On August 11, 1858, Dutch physiologist Christiaan Eijkman was born. Eijkman‘s demonstrated that beriberi is caused by poor diet led to the discovery of antineuritic vitamins (thiamine). Together with Sir Frederick Hopkins, he received the Nobel Prize for Physiology or Medicine.

Education in the Netherlands

Christiaan Eijkman was born at Nijkerk, Netherlands as the seventh child of Christiaan Eijkman, the headmaster of a local school, and Johanna Alida Pool. In 1859, the Eijkman family moved to Zaandam, where his father was appointed head of a newly founded school for advanced elementary education, where Christiaan and his brothers received their early education. In 1875, since his family couldn’t afford to send him to medical school, Eijkman became a student at the Military Medical School of the University of Amsterdam, where he was trained as a medical officer for the Netherlands Indies Army. From 1879 to 1881, he was an assistant of T. Place, Professor of Physiology, and received his doctoral degree with a thesis On Polarization of the Nerves in 1883.

In 1883, Eijkman left the Netherlands for The Indies, where he was made medical officer of health, first in Semarang, then later at Tjilatjap, a small village on the south coast of Java, and at Padang Sidempoean in Western Sumatra. It was at Tjilatjap that he caught malaria, which later so impaired his health that he, in 1885, had to return to Europe on sick-leave.

For Eijkman this was to prove a lucky event, as it enabled him to work in E. Forster’s laboratory in Amsterdam, and also in Robert Koch‘s bacteriological laboratory in Berlin to study the latest groundbreaking medical research.[5] There, Robert Koch had discovered the tuberculosis bacterium in 1882. At that time it was considered revolutionary. Doctors hadn’t had a clue as to why there were diseases like tuberculosis or malaria and they couldn’t cure people who suffered from them. Now, after Koch had shown that a bacterium caused tuberculosis, hope was raised that other bacteria that caused diseases could be found.[1] Also in Berlin, he came into contact with C.A. Pekelharing and C. Winkler, who were visiting the German capital before their departure to the Indies. In this way medical officer Christiaan Eijkman was seconded as assistant to the Pekelharing-Winkler mission, which had been sent out by the Dutch Government to conduct investigations into Beriberi, a disease which at that time was causing havoc in that region.

Putting an End to Speculations

In 1887, Pekelharing and Winkler were recalled, but before their departure Pekelharing proposed to the Governor General that the laboratory which had been temporarily set up for the Commission in the Military Hospital in Batavia should be made permanent. This proposal was readily accepted, and Christiaan Eijkman was appointed its first Director, at the same time being made Director of the “Dokter Djawa School” (Javanese Medical School) which later become University of Indonesia. Eijkman was able to demonstrate that a number of theories had no factual basis. Firstly he proved that in the blood of Europeans living in the tropics the number of red corpuscles, the specific gravity, the serum, and the water content, undergo no change, at least when the blood is not affected by disease which will ultimately lead to anaemia. Comparing the metabolism of the European with that of the native, he found that in the tropics as well in the temperate zone, this is entirely governed by the work carried out. Neither could he find any disparity in respiratory metabolism, perspiration, and temperature regulation. Thus Eijkman put an end to a number of speculations on the acclimatization of Europeans in the tropics which had hitherto necessitated the taking of various precautions.

The Cause for Beriberi

Eijkman had seen many victims of beriberi while working for the army in the Dutch East Indies. The disease started with signs of weakness, fatigue, irritability, restlessness, loss of appetite and vague abdominal discomfort. As it progressed, patients developed burning sensations, tingling in the extremities, and changes in the sensation such as numbness. Many of the sufferers died of heart failure. Autopsies showed that the nerve fibers and heart muscles had degenerated.[1]

Eijkman noticed the symptoms of beriberi in some chickens used in his laboratory when their feed had been altered for a few months. During that time, chickens in the laboratory had been fed leftover rice from military rations, until a new cook refused to allow military rice to be fed to civilian animals. Rice was then purchased from another source, and the birds soon recovered. During the months that the chickens developed beriberi, the feed had been polished rice, and when the birds’ diet was switched back to unpolished rice, the birds recovered in a few days. Eijkman surmised that polished rice lacked a dietary component found in unpolished rice, and that beriberi was caused by depriving the body of this component, which he called “the anti-beriberi factor“. Subsequently, Eijkman was able to prove that the disease was not caused by blood contamination, respiratory metabolism, perspiration, or seasonal or temperature variation. He suspected the disease was caused by an unknown bacteria.

In 1895, after nine years of research with animals, Eijkman wanted to find out if humans could avoid getting beriberi by eating unpolished rice. He asked a doctor named Adolphe Vorderman to carry out investigations in the prisons. The reason why he decided to do this in the prisons was that it was easy to control what people ate, and that the same persons stayed there for a long time. It soon showed that prisoners who were fed polished rice were a lot more likely to get beriberi. Before the trials in the prisons were completed, Eijkman returned to the Netherlands. Vorderman and other physicians continued their research.[1]

In 1906, the British biochemist Frederick Hopkins demonstrated that food contains necessary “accessory factors” in addition to proteins, carbohydrates, fats, salts and water [4]. In 1912, the chemist Casimir Funk thought that he had found the vital substance Eijkman called the anti-beriberi factor. Eventually it was determined the missing compound that was causing Beriberi was vitamin B1, thiamine. Funk shortened the term “vital amine” to coin a new word, vitamin. For his contributions to the discovery of antineuritic vitamins, Eijkman won the 1929 Nobel Prize for Medicine, sharing the prize with Sir Frederick Hopkins. Funk, perhaps unfairly, was never given full credit for his work. Unfortunately, the state of his health did not allow Eijkmann to accept the Nobel Prize personally.

Eijkman returned to the Netherlands in 1896 to serve as a professor at the University of Utrecht (1898–1928).[2] In 1907, Eijkman was appointed Member of the Royal Netherlands Academy of Arts and Sciences. The Dutch Government conferred upon him several orders of knighthood, whereas on the occasion of the 25th anniversary of his professorship a fund was established to enable the awarding of the Eijkman Medal. Christiaan Eijkman died in Utrecht, on November 5, 1930, aged 72.