You are here: Home › mathematics › Charles Sanders Peirce – One of the Founders of Semiotics 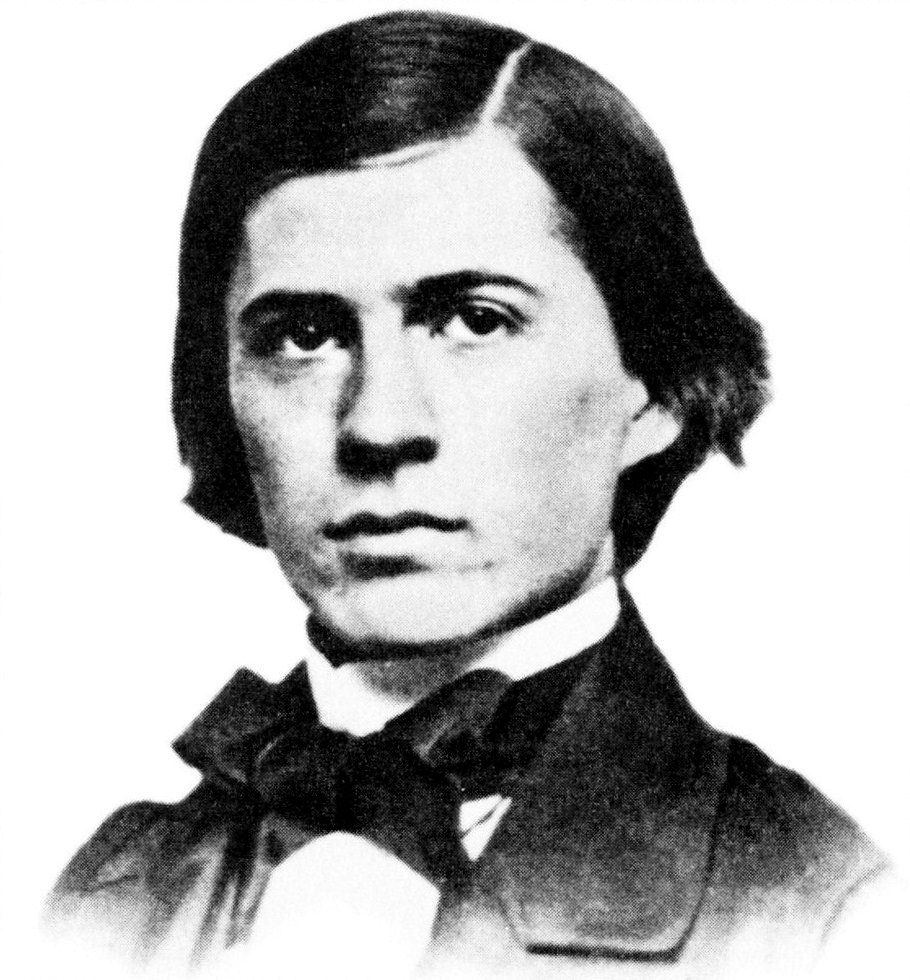 On September 10, 1839, mathematician, philosopher and logician Charles Sanders Peirce, the founder of philosophical ‘pragmatism’ was born.

“Few persons care to study logic, because everybody conceives himself to be proficient enough in the art of reasoning already.”
— Charles Sanders Peirce, [10]

Peirce was born in Cambridge, Massachusetts, the second of five children of Sarah and Benjamin Peirce (1809-1880). His father was professor of astronomy and mathematics at Harvard University and proved to be the first seriously researching mathematician in the USA. His living environment was that of a well-off educated middle class. Even as a boy, Peirce was given a chemistry laboratory by an uncle. His father recognized his talent and tried to give him a comprehensive education. At the age of 16 he began to read the Kant‘s Critique of Pure Reason.[4] He needed three years for the study of the work, with which he dealt daily several hours, after which, according to his own statement, he almost knew the book by heart. Peirce studied at Harvard University and Lawrence Scientific School. He passed the Master of Arts in 1862 and was one of the first (1863) to graduate with a Bachelor of Science in Chemistry.

Working in Geodesy and Gravimetry

From 1859 to 1891 he worked with interruptions at the United States Coast and Geodetic Survey. From 1861 he had a regular post, so he did not have to take part in the American Civil War. He received this post through his father’s mediation, who was one of the founders of this authority and acted as a board member there. Peirce’s tasks in the field of geodesy and gravimetry were the further development of the application of pendulums for the determination of local deviations in earth gravity. At Harvard between 1864 and 1870 Peirce gave part-time lectures on the history and theory of science. Even at this point in his life, the manuscripts of the lectures contained almost all of the fundamental themes of philosophy that occupied him throughout his life. At the beginning he was very strongly influenced by Kant, but he intensively dealt with questions of logic and first developed his own theory of categories.

The Logic of Relatives

In the first years, the logical work was in the foreground. Thus in 1865 he dealt with the new logic of George Boole and Augustus De Morgan, which gave his mental development a substantial impulse. His first articles were published in 1868 and soon he was giving lectures on logic at Harvard University. In the late 1860’s and early 1870’s, Peirce started researching at Harvard’s astronomical observatory and joined a club of young scientists, where he got to know Alexander Bain, who influenced Peirce enormously. He was also able to present his thoughts about pragmatism, this led to him being able to publish his ideas and counts as the birth of the pragmatism.

In the 1860s Peirce accompanied the astronomical research of his peer George Mary Searle, who also worked for the Coast Survey and the Harvard Observatory during this time, who was interested in astronomical research. From 1869 to 1872 Peirce then worked himself at the astronomical observatory of Harvard as an assistant on questions of photometry to determine the brightness of stars and the structure of the Milky Way. 1870 saw the publication of a small, for Peirce and logicians but important paper on the Logic of Relatives, which was also published as a lecture to the American Academy of Arts and Sciences under the title Description of a Notation for the Logic of Relatives, Resulting from the Amplification of Boole’s Calculus of Logic. Important for Peirce and also for William James was a circle of young scientists of different disciplines at the beginning of the 1870s, which was called “metaphysical club”. Here, Peirce got to know the philosophy of Alexander Bain, from whom he adopted the principle of doubt and the convictions that determine people’s actions. Peirce presented his basic ideas on pragmatism and put them up for debate, which later gave rise to his important series of essays from 1877/78. This publication in Popular Science is usually referred to as the birth of pragmatism.

Between 1871 and 1888 Peirce was able to undertake a total of five research trips, each lasting several months, to Europe as part of his geodetic task, where he met a number of prominent scientists. In 1879 Peirce was appointed “half-time lecturer of logic” at Johns Hopkins University in Baltimore, his only permanent academic position. In 1887 Peirce used the inheritance of his parents to buy a farm near Milford, Pennsylvania, where he spent the rest of his life – with the exception of a few trips, especially to lectures – writing incessantly. In the late 1880s Peirce made a major contribution to The Century Dictionary and Cyclopedia, an encyclopaedia of 450,000 terms and names in mechanics, mathematics, astronomy, astrology and philosophy edited by James Mark Baldwin. After he had delivered an extensive scientific report about his pendulum tests to the US Coast Survey, but this report had been rejected by Thomas C. Mendenhall, who had been Superintendent for only a short time, Peirce gave up his position with this authority after more than 30 years at the end of 1891. He had thus lost his secure economic livelihood and now had to earn his money exclusively through teaching, translations, lectures and publications.

In the course of time he got into ever greater financial difficulties, which accompanied him until the end of his life. Often enough the money was lacking to procure only food or fuel for the heating. In 1898, through William James, with whom he had been friends since the time he studied chemistry, Peirce was able to give a series of lectures at Cambridge on the general topic of reasoning and the logic of things. In 1903 James was again able to help James, so that Peirce was given the opportunity of a lecture series at Harvard on Pragmatism as a Principle and Method of Right Thinking. Thus Peirce, at a relatively mature stage of his thinking, presented essential cornerstones of his philosophy in a closed context, but did not publish them. Peirce had no children and died of cancer in 1914.

Only after the publication of the Collected Papers did systematic cataloguing and microfilming begin. The microfilming was only completed in 1966 (provisionally). Again and again additions were found in the archives, most recently in 1969, so that the microfilm files and the catalogues had to be updated. The current cataloguing is based on the year 1971, when it became clear that Peirce had left about 1650 unpublished manuscripts with about 80,000 handwritten pages, most of which have not yet been published. Some of the documents that had not gone to Harvard were lost because they were burned after the death of Peirce’s wife Juliette.

“It is the man of science, eager to have his every opinion regenerated, his every idea rationalized, by drinking at the fountain of fact, and devoting all the energies of his life to the cult of truth, not as he understands it, but as he does not yet understand it, that ought properly to be called a philosopher.”
— Charles Sanders Peirce, [11]

Alongside Ferdinand de Saussure,[9] Peirce is one of the founders of semiotics, his preferred term being “semeiotic”, while Saussure described his own approach as “sémiologie” (semiology). In contrast to Saussure’s concept of the sign, which refers exclusively and formally to language, so that essential impulses for linguistics arose from it, Peirce’s concept of the sign is holistic: in addition to its representational function, it also contains a cognitive function of the signs. Likewise, the semiotics of Peirce must not be mixed with the subdivisions of Charles W. Morris (syntax, semantics, and pragmatics) (although Morris refers to Peirce).

Peirce defined semiosis as “… a process or an influence which is or contains the interaction of three objects, namely the sign, its object and its interpreter; a threefold influence which in no case can be resolved in pairs.” He divided semiotics into speculative grammar, logical criticism and speculative rhetoric. For him, the word “speculative” was synonymous with “theoretical”.

As with other subjects, Peirce never wrote an exact determination of his semiotics. Rather, he has been involved with the subject throughout his life, often changing his perception of the definition of key terms.

The Fixation of Belief – Charles Peirce, [8]