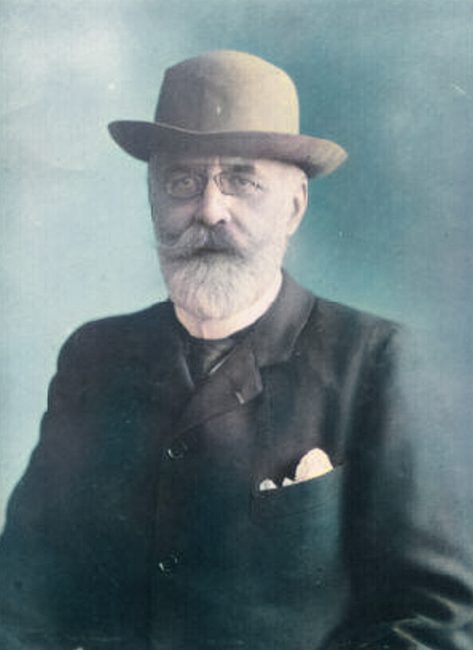 On February 19, 1846, French orientalist and archeologist Charles Simon Clermont-Ganneau was born. Besides his archeological research and field work, he is best known for his exposition of several archaeological frauds with the British Museum, the Imperial Museum, Berlin, or the Louvre in Paris.

Charles Clermont-Ganneau was born in Paris, France, the son of Simon Ganneau, a mystic and sculptor. After the death of his father in 1851, he was mentored by Théophile Gautier. He pursued literary studies and learned Hebrew, Clermont-Ganneau earned the degree of licencié and entered the school of the Jeunes de Langue. This experience prepared him for a career of dragoman in the East. Around 1867, his first post was at the consulate in Jerusalem. In the 1870s, he identified the biblical city of Gezer (as in Joshua 16:11) with that of Abu Shusha. It is also believed that was then employed by the British government to take charge of an archaeological expedition to Palestine.

His discoveries include the rock-tomb of the Biblical Shebna and he explored and discovered several tombs in Wadi Yasul, a valley south of Jerusalem. He claimed that it had been used as a sort of cemetery for Jerusalem in ancient periods. Clermont-Ganneau came to the conclusion that this valley was Azal mentioned in Zechariah 14:5 in the Bible. Probably his greatest success was the acquisition of Mesha Stele, the oldest known Semitic inscription, for France, in which other European states such as the German Reich (with the support of the Ottoman Empire) were also interested, which also led to diplomatic entanglements. The Bedouin tribe that found the stele broke it into several pieces in 1869, some of which were lost. Immediately before, Clermont-Ganneau had sent an Arab confidant to the Bedouins to make a copy of the inscription. This enabled Clermont-Ganneau to reconstruct the stela later on.

Charles Simon Clermont-Ganneau was then also entrusted by the government with expeditions to Syria and the Red Sea. In 1871, he discovered a warning sign in Jerusalem that warned unauthorized persons before entering the temple and threatened them with the death penalty (she later came to Istanbul). During investigations for the Palestine Exploration Fund in 1874, he investigated rock tombs around Jerusalem and dug Nikopolis in Emmaus. He was made chevalier of the Legion of Honour in 1875. In the 1880s, Clermont-Ganneau served as vice-consul at Jaffa and returned to Paris as secrétaire interpréte for oriental languages. After being appointed consul of the first class, he accepted a position as director of the École des Langues Orientales and professor at the Collège de France. 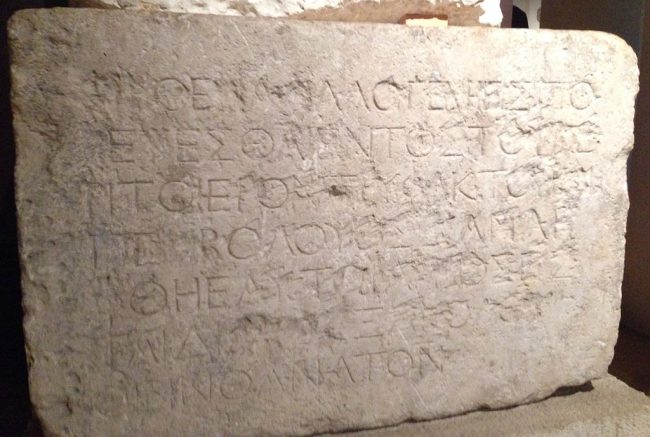 Jerusalem Temple Warning: Translation: “Let no foreigner enter within the parapet and the partition which surrounds the Temple precincts. Anyone caught [violating] will be held accountable for his ensuing death.“

One Million Pounds for a Forgery

In the 1870s, after Jerusalem antiquities dealer Moses Wilhelm Shapira offered a set of Moabite artifacts for sale, Clermont-Ganneau attacked the collection as a forgery. In 1883, Shapira offered the so-called Shapira Strips, fragments of ancient parchment allegedly found near the Dead Sea, for sale to the British Museum, which exhibited two of the 15 strips, requesting an amount of one million pound. The Hebrew text hinted at a different version of Deuteronomy, including a surprising eleventh commandment (“Thou shalt not hate thy brother in thy heart: I am God, thy God“). Clermont-Ganneau attended the exhibition, and was the first person in England to attack their authenticity. Later Charles Simon Clermont-Ganneau showed that the leather of the Deuteronomy scroll was quite possibly cut from the margin of a genuine Yemenite scroll that Shapira had previously sold to the Museum. However, the shame brought about by accusations that Shapira was involved in the forging of ancient biblical texts drove him to suicide in 1884. The discovery of the Dead Sea scrolls in 1947, in approximately the same area he claimed his material was discovered, has cast some doubt on the original forgery charges.

Tiara of Saitaferne acquired by the Louvre Museum in 1896, afterwards shown to be a fake.

The orientalist and archeologist also took a major part in the investigation of the Tiara of Saitaferne in the 1900s. The tiara had been purchased by the Louvre and exhibited as an antique. A large discussion came up regarding the perpetrators, however, it was agreed that the tiara was manufactured in modern times.

Charles Simon Clermont-Ganneau was elected a member of the Académie des Inscriptions et Belles Lettres in 1889. In 1906, he became minister plenipotentiary. His publications include Études d’archéologie orientale, 2 vol. (1880–97; “Studies in Eastern Archaeology”). Clermon-Ganneau died on February 15, 1923 at age 76.