You are here: Home › medical science › Bernard Siegfried Albinus and his Anatomic Works 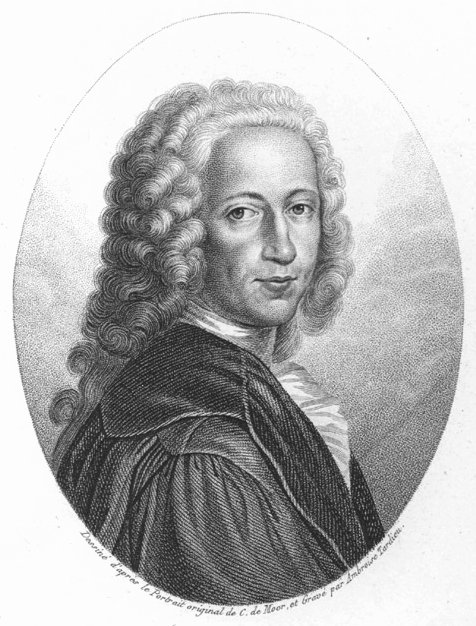 On September 9, 1770, German anatomist Bernard Siegfried Albinus passed away. He was the first to show the connection of the vascular systems of the mother and the fetus. He is best known for the excellent drawings in his Tabulae sceleti et musculorum corporis humani (1747; Tables of the Skeleton and Muscles of the Human Body).

Bernard Siegfried Weiss was born in Frankfurt (Oder), Germany. Already his father was professor for medical science at the local university and was offered a new position in Leiden in 1702. The young Bernard Siegfried Weiss, who later on called himself ‘Albinus‘, was very well educated in Leiden and excelled in his studies. He was allowed to enter the university at the age of 12, where he attended lectures by his father, Johannes Jacobus Rau, Govard Bidloo, Frederik Dekkers and Herman Boerhaave.[4] Albinus finished his education in Leiden around 1718 and moved to Paris in order to study anatomy and botany under the guidance of Sébastien Vaillant, Jacob Winslow and others. However, Albinus was told to return to Leiden one year later in order to start his position as teacher of anatomy and surgery. For this purpose he gave the introductory speech de Anatomia comparata on October 2, 1719. On September 19 of the same year, he was appointed Doctor of Medicine Honoris causa (honorary).

Professor of Anatomy in Leiden

After the death of his father, Albinus was appointed professor at Leiden and he became one of the best known and most appreciated teachers in the field of anatomy in Europe. During his time in Leiden, Albinus came in contact with Jan Wandelaar, an artist and engraver. It was this collaboration and the art of Jan Wandelaar which have made Albinus’ books and illustration famous. Even though Albinus was often criticized for the luscious, detailed, and sometimes strange backgrounds of his anatomical images, the scientist defended the extraordinary art work of Wandelaar. 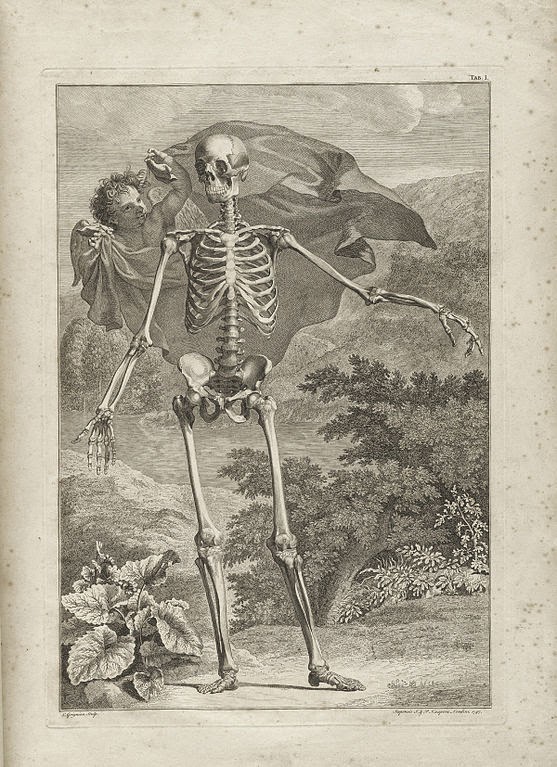 Both dedicated their professional career to the faithful reproduction of anatomy in their publications, developing a grid system to reduce errors in production and printing. To Albinus‘ most famous publications belong “Historia muscolorum hominis” from 1734,  “Icones ossium foetus humani” from 1737, and “Tabulae sceleti et musculorum corporis humani” from 1749.

In 1745 Albinus became a professor of practical medicine, which also brought with it the task of teaching physiology. Albinus received further offers to take over a chair in Halle (Saale) as well as in Göttingen. He declined both offers and remained in Leiden until his death in 1770. Albinus also participated in the organizational tasks of the Leiden university and was rector of the alma mater in 1726/27 and 1738/39. Albinus received numerous offers to start teaching and researching across Europe, but always stayed in Leiden. In 1764 he was elected as a member of the Royal Society. Since 1753 he was an honorary member of the Russian Academy of Sciences. Bernard Siegfried Albinus passed away six years later.

At yovisto academic video search, you may be interested in the Anatomy lecture by Professor Meighan at Berkeley.