You are here: Home › aviation › Harriet Quimby – the First Woman to Fly Across the English Channel 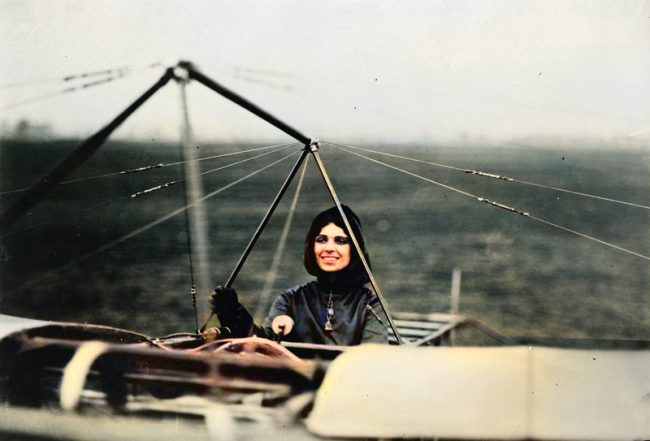 On April 16, 1912, Harriet Quimby became the first woman to fly across the English Channel. She was the the first woman to gain a pilot’s license in the United States. Although Quimby lived only to the age of thirty-seven, she had a major influence upon the role of women in aviation.

Harriet Quimby was born into a farmer’s family in Michigan and moved to San Francisco in order to become an actress. However, Quimby later decided to become a journalist instead and continued her career in New York City. There, she wrote often for the Leslie’s magazine. Quimby began to travel and earned herself a great reputation as a journey reporter and photographer traveling across Cuba, Europe, Egypt, and Mexico. 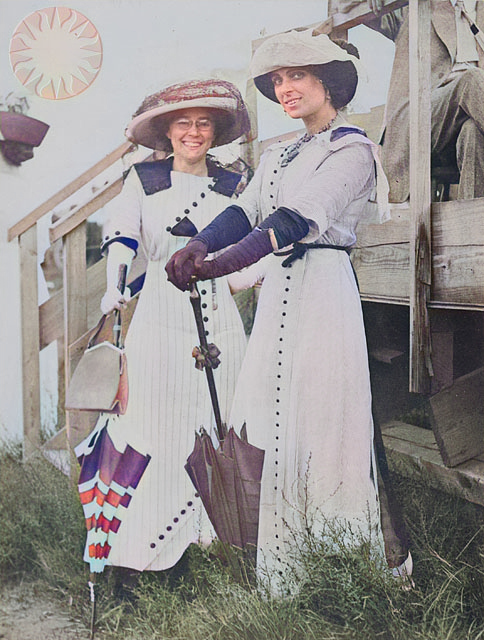 Matilde Moisant (left) and Harriet Quimby, the first two women in the United States to obtain pilot certificates (photo circa 1911–1912)

Around 1906, Harriet Quimby discovered her interest in fast vehicles during a work on the Vanderbilt racetrack. Soon, she bought her own car and became known as a very successful young woman, who traveled around the world and even managed to support her family financially. It is assumed that Quimby’s interest in aviation was initiated in 1910 when she visited a flight contest at Belmont Park. The young woman got to know John Moisant, who was back then a very popular aviator and teacher and became known for his flight around the Statue of Liberty. As the Wright Brothers did not take any female students at the time, Quimby was very pleased that Moisant agreed to teach her.[4]

Next to her increasing interest in flight, Harriet Quimby also began writing screenplays for silent movies and continued her journalism career. On 1 August, 1911, she received her pilot license as the first woman in the United States. In the Leslie’s, she wrote about her adventures as the first woman flying over Mexico and as the first woman achieving a flight at night time. Also, she fantasized about the future of aviation and imagined big flight airlines that would carry thousands of passengers every day. Her next big goal was the crossing of the English Channel from Great Britain to France, but she kept this plan secret for a while. Only Louis Blériot,[5] who crossed the channel in the other direction in 1909 knew about her plans and allowed Quimby to use his plane. The highly motivated Quimby faced bad luck on 2 April, 1912. Gustav Hamel took Eleanor Trehawke Davie with him while crossing the channel and Quimby could not be the first woman to achieve this. However, she continued her plans and became the first female pilot to make it across the channel. Even though many came to applaud the female pilot for her achievement, it played only a minor role in the media, since the sinking of the Titanic, which occurred only two days before filled all newspapers back then.

After Quimby had returned to New York City, she planned to take part in further aviation competitions. On July 1, 1912, she flew in the Third Annual Boston Aviation Meet at Squantum, Massachusetts. Although she had obtained her ACA certificate to be allowed to participate in ACA events, the Boston meet was an unsanctioned contest. Quimby flew out to Boston Light in Boston Harbor at about 3,000 feet, then returned and circled the airfield. William A.P. Willard, the organizer of the event and father of the aviator Charles Willard, was a passenger in her brand-new two-seat Bleriot monoplane. At an altitude of 1,000 feet (300 m) the aircraft unexpectedly pitched forward for reasons still unknown. Both Willard and Quimby were ejected from their seats and fell to their deaths, while the plane “glided down and lodged itself in the mud”.[7,8]