You are here: Home › aviation › Anthony Fokker and his Famous Aircrafts 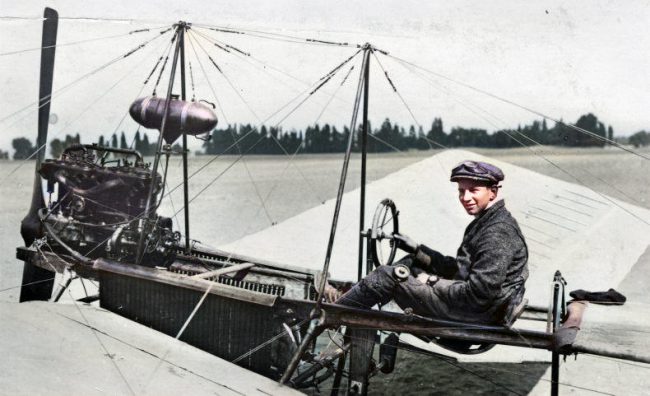 On December 23, 1939, Dutch aviation pioneer and aircraft manufacturer Anton Herman Gerard “Anthony” Fokker passed away. He is most famous for the fighter aircraft he produced in Germany during the First World War.

Anthony Fokker was born in Kediri on Java. His father Herman Fokker, owner of a coffee plantation on Java, returned with the family to Haarlem in the Netherlands in 1894. It is believed that at the age of about 16, Anthony Fokker witnessed his first airplane flight and his enthusiasm for aviation was awakened. The twenty-year-old Fokker was supposed to attend an automotive engineering course at the engineering school in Bingen in Germany in 1910, but he enrolled in a course for aircraft construction in Zahlbach near Mainz. During his studies he used the money of his father and his comrade-in-arms, First Lieutenant Franz von Daum, to have an aircraft built according to his ideas, the “Fokker Spider”, at the Goedecker Flugmaschinenwerke. On June 7, 1911, he acquired the pilot’s license (Flugschein) No. 88 of the German Aviation Association (DLV) on this machine according to the regulations of the Fédération Aéronautique Internationale (FAI) and is thus an Old Eagle.

After founding his aircraft factory “AHG Fokker Aeroplanbau” in Berlin-Johannisthal in February 1912, Fokker built about 25 aircraft of the type M.1 (Spider). The individual parts were supplied by Goedecker and assembled at Fokker. The young entrepreneur, who was suffering from a constant shortage of money, tried to obtain army contracts as well as pilot training and took part in design competitions. In the middle of 1913 Fokker moved his aircraft factory from Berlin to Schwerin, already in May he had opened a flight school at the airport Schwerin-Görries. In his factory, built from October 1913 in today’s Schwerin Bornhövedstraße, he mainly produced fighter planes which were used in World War I. At the beginning of 1914 the company was renamed “Fokker Aeroplanbau GmbH”, Fokker received the first military orders and the company recovered financially.

Machine Gun Synchronization and the War

It is assumed that Fokker was quite surprised by the outbreak of World War I. In the past, the engineer and pilot tried to sell his planes to other European countries without any success and since the Dutch declared themselves neutral, Fokker decided to stay in Germany. More of his unarmed scout and observation planes were demanded, but airmen quickly began dueling in the skies. The Germans were able to take down a French pilot who had a machine gun attached to his plane and Fokker was ordered to advance his technologies as well. He managed develop an innovative mechanism to synchronize a machine gun’s firing with propeller rotation so its bullets would never strike the blades, mounting the gun on one of his scout planes. The officials were doubtful at first but only until August 1915, when the first Fokker plane took down an enemy. The Germans realized their incredible advantage and for several months, there was no defense against them until the French managed to capture a Fokker plane, revealing the secret. [1,2]  The monoplane Fokker E.I was the first German aircraft with this revolutionary mechanism. This development gave the German airmen air superiority for about half a year. For this invention Fokker was awarded the Iron Cross by the German Emperor. The inventor Franz Schneider sued Fokker after the war for “patent theft”, but Fokker knew how to delay all trials and, despite conviction, paid nothing. It also turned out that Schneider’s patent would have failed in reality. 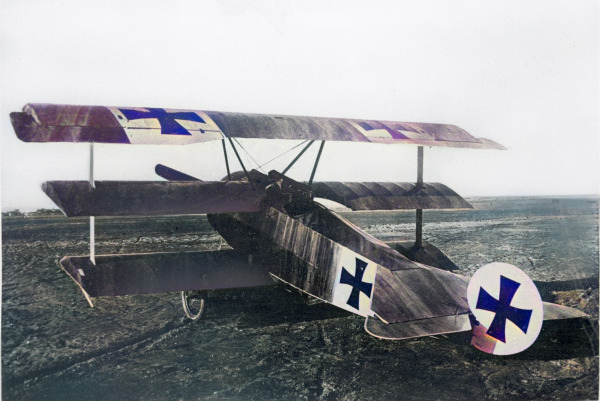 In 1915, on his 25th birthday, Anton Fokker received German citizenship on the instructions of the Supreme Army Command. Still, Fokker kept building more and better airplanes including the Fokker D-3 triplane, which was used by the infamous Red Baron. Fokker was probably the only aircraft manufacturer at his time who spoke personally to the pilots at the front to hear their opinions and wishes. His D-8 monoplane was so maneuverable, that the British called it the Flying Razor.  Werner Voss, for example, achieved 22 firings with the prototype (Fokker F.I 103/17) of the Fokker Dr.I. Within three weeks. By order of the Supreme Army Command, Fokker worked together with Hugo Junkers from 1917 to 1919.[3] But the two aircraft manufacturers pursued fundamentally different directions in aircraft construction. Except for a few experimental monoplanes there was no fruitful cooperation. After Germany’s surrender, the Fokker factories were supposed to be liquidated, but he smuggled numerous planes and engines to Holland, where he established a new factory.

Moving to the USA

The F-2 he developed was used by the Dutch Airline KLM before Fokker moved to the United States in order to establish the American Aircraft Corporation. He created the famous Fokker Trimotor, which was a huge sensation and set new benchmarks in the matter of comfort and safety. Fokker trimotors began setting records all over the world including the flight from from California to Australia. In 1929, General Motors acquired the Fokker Aircraft Corporation and build the 4-engined F-32, the United States’ largest transport of the time. [1] In 1931 a Fokker F.10 crashed on Transcontinental and Western Air Flight 5, killing the famous football coach Knute Rockne. As a result, these planes were grounded. In 1931 the cooperation of GM with Fokker was abandoned and GM closed all remaining Fokker factories. However, thanks to his contacts, Fokker became an agent to market Douglas and Lockheed aircraft in Europe.

With the beginning of the 1930s Fokker withdrew more and more from business life. On December 23, 1939, Anton Herman Gerard Fokker died in New York at the age of 49 after a surgical operation due to an infection of the surgical wound and meningitis.