You are here: Home › astronomy › ALMA – the largest and most expensive ground-based astronomical project 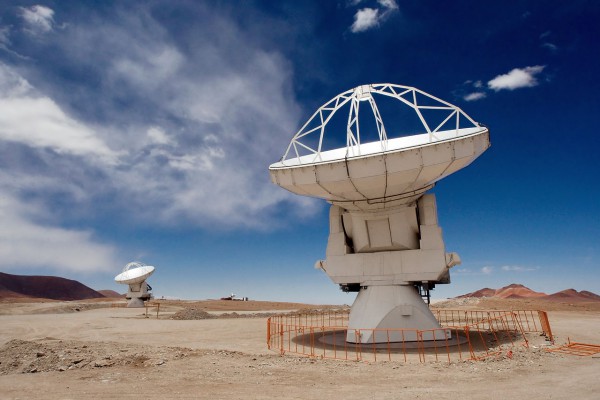 ALMA is an interferometer, i.e. many small radio telescopes working together as a single large telescope. The telescope dishes can be picked up and rearranged by special large transport vehicles. The water vapor in the Earth’s atmosphere absorbs radio waves, making radio astronomy difficult from sea level. Thus, for ALMA a plateau has been chosen about 5,000 meters above sea level in the Chilean Atacama desert, placing it above 40 percent of the Earth’s atmosphere. Each individual dish is up to 12 metres in diameter and weighs 115 tons. The ALMA radio telescope receives wavelengths of around 1 millimeter, between the infrared and radio parts of the electromagnetic spectrum.[2]

ALMA has its conceptual roots in the Millimeter Array (MMA) project of the United States, the Large Southern Array (LSA) project of Europe, and the Large Millimeter Array (LMA) project of Japan. In 1997, when the NRAO (National Radio Astronomy Observatory) and the ESO (European Southern Observatory) agreed to pursue a common project that merged the MMA and LSA, combining the sensitivity of the LSA with the frequency coverage and superior site of the MMA. The name “Atacama Large Millimeter Array”, or ALMA, was chosen for the new array in March 1999 and the signing of the ALMA Agreement on 25 February 2003, between the North American and European parties. A proposal from the NAOJ (National Astronomical Observatory of Japan) suggested that Japan would provide the ACA (Atacama Compact Array) and three additional receiver bands for the large array, to form Enhanced ALMA, to be known as the Atacama Large Millimeter/submillimeter Array. A groundbreaking ceremony was held on November 6, 2003.

For political reasons it was decided to employ ALMA antennas designed and constructed by known companies in North America, Europe, and Japan, rather than using one single design. The initial ALMA array is composed of 66 high-precision antennas, and operate at wavelengths of 0.3 to 9.6 mm. The array has much higher sensitivity and higher resolution than earlier submillimeter telescopes or existing interferometer networks. The array has been constructed on the Chajnantor plateau in the Atacama desert of northern Chile at 5,000 metres altitude, near Llano de Chajnantor Observatory and Atacama Pathfinder Experiment. The antennas can be moved across the desert plateau over distances from 150 m to 16 km, which will give ALMA a powerful variable “zoom”, similar in its concept to that employed at the Very Large Array (VLA) site in New Mexico, United States. 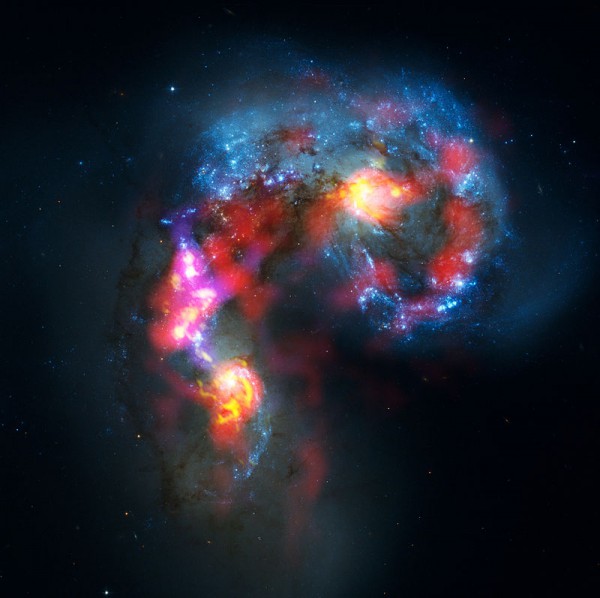 In 2011, sufficient telescopes were operational during the extensive program of testing prior to the Early Science phase for the first images to be captured. The target of the observation was a pair of colliding galaxies with dramatically distorted shapes, known as the Antennae Galaxies. Although ALMA did not observe the entire galaxy merger, the result is the best submillimeter-wavelength image ever made of the Antennae Galaxies, showing the clouds of dense cold gas from which new stars form, which cannot be seen using visible light. 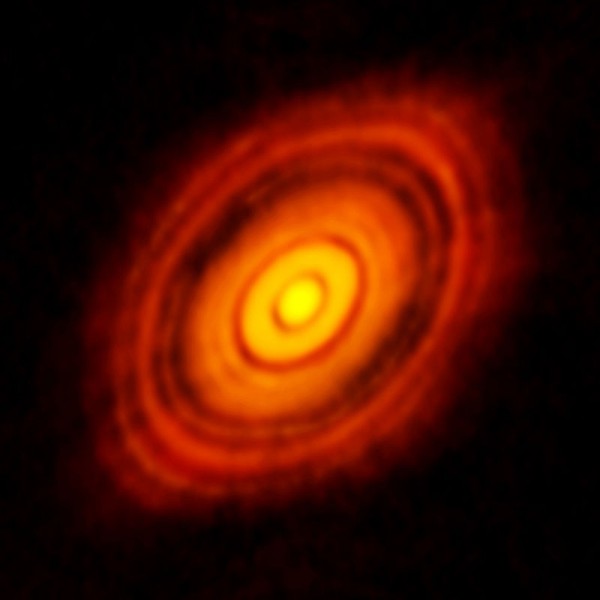 In 2014, an image of the protoplanetary disk surrounding HL Tauri (a very young T Tauri star in the constellation Taurus approximately 450 light-years from Earth) was made public, showing a series of concentric bright rings separated by gaps, indicating protoplanet formation. The disk appeared much more evolved than would have been expected from the age of the system, which suggests that the planetary formation process may be faster than previously thought. One theory suggests that the faster accretion rate might be due to the complex magnetic field of the protoplanetary disk.