You are here: Home › aviation › Alan Griffith and the Theoretical Foundation of the Turbojet Engine 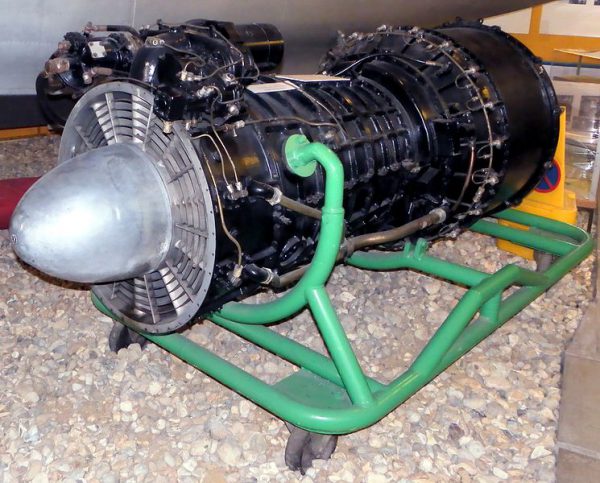 On June 13, 1883, British engineer Alan Arnold Griffith was born. Griffith is best known for his work on stress and fracture in metals that is now known as metal fatigue, as well as being one of the first to develop a strong theoretical basis for the jet engine. Griffith‘s advanced axial-flow turbojet engine designs, were integral in the creation of Britain‘s first operational axial-flow turbojet engine in 1941.

Alan Griffith and the Theory of Brittle Fracture

Alan Griffith earned his master’s degree and a Doctorate from the University of Liverpool. After completing his studies, Griffith joined the Physics and Instrument Department at the Royal Aircraft Establishment. During his theoretical studies on the nature of stress and failure in metals, Griffith found out that there were many microscopic cracks in every material. He hypothesized that these cracks lowered the overall strength of the material. This explained that the generally taken strength of a material was predicted much higher than its actual value. Alan Griffith began to formulate a theory of brittle fracture, using elastic strain energy concepts. In 1920 his work was published, titled “The phenomenon of rupture and flow in solids“. This influential paper significantly changed several industries as for instance aircraft designers better understood why their designs had failed even though they were built much stronger than was thought necessary at the time, and soon turned to polishing their metals in order to remove cracks. During the 1950s, Griffith’s work was generalized by George Irwin, Ronald Rivlin, and Alan Thomas.

A Theory of Turbine Design

Alan Griffith published his paper “An Aerodynamic Theory of Turbine Design” in 1926. In it, he showed that the insufficient performance of the back then existing turbines was due to a flaw in their design which meant the blades were “flying stalled”, and proposed a modern airfoil shape for the blades that would dramatically improve their performance. Griffith proposed an engine using an axial compressor and two-stage turbine. It was a forerunner of the turboprop engine. As a result, the Aeronautical Research Committee agreed to perform first a small-scale experiment and later on, several test concepts were developed.

Back then, also Frank Whittle researched turbine engines and in his thesis, Whittle proposed an engine using a centrifugal compressor and single-stage turbine, the leftover power in the exhaust being used to power the aircraft directly.[5] When the Air Ministry received the paper in 1930, it was forwarded to Griffith for comments. Alan Griffith came to the conclusion that Whittle had made a mistake in his calculations, stating that the large frontal size of the compressor would make it impractical for aircraft use, and that the exhaust itself would provide little thrust. As a result, the Air Ministry rejected Frank Whittle’s design. However, supported by friends in the RAF, Whittle patented his design in 1930.

At the South Kensington Air Ministry Laboratory, Alan Griffith became the principal scientific officer. There, Griffith invented the contraflow gas turbine, which used two sets of compressor disks rotating in opposite directions, one “inside” the other. It worked differently to the normal design in a way that the compressors blow the air against a stator, essentially a non-moving compressor disk. The effect on compression efficiency was noticeable, but so was the effect on complexity of the engine. 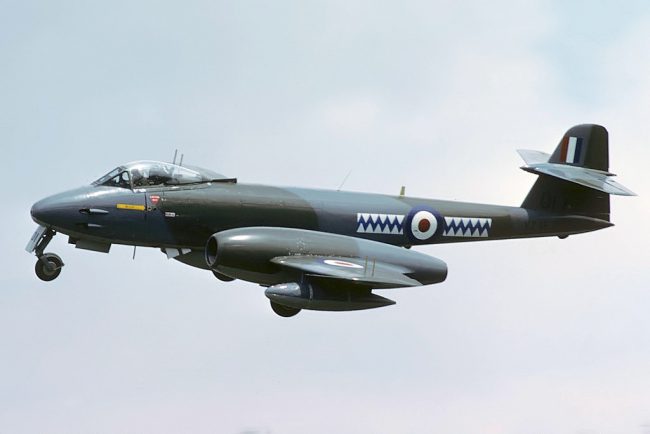 Griffith returned to the RAE in 1931 and became the head of the Engine Department in 1938. Back then, the work on an axial-flow engine began. Further, work on Griffith’s original non-contraflow design began with the turbine manufacturer Metrovick after Hayne Constant joined the Engine Department. The Metrovick F.2 was developed in 1940. It used a nine-stage axial compressor, annular combustor, and a two-stage turbine. The Metrovick F.2 first powered a Gloster Meteor in November 1943, outperforming similar models from Power Jets. Unfortunately, it was soon considered unreliable and never saw use during the war. However, its potential was used later on when the design was passed from Metropolitan-Vickers to Armstrong Siddeley and a larger version as the successful Sapphire was produced.

Alan Griffith began working at Rolls-Royce in 1939 and later became the company’s Chief Scientist. There, he designed the AJ.65 axial turbojet which led to the development of the Avon engine, the company’s first production axial turbojet. Griffith carried out pioneering studies into vertical take-off and landing (VTOL) technology, such as controlling in the hover using air jets. He proposed using batteries of small, simple, lightweight turbojets for lifting the aircraft in a horizontal attitude, a ‘flat-riser’. Control in the hover was investigated using the Rolls-Royce Thrust Measuring Rig but using conventional engines with deflected thrust. A battery of 4 lift engines was used in the Short SC.1. He worked from 1939 to 1960 as head of engine development at Rolls-Royce.