You are here: Home › economics › From Agriculture to Sport Cars – Ferruccio Lamborghini 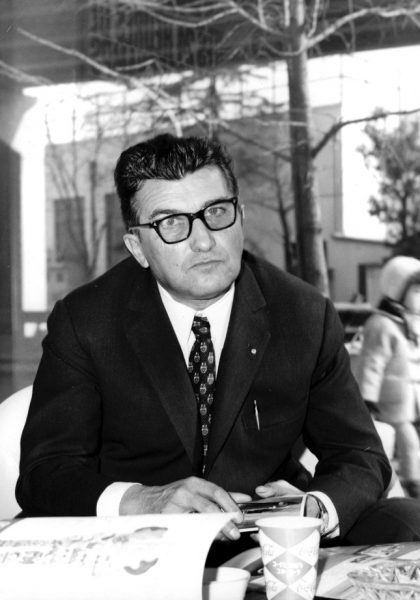 On April 28, 1916, Italian industrialist Ferruccio Lamborghini was born. Lamborghini entered the business of tractor manufacturing in 1948 and quickly became an important manufacturer of agricultural equipment. In 1963, he most famously created Automobili Lamborghini, a maker of high-end sports cars in Sant’Agata Bolognese.

Ferruccio Lamborghini was born in Renazzo di Cento, in the Province of Ferrara, in the Emilia-Romagna region of Northern Italy, to viticulturists Antonio and Evelina Lamborghini. As a young man, he soon realised that he did not wish to follow in his father’s footsteps by becoming a farmer, for he felt a natural affinity with machinery. Following his interest in mechanics, Lamborghini studied at the Fratelli Taddia technical institute near Bologna. In 1940 he was drafted into the Italian Royal Air Force, where he served as a mechanic at the Italian garrison on the island of Rhodes (territory of the Kingdom of Italy since 1911, after the Italo-Turkish War), becoming the supervisor of the vehicle maintenance unit. Lamborghini was taken as prisoner when the island fell to the British at the end of the war in 1945, and was not able to return home until the next year. With the ending of the war, Lamborghini opened a garage at Cento, near to his birthplace, where he was kept busy keeping pre-war cars, lorries and tractors in running order.[2] 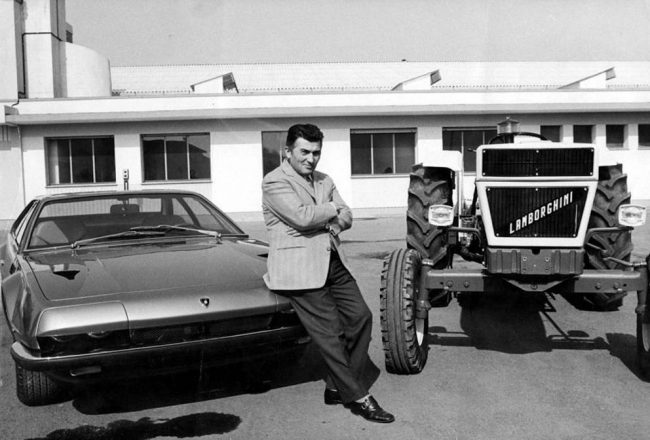 Ferruccio Lamborghini with a Jarama and a tractor of his brand

Lamborghini modified an old Fiat Topolino he had purchased and made use of his mechanical abilities to transform the homely city car into a sportscar which he entered in the 1948 Mille Miglia. His participation ended after 700 miles when he ran the car into the side of a restaurant. As a result, Lamborghini lost his enthusiasm for motor racing, a sentiment that would endure for many years to come. It was Ferruccio’s father who was indirectly responsible for the Lamborghini name’s being known throughout Italy. He urgently required a tractor and his son obliged by making him one.[2] Using recycled parts from Allied army surplus and abandoned German tanks, Lamborghini built the first of his “Carioca” tractors, themselves based on the six-cylinder petrol engines of Morris trucks coupled to a General Motors transmission, with power being conveyed via a Ford differential. As petrol in Italy was prohibitively-priced, Lamborghini augmented the Morris engines with a fuel atomiser of his own creation, which allowed the tractors to be started with petrol, then switch to the cheaper diesel fuel. Based on the initial success of the Carioca, Lamborghini founded Lamborghini Trattori and began manufacturing tractors.

Ferrari’s Cars were good, but too noisy

In 1958, Lamborghini traveled to Maranello to buy a Ferrari 250GT, a two-seat coupé with a body designed by coachbuilder Pininfarina. Lamborghini thought Ferrari’s cars were good, but too noisy and rough to be proper road cars, categorizing them as repurposed track cars with poorly built interiors. Lamborghini found that Ferrari’s cars were equipped with inferior clutches, and required continuous trips to Maranello for rebuilds; technicians would secret the car away for several hours to perform the work, much to Lamborghini’s annoyance. After successfully modifying one of his personally-owned Ferrari 250GTs to outperform stock models, Lamborghini gained the impetus to pursue an automobile manufacturing venture of his own, aiming to create the perfect touring car that he felt no one could build for him. Lamborghini believed that a grand tourer should have attributes that were lacking in Ferrari’s offerings, namely high performance without compromising tractability, ride quality, and interior appointments. Yet despite its mechanical sophistication, the car lacked the charisma of the best of the Pininfarina-styled Ferraris. 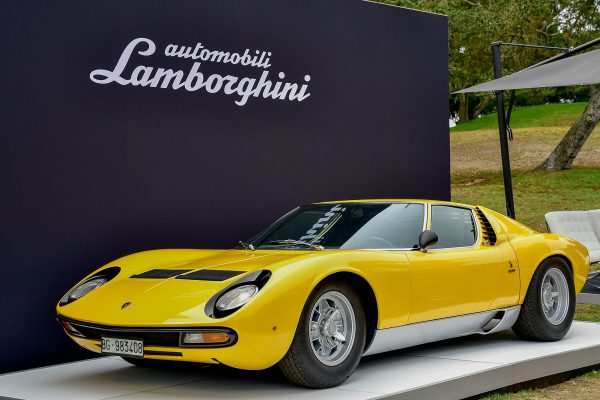 The Lamborghini Miura, By Template:Guy Kawasaki (Own work) [CC BY-SA 4.0], via Wikimedia Commons

A clever businessman, Lamborghini also knew that he could make triple the profit if the components used in his tractors were installed in a high-performance exotic car instead. In 1966 the company surprised the automobile industry with the Miura, a low-slung, V-12 two-seater that could exceed 298 km/h (185 mph). In some respects, the model suffered from some of the very deficiencies that Lamborghini had so striven to eliminate, for it was both hot and noisy although the Bertone coachwork was low, daring and sensational.[2] By the end of the 1960s Lamborghini’s luxury sports cars were in demand by sports car enthusiasts and by celebrities impressed with the cars’ quality and panache.[1]

The 1970’s OPEC Oil Crisis caused a large financial crisis for Lamborghini. Lamborghini Trattori, which exported about half of its tractors, ran into trouble when the South African importer cancelled all of their orders. The Bolivian military government cancelled a large shipment of tractors ready to ship from Genoa. Since all of the Lamborghini Trattori employees were unionized, they could not be fired or laid off, which put immense financial strain on the company.[3] In 1974 Lamborghini exited the industrial world and retired to an estate named “La Fiorita” on the shores of Lake Trasimeno, in Castiglione del Lago, a town in the Umbria region of central Italy.