You are here: Home › mathematics › Abraham de Moivre and the Doctrine of Chances 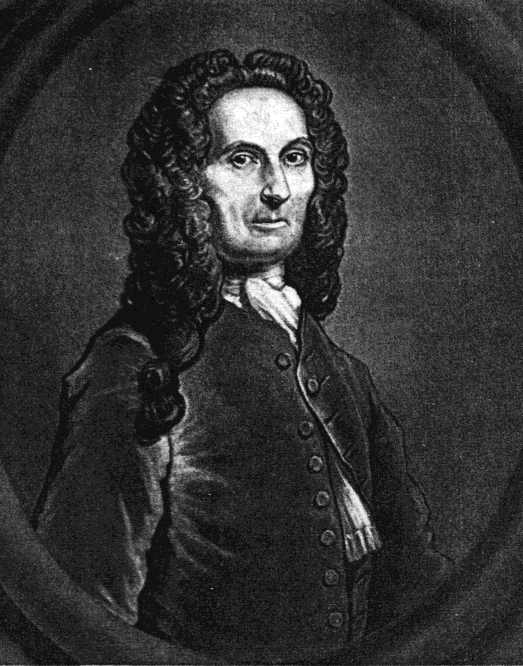 On May 26, 1667, French mathematician Abraham de Moivre was born. De Moivre is best known for de Moivre‘s formula, one of those that link complex numbers and trigonometry, and for his work on the normal distribution and probability theory. He was a friend of Isaac Newton, Edmond Halley, and James Stirling. De Moivre wrote a book on probability theory, The Doctrine of Chances, said to have been prized by gamblers. He also was the first to postulate the Central Limit Theorem, a cornerstone of probability theory.

“And thus in all cases it will be found, that although Chance produces irregularities, still the Odds will be infinitely great, that in process of Time, those Irregularities will bear no proportion to the recurrency of that Order which naturally results from Original Design.”
– Abraham de Moivre

Abraham de Moivre was born in Vitry-le-François in Champagne, France, to Daniel de Moivre, a surgeon who believed in the value of education. Though Abraham de Moivre’s parents were Protestant, he first attended Christian Brothers’ Catholic school, which was unusually tolerant given religious tensions in France at the time. When he was eleven, his parents sent him to the Protestant Academy at Sedan, where he spent four years studying Greek. When in 1682 the Protestant Academy at Sedan was suppressed, de Moivre enrolled to study logic at Saumur. Although mathematics was not part of his course work, de Moivre read several works on mathematics on his own including a short treatise on games of chance, De Ratiociniis in Ludo Aleae, by Christiaan Huygens. De Moivre studied logic and mathematics at Saumur from 1682 to 1684 and took private lessons from Jacques Ozanam in Paris in 1684.

By the time when religious persecution in France became severe with King Louis XIV issueing the Edict of Fontainebleau in 1685, de Moivre was detained in an abbey in Paris to persuade him to convert. Finally he moved to England, where de Moivre and his brother presented themselves as Huguenots admitted to the Savoy Church in London in 1687. By the time he arrived in London, de Moivre was a competent mathematician with a good knowledge of many of the standard texts and became a private tutor of mathematics. Seeing Newton’s recent book, Principia Mathematica, he realized that it was far deeper than the books that he had studied previously, and he became determined to read and understand it.[6]

By 1692, de Moivre became friends with Edmond Halley and soon after with Isaac Newton himself.[7] In 1695, Halley communicated de Moivre’s first mathematics paper, which arose from his study of fluxions in the Principia Mathematica, to the Royal Society. De Moivre also generalized Newton’s noteworthy binomial theorem into the multinomial theorem. The Royal Society became apprised of this method in 1697, and it made de Moivre a member. Encouraged by Halley, de Moivre turned his attention to astronomy. In 1705, he discovered that “the centripetal force of any planet is directly related to its distance from the centre of the forces and reciprocally related to the product of the diameter of the evolute and the cube of the perpendicular on the tangent.” The mathematician Johann Bernoulli proved this formula in 1710. Despite these successes, de Moivre was unable to obtain an appointment to a chair of mathematics at any university, partly because a bias against his French origins. De Moivre’s main income came from tutoring and it’s believe that he lived in poverty for his entire life.

In 1697 he was elected a Fellow of the Royal Society and in 1712 was appointed to a commission set up by the society to review the claims of Newton and Leibniz as to who discovered calculus. De Moivre continued studying the fields of probability and mathematics until his death in 1754.

The Doctrine of Chances

De Moivre pioneered the development of analytic geometry and the theory of probability by expanding the work of Christiaan Huygens and several members of the Bernoulli family. He also produced the second textbook on probability theory, The Doctrine of Chances: a method of calculating the probabilities of events in play. The first book about games of chance, Liber de ludo aleae (On Casting the Die), was written by Girolamo Cardano in the 1560s,[2] but it was not published until 1663. In the later editions of his book, de Moivre included his unpublished result of 1733, which is the first statement of an approximation to the binomial distribution in terms of what we now call the normal or Gaussian function. The definition of statistical independence—namely, that the probability of a compound event composed of the intersection of statistically independent events is the product of the probabilities of its components—was first stated in de Moivre’s Doctrine.[3]

An expression commonly found in probability is n! but before the days of calculators calculating n! for a large n was time consuming. In 1733 de Moivre proposed the formula for estimating a factorial as n! = cnn+1/2e−n. He obtained an approximate expression for the constant c but it was James Stirling who found that c was √(2π) . Therefore, Stirling’s approximation is as much due to de Moivre as it is to Stirling. De Moivre also published an article called “Annuities upon Lives” in which he revealed the normal distribution of the mortality rate over a person’s age. From this he produced a simple formula for approximating the revenue produced by annual payments based on a person’s age.

De Moivre became a member of the Royal Prussian Academy of Sciences in 1735, and in 1754 – five months before his death – the Académie des sciences also honoured him for his achievements as a mathematician with membership. De Moivre, like Cardano, is famed for predicting the day of his own death. He found that he was sleeping 15 minutes longer each night and summing the arithmetic progression, calculated the date of his death as the day when the sleep time reached 24 hours, 27 November 1754. He should be right! [1]

“The manner of Demoivre’s death has a certain interest for psychologists. Shortly before it, he declared that it was necessary for him to sleep some ten minutes or a quarter of an hour longer each day than the preceding one: the day after he had thus reached a total of something over twenty-three hours he slept up to the limit of twenty-four hours, and then died in his sleep.”
— W.W.R. Ball, In History of Mathematics (3rd Ed., 1901), 394.