You are here: Home › engineering › Vladimir Zworykin and the Invention of Television 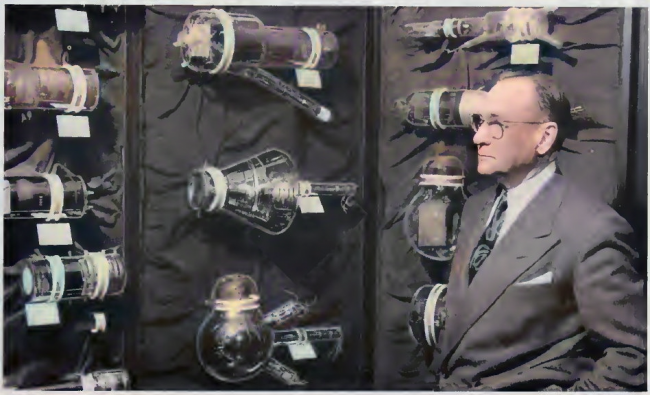 On July 30, 1888, Russian inventor, engineer, and pioneer of television technology Vladimir Zworykin was born. Zworykin invented a television transmitting and receiving system employing cathode ray tubes. He played a role in the practical development of television from the early thirties, including charge storage-type tubes, infrared image tubes and the electron microscope.

Vladimir Kosmich Zworykin was born in Murom, Russia, the son of Kosma A. Zworykin, a wealthy businessman, and Elaine Zworykin. He studied at the St. Petersburg Institute of Technology, under tv pioneer Boris Rosing. He assisted Rosing often with experimental work at his private laboratory. Together, the men experimented with a television system consisting of rotating mirror drum to scan images and displaying them with a cathode-ray tube. Zworykin continued his studies at the Collège de France, in Paris and served in the Russian Signal Corps during World War I. Afterwards he worked in the Officers’ Radio School in St. Petersburg, then called Petrograd. After the October Revolution of 1917, he fled to Omsk, then the center of the anti-Bolshevik movement in Siberia, where he worked on building radio stations.

In 1919, during a business trip to New York, the anti-Bolshevik movement in Siberia was finally crushed, so there was no way back home. In the USA he became an employee of the Westinghouse Electric Corporation in Pittsburgh, PA. and became a naturalized citizen in 1924. Already in 1923 he patented the iconoscope tube. The iconoscope is the first usable device for electronically scanning and separating images into electrical signals. Zworykin’s prototype was only realized in 1933, at a time when his competitor Farnsworth had already built this tube and used it in a camera (first in 1926). He also worked for C&C Development Company in Kansas City. Back at Westinghouse, Vladimir Zworykin filed a patent for an all-electronic television system. It used cathode-ray tubes for transmitting as well as receiving images. This is notable, because many other systems, like the one by Rosing, used mechanical devices like spinning disks and mirrored drums to capture the image. Zworykin built television systems based on his patent in 1924 and managed to demonstrate his electronic system to Westinghouse executives. 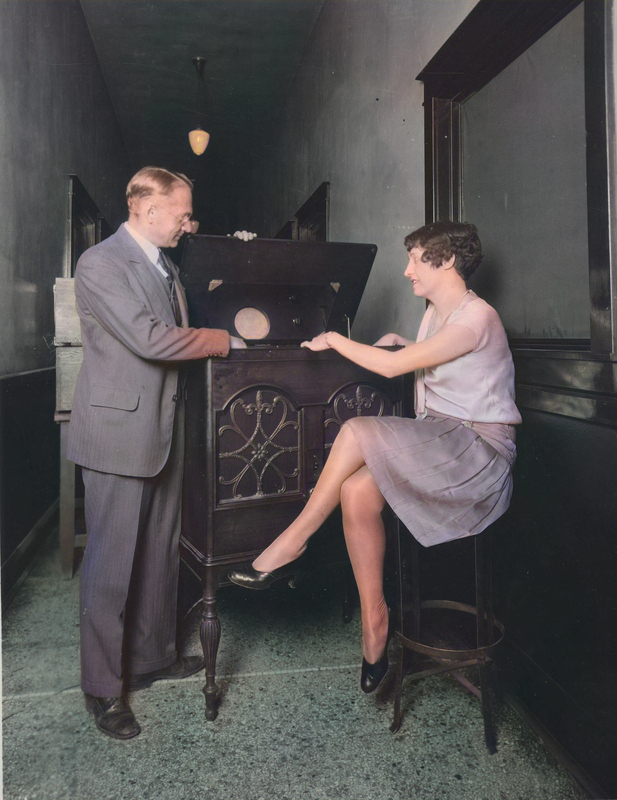 Unfortunately, they were not extremely impressed. However, he was assigned to continue his work on photoelectric cells and was sent to Europe to examine the television research performed in partnership with Westinghouse and the Radio Corporation of America. Zworykin was apparently quite impressed by the cathode-ray tube designed by Fernand Holweck and Pierre Chevallier at the Paris laboratory of French inventor Édouard Belin and was again enthusiastic about further developing electronic television, which was not shared by all Westinghouse executives. However, at some point, Zworykin was asked for the costs to bring electronic television to the market. Long story short, Zworykin was given the chance to perfect his cathode-ray receiver, the kinescope, which had a picture large enough and bright enough for home viewing. After Westinghouse’s television research had been transferred to RCA in 1930, Zworykin became head of the television division at RCA’s Camden, New Jersey, laboratory.

Vladimir Zworykin was inspired to develop an improved camera tube, the iconoscope, for which he filed a patent in 1931. RCA kept Zworykin‘s developments a secret, and only in 1933 was Zworykin able to announce the existence of the iconoscope. Today’s picture tubes practically correspond to Zworykin’s kinescope. In 1939 RCA introduced regular electronic television broadcasting at the New York World’s Fair. Zworykin was also involved in the development of colour television and the electron microscope (1942). In 1941 Zworykin was elected to the American Academy of Arts and Sciences , in 1943 to the National Academy of Sciences and in 1948 to the American Philosophical Society .