You are here: Home › explorer › Vitus Bering and his Arctic Expeditions 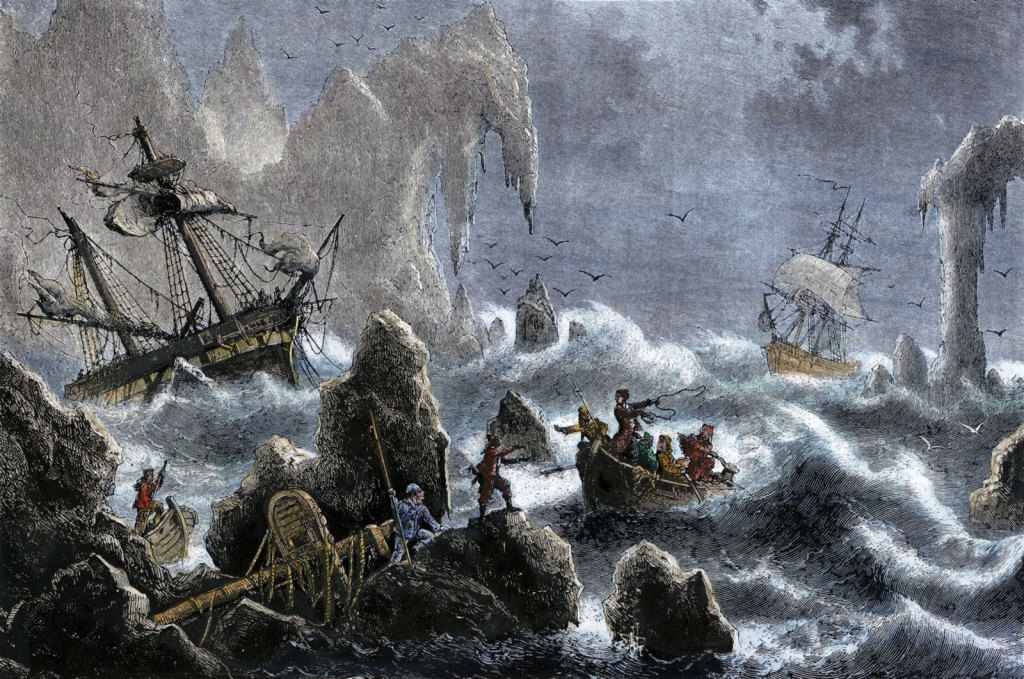 On December 19, 1741, (or December 8 according to the pre-Gregorian calendar), Danish explorer and officer in the Russian Navy Vitus Jonassen Bering passed away. He is known for his two explorations of the north-eastern coast of the Asian continent and from there the western coast on the North American continent. The Bering Strait, the Bering Sea, Bering Island, the Bering Glacier and the Bering Land Bridge have since all been (posthumously) named in his honor.

Vitus Bering was born in the port town of Horsens in Denmark to a family of reasonable financial security, with two of Vitus’ elder half-brothers both attending the University of Copenhagen. Vitus, however, did not, and instead signed on at age 15 as a ship’s boy. After a voyage to the East Indies, Bering joined the fleet of Tsar Peter I the Great [5] as a sublieutenant in 1703 and served in the Baltic Fleet during the Great Northern War. In 1710-1712 he served in the Azov Sea Fleet and took part in the Russo-Turkish war. At the war’s conclusion in 1721, Bering was not promoted like many of his contemporaries. In order to save face, Bering decided to retire from the navy and decided to live with the family of his wife Anna in Vyborg. After a period of joblessness lasting five months, however, Bering decided to reapply to the Admiralty and was accepted for a renewed period of active service the same day.

In 1724 the tsar appointed him leader of an expedition to determine whether Asia and North America were connected by land, because Russia was interested both in colonial expansion in North America and in finding a northeast passage — i.e., a sea route to China around Siberia. (In 1648 a Russian, Semyon Dezhnyov, had sailed through the Bering Strait, but his report went unnoticed until 1736.) On July 13, 1728, Bering set sail from the Siberian peninsula of Kamchatka and in August passed through the Bering Strait into the Arctic Ocean. Bad weather prevented thorough observation, and, though he did not sight the North American coast, he concluded that Siberia and America were not joined.[1] 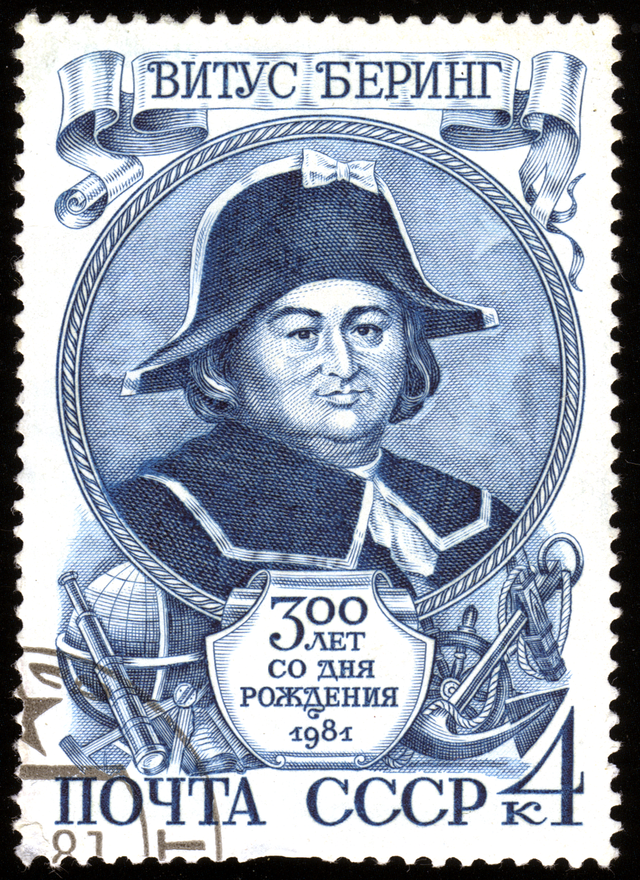 On 29 December 1725, Peter I of Russia asked Bering to command a voyage east, probably to map the lands between Russia’s eastern boundary and the North America continent. Preparations for the trip had begun some years before, but with his health rapidly deteriorating, the Tsar had ordered that the process be hurried, and it was with this backdrop that Bering was selected. Under the auspices of the Russian government, Bering led the expedition over 6,000 miles of wilderness and reached Okhotsk on the Pacific coast on Sept. 30, 1726. Then, they crossed to Kamchatka, and built the ship Sviatoi Gavriil (St. Gabriel). In her he pushed northward in 1728, until he could no longer observe any extension of the land to the north, or its appearance to the east.[2]

The St. Gabriel sailed northward, rounding East Cape on August 14, 1728. Since the Asiatic coast trended westward and no land appeared to the north, Bering decided that he had fulfilled his mission. He turned back at latitude 67° 18′ to avoid wintering on a desolate and unknown shore. The expedition spent the winter at Kamchatka, where Bering saw numerous signs indicating land to the east. But, bad weather conditions made further exploration impossible and Bering’s expedition returned to St. Petersburg in March 1730. It had been a long and expensive expedition, but it had provided useful new (though not perfect) insights into the geography of Eastern Siberia. Bering had not, however, proved beyond doubt that there was sea between Asia and North America.

Bering sought to undertake a second voyage. His simple plan, however, was expanded into Russia’s Great Nordic Expedition (1733–43), which was perhaps the largest scientific venture the world had ever known, both in scope and achievement. Bering marshaled about 10,000 soldiers, boatmen, carpenters, naval officers and scientists, plus many of their families, including his own – for a four-year trek across Russia. Bering’s orders were to sail south along the west coast of North America as far as 46 degrees N or until he touched upon the territory controlled by the Spanish or any other European power.[4] The expedition also pertained an “academic detachment,” including scholars to investigate the land masses of Siberia. Their research resulted in abundant material in the fields of natural history, geography, cartography, history, archaeology, ethnography and linguistics. Upon reaching Okhotsk in 1735, Bering had build two vessels, the St. Peter and the St. Paul. Each ship had 14 cannons and was designed to carry 76 men. Finally in 1739, a harbinger detachment was sent by Bering to the east coast of Kamchatka to build a base with houses and supply depots.

Over the winter, Bering recruited for the trip ahead naturalist and physician of German origin Georg Wilhelm Steller and from there he led an expedition towards America in 1741. The expedition spotted the volcano Mount Saint Elias on 16 July 1741, where it briefly landed. Steller ensured the voyage recorded the wildlife it encountered, discovering and describing several species of plant and animal native to the North Pacific and North America during the expedition. His objective complete, ill and exhausted, Bering turned ship and headed back towards port. The return journey then included the discovery of Kodiak Island. A storm separated the ships, but Bering sighted the southern coast of Alaska, and a landing was made at Kayak Island or in the vicinity.

On 8 December 1741 Vitus Bering died on the uninhabited island near the Kamchatka Peninsula, which was later given the name Bering Island in his honor. Out of 77 men aboard St. Peter, only 46 survived the hardships of the expedition. On 26 August 1742 they landed in Petropavlovsk, more than two years after they had set out on their voyage of discovery.