You are here: Home › music › Antonio Stradivari and his famous Strings 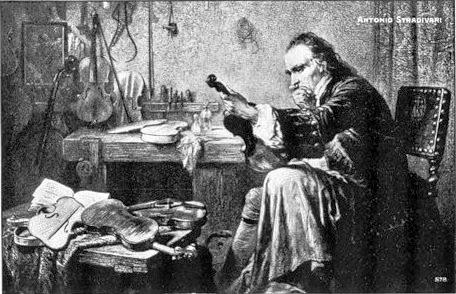 On December 18, 1737, famous Italian violin maker Antonio Stradivari passed away. Besides violins Stradivari also crafted cellos, guitars, violas, and harps. He is generally considered the most significant and greatest artisan in this field.

Antonio Stradivari was probably born in Cremona, Italy in 1644. It is not certain when and where he learned his craft, but even his earliest works show his great talent. There is only little known of Stradivari’s early life, but his oldest surviving violin was presumably from 1666. It is assumed that he began apprenticeship with Nicolo Amati at the age of about 12 years. Amati was the grandson of the great violin maker Andrea Amati and also held a great reputation. His way of building instruments was admired and he started teaching important figures from today’s perspectives like Matthias Klotz, who also became known for his violins. Other theories suggest that Stradivari may have learned the trade of carpenter before becoming a violin maker, which would explain the exquisite workmanship of his ornate instruments in particular. Census records show that he lived in the ‘Casa nuziale‘ from 1667 to 1680, a house owned by the woodcarver and cabinetmaker Francesco Pescaroli. Stradivari married Francesca Feraboschi in 1667 and spent the next 13 years in the ‘Casa nuziale‘. Over the course of eight years, the luthier and his wife had six children. In 1680 he bought a house in Piazza San Domenico, that is, near the workshops of Amati and Ruggieri. There, according to tradition, he made his most famous violins in the attic and experimented with clay and design. 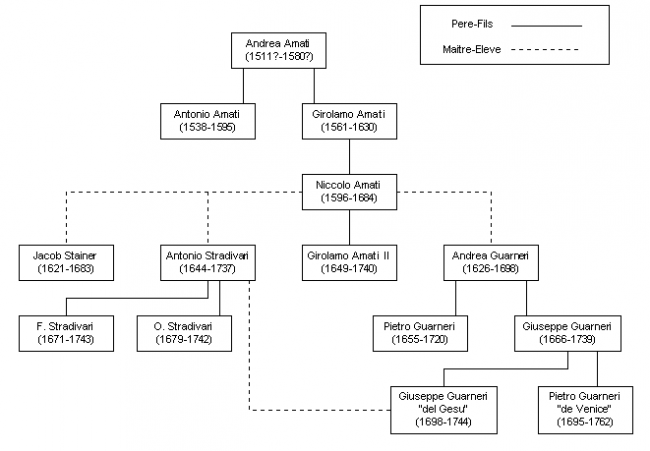 Stradivari’s work is usually divided into three (to four) periods according to the standard work of the Hill brothers[5]. The first, until about 1680, is called “Amatise” because his instruments are very much based on those of Nicolo Amati. In the second period, until about 1700, he experimented with a slightly longer model, hence the name long pattern. Then, from 1700, comes his so-called “golden period“, occasionally limited to 1720/1725, followed by the late period until his death in 1737. However, these are only rough divisions, and not every instrument from a particular “period” fits this classification. A special example from the transitional period from the Amatise to the Long-pattern period is the violin called “Hellier” from 1679, which is one of the few (ten in total) decorated instruments and one of the largest instruments – in terms of dimensions – that Stradivari built. In the 1680s Stradivari broke away from the Amati model and sought his own model (it is also speculated that he got to know instruments from Brescia by Gasparo da Salò and Maggini and emulated their sound). He still used Amati’s basic structure, but also built variations and experimented with different thicknesses of wood and various varnishes. The f-holes became longer and steeper, and he often provided the instruments with a more powerful scroll (the Hills call them “manlier”). 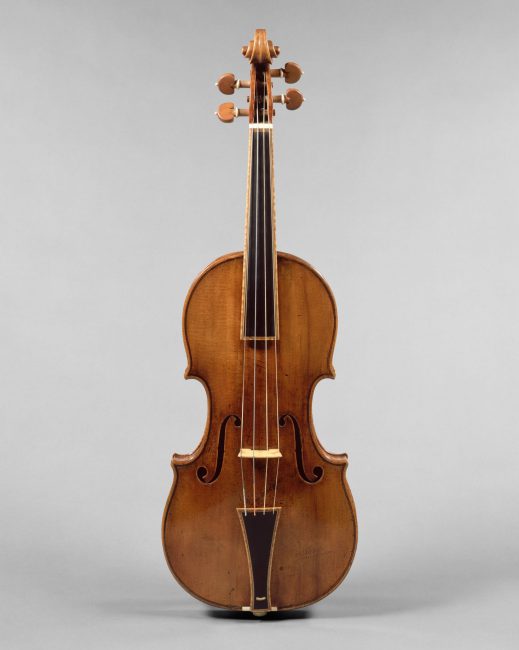 During his heyday, he created violins whose soundboxes are still unsurpassed today. The finish was in unique deep red varnish, with black edges, wide rims and wide corners. Among his most famous violins, made from 1700 to 1725, are the “Lipinski” of 1715 and the “Messias” of 1716. He never sold or gave away the “Messias“, and it remained his property until his death. After his 80th year, his works seem to have become somewhat less immaculate than those of the golden years; however, he continued to practice his craft until his death in 1737, and was still building the “Khevenhüller” in 1733. He built the instruments judged by posterity to be his best between 1700 and 1725, and his sons Omobono and Francesco may have had a hand in instruments signed after 1730. It is estimated that Stradivari made about 1100 violins, violas, cellos, some guitars and a harp. Of the cellos, only about 60 remain today, and an estimated total of 650 instruments are still in existence.

Antonio Stradivari died in Cremona on December 18, 1737 and was buried in the Basilica di San Domenico. When the church was demolished in 1868, his tombstone was saved from destruction. Since about 1800, Stradivari’s instruments have been very popular and fetch top prices at sales. Since that time, therefore, many replicas of his instruments have been made and marked with his name. Good copies are difficult to identify even for experts. With simpler copies, unmasking is easier. The Stradivarius nimbus has also led to unrealistic ideas about the supposedly unsurpassable euphony of these instruments. Even today, many high professional musicians play the historic instruments and the record price paid as a public auction for a Stradivari was over 2 million USD in 2005. The New Jersey Symphony Orchestra owned the largest known collection of Stradivari instruments, but sold it just recently. The highest price to date was achieved by the “Lady Blunt” auctioned by the Tarisio auction house in London in June 2011: an unknown bidder paid 9.8 million pounds sterling (around 11 million euros) at the Internet auction.

An introduction to Stradivari with Peter Sheppard Skaerved, violin, [11]