You are here: Home › astronomy › Victor Ambartsumian and Theoretical Astrophysics 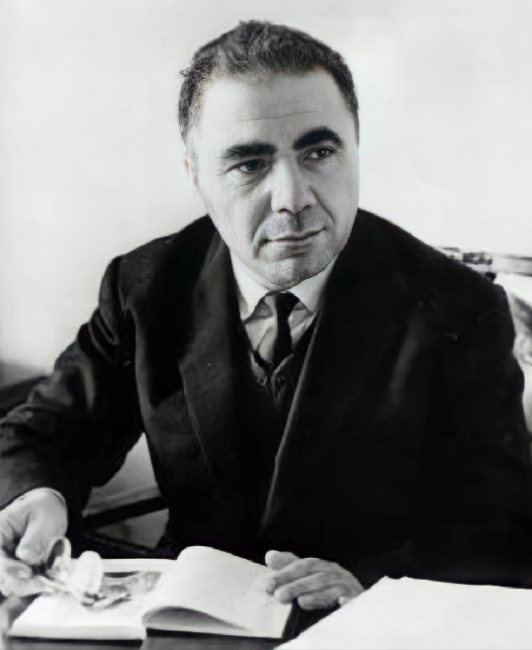 On September 5, 1908, Soviet astronomer and astrophysicist Viktor Amazaspovich Ambartsumian was born. Ambartsumian is well known as one of the founders of theoretical astrophysics. He worked in the field of physics of stars and nebulae, stellar astronomy, dynamics of stellar systems and cosmogony of stars and galaxies, and contributed to mathematical physics.

Victor Ambartsumian was the son of the prominent philologist and writer Hamazasp Asaturovich Ambartsumian, the translator of Homer’s Iliad into Armenian. He attended the University of Leningrad which is now Saint Petersburg State University to study astrophysics. Already one year later he was able to publish a scientific paper on solar activity. During his time as an undergraduate student, Ambartsumian would publish around 10 more papers. He later became a graduate student under A.A. Belopolskii at Pulkovo Observatory near Leningrad.

The Modern Theory of Gas Nebulae

During the 1930s until the early 1940s, Victor Ambartsumian lectured at the University of Leningrad and he headed its Astrophysical Department. He made significant advances in his theory of the interaction of ultraviolet radiation from hot stars with the surrounding gas.In 1932 Monthly Notices of the Royal Astronomical Society published a paper by Ambartsumian “On the radiative equilibrium of a planetary nebula” nowadays considered to be the cornerstone of the modern theory of the gas nebulae. In a series of research articles by Ambartsumian that topic was developed further. In one of these articles Ambartsumian (with N. A. Kozyrev) managed to evaluate for the first time the masses of the gas shells ejected by the novas. Elaborate methods developed by Ambartsumian were applied in the research of gas shells of the non-stationary stars. The evaluations of the masses proved significant in the problems of the stellar evolution. In particular they resulted in the identification of the symptoms of the pending changes in the life of a star. Ambartsumian laid the foundation of the theory of the star shells and gas nebulae and explained many particularities of their spectra.

Ambartsumian also dedicated a large amount of time to the research of inter-stellar matter in the Galaxy. He developed the concept that the light absorption in the Galaxy is caused by the presence of numerous dust nebulae or “absorbing clouds” in the inter-stellar space. On this basis, the fluctuation theory was later developed. Ambartsumian further observed the so-called continuous emission in the spectras of the young stars of the TAU Taurus type and their satellite non-stationary stars. These efforts contributed to important conclusions as regards the nature of the stellar energy sources. Moreover, He was the first to write a book in Russia on theoretical astrophysics.

Ambartsumian, together with Ivanenko, first proposed the idea that in the course of interactions of elementary particles with nonzero rest masses, some of them might be created or annihilated. The idea of the creation of particles with nonzero rest masses was absolutely new and did not follow from classical notions. The Ambarzumian – Ivanenko hypothesis of creation of massive particles ( 1930) became a cornerstone of contemporary quantum field theory.

During the years of the World War II, Ambartsumian created a new theory of light diffusion in turbid media, based on invariance principle invention of his own. Using that mathematical tool Ambartsumian resolved a number of nonlinear problems of the light diffusion. The invariance principle formulated by Ambartsumian and various modifications of this principle presently are being widely used to solve extremely complicated problems in astrophysics, mathematical and theoretical physics, electronics, geophysics, atmospheric physics, and other areas of science.

The Evolution of Galaxies

Another field of Ambartsumian’s astrophysical research involved the evolution of galaxies. He developed a concept of activity of the galactic nuclei, to have a decisive role in the genesis and evolution of the galaxies and their systems. An important research of Ambartsumian and his followers was dedicated to the blue ejections from the nuclei of the gigantic galaxies, galaxy systems of new type, the so-called compact galaxies, etc. 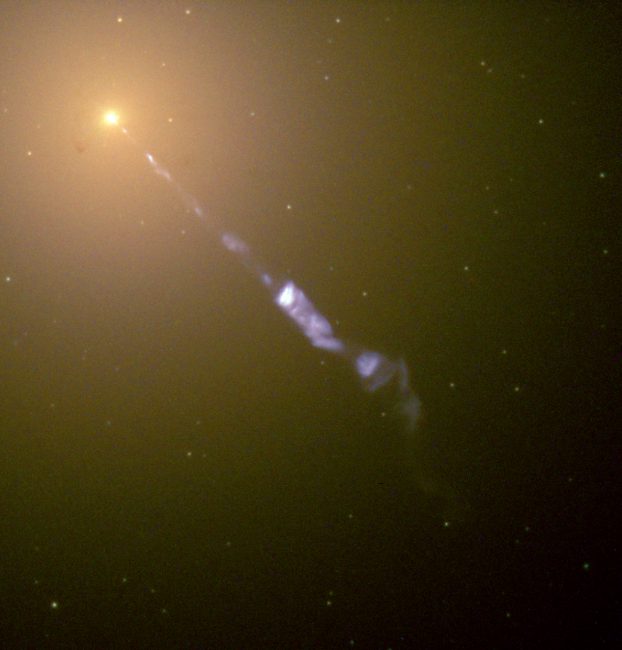 Image taken by the Hubble Space Telescope of a 5000-light-year-long jet ejected from the active galaxy M87. The blue synchrotron radiation contrasts with the yellow starlight from the host galaxy.

In 1946, Victor Ambartsumian founded the Byurakan Observatory. He further became the second and longest-serving president of the Armenian Academy of Sciences and served as the president of the International Astronomical Union from 1961 to 1964. He was twice elected the President of the International Council of Scientific Unions. In Time Magazine‘s list of the “most important people of the 20th century”, Ambartsumian was ranked third among the top ten personalities in the category “Most important scientists and thinkers” in 2000.