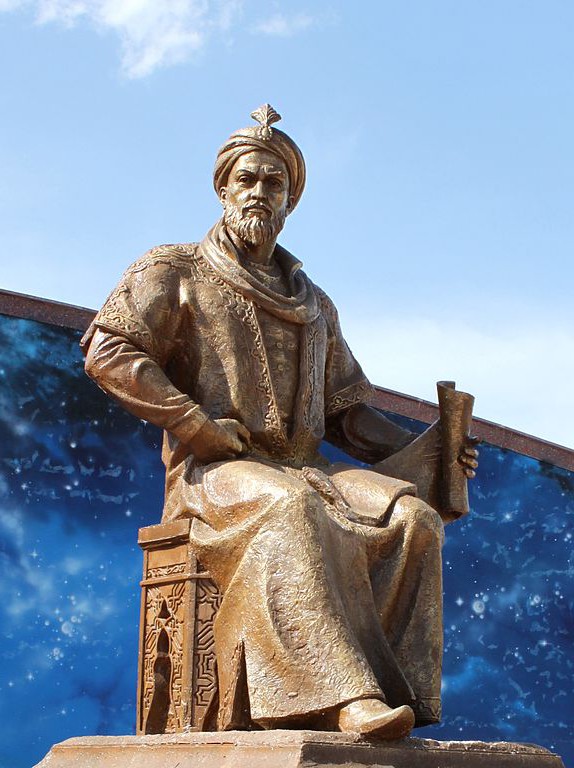 On March 22, 1394, Mongolian astronomer, mathematician and sultan Mīrzā Muhammad Tāraghay bin Shāhrukh, better known as Ulugh Beg was (probably) born. Although the only important Mongol scientist, he was the greatest astronomer of his time. Pursuing this interest he built an observatory at Samarkand. In his observations he discovered a number of errors in the computations of the 2nd-century Alexandrian astronomer Ptolemy, whose figures were still being used.

“Religions scatter like fog, the tsarist empires destroy themselves, but the works of the scholar remain for all time. The pursuit of knowledge is everyone’s duty!”
– Ulugh Beg

Ulugh Beg was a son of Shah-Ruch and his art-loving wife Gauhar-Shad and thus one of the grandsons of the conqueror Timur Lenk (Tamerlan). After Timur’s death, the empire was disputed among his sons including Skah Rukh, Ulugh Beg’s father. Starting from 1407, he controlled a great part of the empire including Iran and Turkistan regaining control of Samarkand. Two years later, Shah Rukh decided to make Herat in Khorasan his new capital and made it a center of trade and culture while Samarkand was given to Ulugh Beg, who was highly interested in making the city a cultural centre instead of dealing with politics and the military. [1,3]

It is believed that already in his early years, Ulugh Beg was interested in science, especially astronomy. He visited the remains of Maragha Observatory in his younger years. [2] However, Ulugh Beg also never neglected the arts, writing poetry himself and studying history. He built a center for higher education, especially mathematics, which was completed in 1420. Ulugh Beg began to appoint the best scientists he could find to positions there as lecturers. [1,2]

Ulugh Beg was engaged in mathematics and astronomy. Then came art, poetry and the study of the Koran. In 1417/20 he founded the Ulugh-Beg-Madrasa (higher school, with 60 to 70 scholars) in Samarkand, in 1428 the observatory Gurchani Zidsch. The scientists al-Kaschi, Qadi Zada and Ulugh Beg calculated the sidereal year to be 365 days, 6 hours, 10 minutes and 8 seconds (with an error of 58 seconds compared to the present value). This value was improved by 28 seconds in 1525 by Nicolaus Copernicus,[5] who appealed to the estimation of Thabit ibn Qurra (826–901), which had an error of +2 seconds. However, Ulugh Beg later measured another more precise value of the tropical year as 365d 5h 49m 15s, which has an error of +25 seconds, making it more accurate than Copernicus’s estimate which had an error of +30 seconds. Ulugh Beg also determined the Earth’s axial tilt as 23°30’17” in the sexagesimal system of degrees, minutes and seconds of arc, which in decimal notation converts to 23.5047°

Furthermore, between 1420 and 1437 the star catalogue Zij-i Sultani was created with the positions of 1018 and 992 stars respectively. Ulugh Beg built on the work of Muhammad ibn Musa al-Chwarizmi (ca. 780-850 mathematics, astronomy) and Ptolemy (ca. 90-160 astronomy). The work contained tables of observations made at the Observatory, calendar calculations and results in trigonometry. Further, several mistakes in the calculations of Ptolemy were found. In 1830 German astronomer Johann Heinrich von Mädler honored his astronomical work by naming the Ulugh Beg Moon Crater.

The Observatory of Samarkand

Al-Kashi became one of the leading figures of the scientific life of Samarkand and in his letters, he praised the mathematical achievements of Ulugh Beg, who led scientific meetings where problems in astronomy were freely discussed. [1] Soon, Ulugh Beg started to built an astronomical observatory at Samarkand and the construction works probably began in 1428. The observatory was over 35 meters high and 50 meters in diameter. [1,2] With the instruments located in the observatory in Samarkand, Ulugh Beg composed a star catalogue consisting of 1018 stars, which is eleven less stars than are present in the star catalogue of Ptolemy. Ulugh Beg utilized dimensions from al-Sufi and based his star catalogue on a new analysis that was autonomous from the data used by Ptolemy.  Lacking telescopes to work with, he increased his accuracy by increasing the length of his sextant; the so-called Fakhri sextant had a radius of about 36 meters (118 feet) and the optical separability of 180″ (seconds of arc). The Fakhri sextant was the largest instrument at the observatory in Samarkand (an image of the sextant is on the side of this article). There were many other astronomical instruments located at the observatory, but the Fakhri sextant is the most well-known instrument there. The purpose of the Fakhri sextant was to measure the transit altitudes of the stars. This was a measurement of the maximum altitude above the horizon of the stars. It was only possible to use this device to measure the declination of celestial objects

The scientists working at the observatory were able to find methods for giving accurate approximate solutions of cubic equations and work with the binomial theorem. Also, Ulugh Beg’s accurate tables of sines and tangents correct to eight decimal places were established and formulae of spherical trigonometry were found. 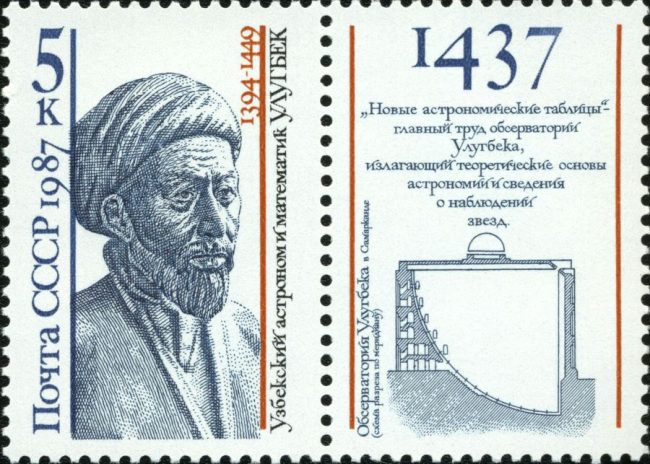 Ulugh Beg as a Ruler

Ulugh Beg was less successful as ruler, however. After the death of his father Shah Ruch in 1447, he got into trouble, because the takeover of power in Herat did not go smoothly. All princes played against each other in unclear fronts, the country was damaged and he could not be sure of the loyalty of his son Abd al-Latif. There were several disputes between the two. External enemies took advantage of the unrest: The Timurids lost the Syr-Darya region to Abu’l-Chair Khan, the founder of the Uzbek Khanate, who then advanced as far as Samarkand and attacked Ulugh Bug’s troops at Amu-Darya.

The popular clergy (Sufis, dervishes) were not enthusiastic, for Ulugh Beg put science above faith and certainly above his duties as Sultan. In addition, there were numerous overflowing celebrations. His son Abd al-Latif (murdered in 1450) had him deposed on the instigation of the Hodja Ubaidullah Ahrar († 1490), a friend of the small farmers and socially weak. Ulugh Beg was defeated at Samarkand after the clergy had apparently instigated repeated riots in the city. He found no refuge in Samarkand, surrendered and was sent on a pilgrimage, but was arrested and executed. The observatory was destroyed, but an astronomer with the star charts managed to escape. The area of the observatory was discovered and excavated by Russian archaeologists in 1908.

In 1941, Ulugh Beg’s tomb was discovered in the mausoleum built by Timur in Samarkand. [1,3]