You are here: Home › history › Titanic – the Unsinkable Ship and the Iceberg 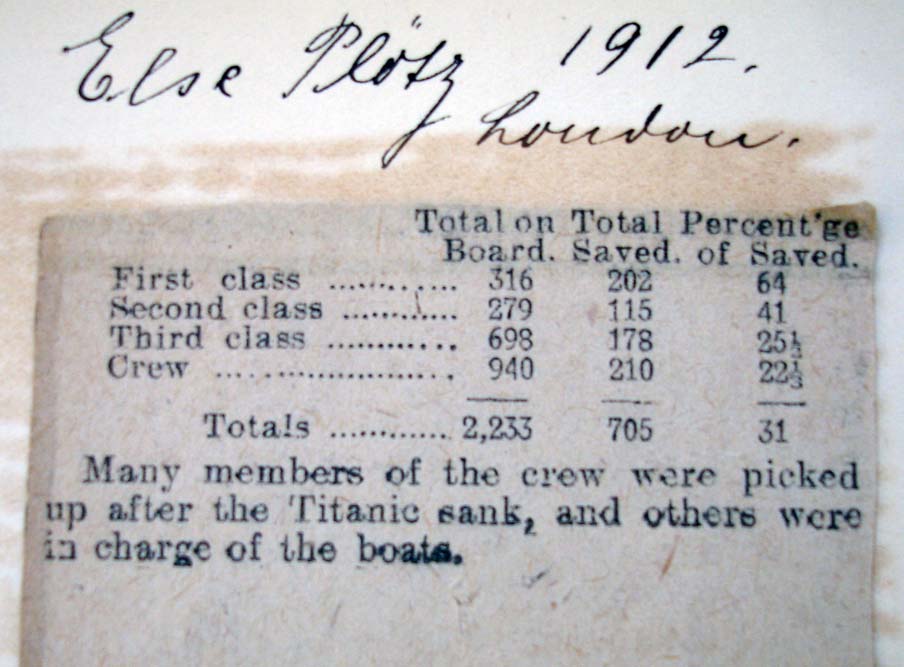 Statistics of Titanic’s Survivors from a Contemporary Newspaper, photo: @lysander07

On April 15, 1912, 2:20 AM, British passenger liner Titanic sank after colliding with an iceberg in the North Atlantic during her maiden voyage from Southampton to New York City, US, causing more than 1,500 deaths.

The Largest Vessel of the White Star Line

The RMS Titanic was one of the largest vessels of the White Star Line with a length of 269.06 m (882 feet) and a total weight of 46,328 gross register tons. The ship consisted of 10 decks and was equipped with three main engines of which two were reciprocating four cylinder and a low pressure Parsons turbine. The combination promised high speed as well as the the reduction of fuel usage. The electrical plant on board also claimed to be the highest standard, and indeed it was able to produce as much power as an average power station of the cities back in the day. 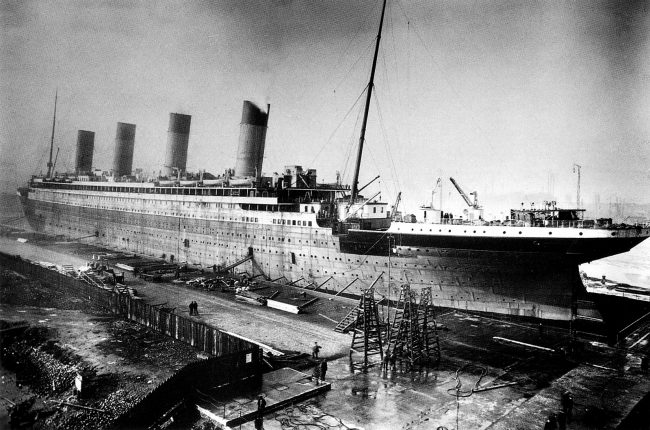 With the Highest Possible Standard of Luxury

The first and second class areas of the ship were equipped with the highest possible standard of luxury and gave the feeling of staying in a “house off shore” instead of a ship. Style elements from the Renaissance to Victorian Era were used to comfort the passengers and also a bath and sports area was installed. Even though it is said that the third class passengers experienced a way higher standard then they would on comparable cruises of the time, they were clearly separated from the others on board the Titanic.

Besides the luxury articles, the ship was equipped with only 16 life boats even though it was capable of carrying 64. But since the ship carried the status ‘unsinkable’, the White Star Line decided to install just as many boats as able to transport one third of Titanic’s total passenger capacity. 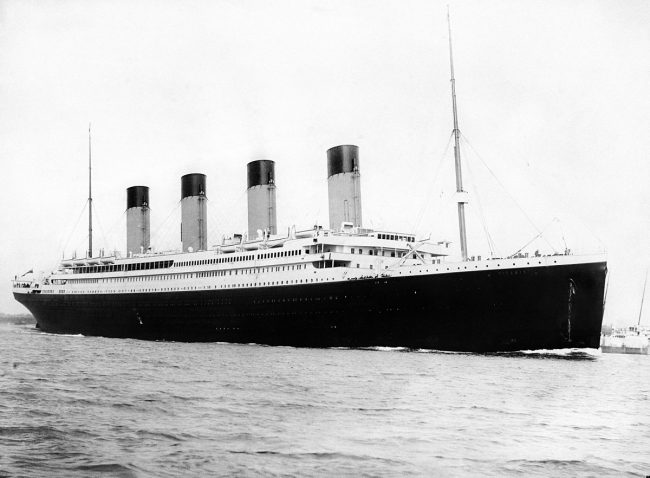 Titanic was finished just a few days before its maiden voyage, which was intended to be the first of great amount of trans-Atlantic travels between European cities as Southhampton (England), Cherbourg (France), Queenstown (Ireland) and New York City. On this route, three ships by the White Star Line were scheduled.

The first days of the cruise went by pretty smoothly. On April 13 – 14, Titanic reached a cold weather front with strong winds and high waves. When the storms died down, it became very cold and the Captain Edward Smith received warnings of drifting ice from further ships located near Titanic. However, the ship counted as unsinkable and nobody believed any of these ice clods would harm Titanic in any way wherefore the Captain maintained full speed.

It was soon clear that Titanic wold sink

But unfortunately, we all know things did not proceed as smooth from then on. On April 14 at 11:40 pm the lookout spotted an iceberg ahead, alerting the bridge. Another official ordered to steer around the obstacle, putting the engines in reverse, but this was no use. The ship was too fast and struck the iceberg at starboard creating huge holes in Titanic below the water line. Since five of the ship’s watertight compartments were flooded it was soon clear that Titanic would sink.

Not properly trained for an Emergency

Since the passengers and the crew was not trained properly for an emergency like this, panic spread. The officers on board did not know how to lower the life boats or how many they could fit in there. Only two hours after Titanic hit the iceberg, the ship split apart before sinking completely. Almost all of the passengers that were not sitting in life boats at this point passed away from drowning, hypothermia or cardiac arrest since the water had a temperature of only -2°C. While 710 people survived the catastrophe, 1514 lost their lives.

The News of Titanic’s Sinking

The news of Titanic’s sinking hit the world. Lots of charities were established to help the victims and their families and concerts were given in order to donate the money to the needy. The wreck itself remained at the sea bed, highly damaged. Through the years many explorers, scientists and tourists have made their way to the sunken Titanic, recovering numerous items from the ship itself and personal items from its passengers. Many items are now exhibited in big museums in the United States. It is believed that in the next 50 years, the ship’s hull will completely collapse, leaving some interior objects and piles of rust behind.