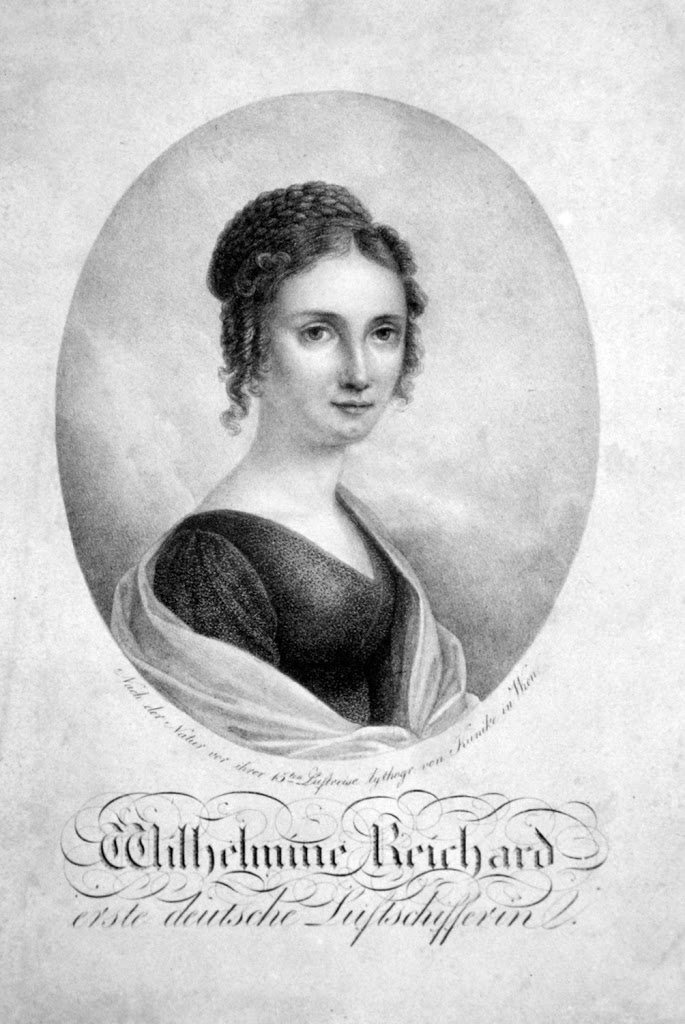 On April 16, 1811, Wilhelmine Reichard launched to her first solo flight in a gas balloon, thus becoming Germany`s very first female balloonist. You might remember that in 1783 the brothers Montgolfier already launched the very first balloon, as we reported in our recent blog post ‘More than just Hot Air…‘. [3] Actually, the first passengers were a sheep, a rooster, and a duck that were given the honor to take part in the first flight with living creatures on board.

The first recorded manned flight was made in a hot air balloon built by the Montgolfier brothers on 21 November 1783, starting in Paris and reaching a height of almost 200 meters. The pilots, Jean-François Pilâtre de Rozier and François Laurent d’Arlandes, covered about 9 kilometers in 25 minutes. In the same year, Professor Jacques Charles and the Robert brothers made the first gas balloon flight, also from Paris with a hydrogen-filled balloon that stayed aloft for over 2 hours. Only 2 years later, the first aircraft disaster occurred in May 1785 when the town of Tullamore, County Offaly, Ireland was seriously damaged when the crash of a balloon resulted in a fire that burned down about 100 houses, making the town home to the world’s first aviation disaster. To this day, the town shield depicts a phoenix rising from the ashes.

The very first woman to fly in a ballon followed only 8 months after the first manned flight on June 4, 1784, when opera singer Élisabeth Thible took her place with Mr. Fleurant on board a hot air balloon christened La Gustave in honour of King Gustav III of Sweden. Another early woman balloonist was Jeanne Geneviève Labrosse, who became the first woman to ascend solo in 1798 and, on October 12, 1799, the first woman to make a parachute descent (in the gondola), from an altitude of 900 meters. But also disaster is not far ahead. Ballooning was a risky business for the pioneers. When Marie Madeleine Sophie Blanchard ascended in her hydrogen balloon to watch a firework on July 6, 1819, she should become the first woman to lose her life while flying. Her craft crashed on the roof of a house and she fell to her death.

Wilhelmine Reichard, who should become Germany`s first female balloonist, was the daughter of a cup-bearer of the Duchy of Brunswick-Lüneburg. She married the chemist and physicist Johann Gottfried Reichard in 1807  and the family moved to Berlin in 1810. That same year Johann Gottfried Reichard made his first flight in a self-constructed gas balloon from Berlin, making him the second person to fly in a gas balloon in Germany. On 16 April 1811 Wilhemine Reichard made her first solo flight, starting in Berlin. She reached a height of over 5,000 metres and landed safely in Genshagen, 33.5 kilometres from her starting point. This was not the first solo flight by a woman in Germany; the Frenchwoman Marie Madeleine Sophie Blanchard – you remember her being the first woman to crash to death in a balloon – had previously made a flight in September 1810, starting from Frankfurt. 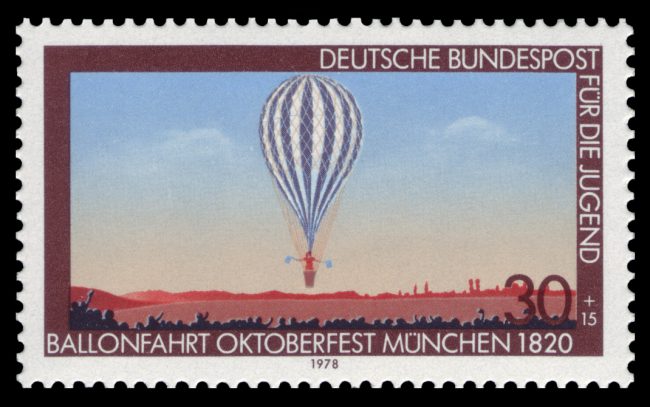 Wilhelmine Reichard’s third flight in 1811 reached a height of approximately 7,800 metres. Due to the altitude she lost consciousness and her balloon crash-landed in a forest; badly injured, she was rescued by local farmers and survived. After some difficulties during the Napoleonic wars, her husband wanted to purchase a chemical factory in Döhlen. To raise the money, Wilhemine Reichard conducted several more flights. Her first flight after the accident in 1811 took place in October 1816. A later flight took place during the Congress of Aix-la-Chapelle in Aachen in 1818. Flights in Prague and Vienna also made her known in Austria-Hungary. Her last flight was in October 1820, starting in Munich at the famous Oktoberfest. Wilhelmine’s husband conducted balloon flights until 1835. He died in 1844, and Wilhelmine managed the chemical factory of her husband until her own death in 1848.