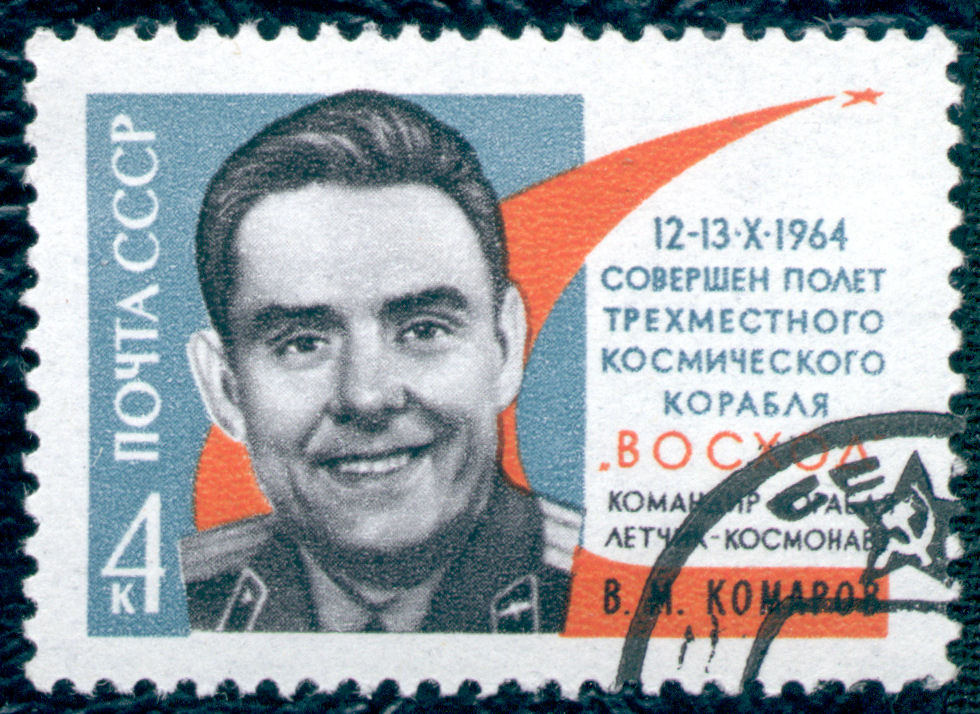 On April 24, 1967, Soviet astronaut Vladimir Mikhaylovich Komarov died in the first fatal accident of a space mission. Komarov was killed when the Soyuz 1 space capsule crashed after re-entry due to a parachute failure. During his time at the Cosmonaut Training Center, he contributed to space vehicle design, cosmonaut training and evaluation and public relations. He was eventually selected to command the first Soviet multiman Voskhod 1 spaceflight that presented a number of technical innovations in the Space Race. Komarov was later chosen for the rigorous task of commanding Soyuz 1 as part of the Soviet Union’s bid to reach the Moon first.

The Youth of a Cosmonaut

Vladimir Komarov was born in Moscow and entered the 1st Moscow Special Air Force School to become an aviator. During the Second World War, the flight school was moved to the Tyumen Region in Siberia for the duration of the war. Students there learned a wide variety of subjects besides aviation – including zoology and foreign languages. He graduated with honors and continued his training in Voronezh Oblast and Bataisk. In 1949, he received his pilots wings and commission as a lieutenant in the Soviet Air Force.

Komarov enrolled in an engineering course at the N.E. Zhukovsky Air Force Engineering Academy around 1959. He was also promoted to the rank of senior engineer-lieutenant and later engineer-captain. Later that year he achieved his goal of becoming a test pilot at the Central Scientific Research Institute at Chkalovsky.

Vladimir Komarov was invited to participate in the selection process for cosmonaut candidate along with approximately 3,000 other pilots. He became one of 20 pilots who were selected for “Air Force Group One”. However, he was not chosen as one of the top six. He had a great influence on the design of the Vostok and Voskhod. Still, Komarov was selected as part of the Voskhod 1 crew for the seventh manned Soviet space flight. It was also the first flight to carry either an engineer or a physician into outer space, furthermore being the first space flight to carry more than one crewman into orbit and the first flight without the use of spacesuits. It should also set a manned spacecraft altitude record of 336 km. During the mission Komarov performed various tasks with the other crew members, including medical and navigational tests and observing the Aurora Borealis. He also made a number of radio transmissions, including a greeting to the Tokyo Olympics, which had opened on 10 October 1964. In 1965, Komarov worked with Yuri Gagarin in supervising preparations for the flight of Voskhod 2, which carried out the first attempt of an extravehicular activity in outer space. These preparations included fitting of space suits on the cosmonauts and briefings for the spaceflight.[3]

Komarov was selected to command the Soyuz 1, in 1967, with Yuri Gagarin as his backup cosmonaut. On orbital insertion, the solar panels of the Soyuz module failed to fully deploy thereby preventing the craft from being fully powered and obscuring some of the navigation equipment. Komarov noted that communications were not working and he was not able to orient the spacecraft to the sun. Komarov tried unsuccessfully to orient the Soyuz module for five hours. As a result of the problems with the craft, the second Soyuz module which was to have carried cosmonauts to perform an extra-vehicular activity to the Soyuz 1 was not launched and the mission was cut short. Komarov was ordered to re-orient the craft using the ion system on orbits 15 to 17. Unfortunately, the ion engine system failed.

Komarov did not have enough time to attempt a manual re-entry until orbit 19. Komarov oriented the spacecraft manually on the dayside then used the gyro-platform as a reference so that he could orient the craft for a night side retro-fire. He successfully re-entered the Earth’s atmosphere on his 19th orbit, but the module’s drogue and main braking parachute failed to deploy correctly and the module crashed into the ground, killing Komarov.

On 25 April, 1967, a response to Komarov’s death by his fellow cosmonauts was published in Pravda:

“For the forerunners it is always more difficult. They tread the unknown paths and these paths are not straight, they have sharp turns, surprises and dangers. But anyone who takes the pathway into orbit never wants to leave it. And no matter what difficulties or obstacles there are, they are never strong enough to deflect such a man from his chosen path. While his heart beats in his chest, a cosmonaut will always continue to challenge the universe. Vladimir Komarov was one of the first on this treacherous path.”