You are here: Home › computer science › Seymour Cray – the Father of Supercomputing 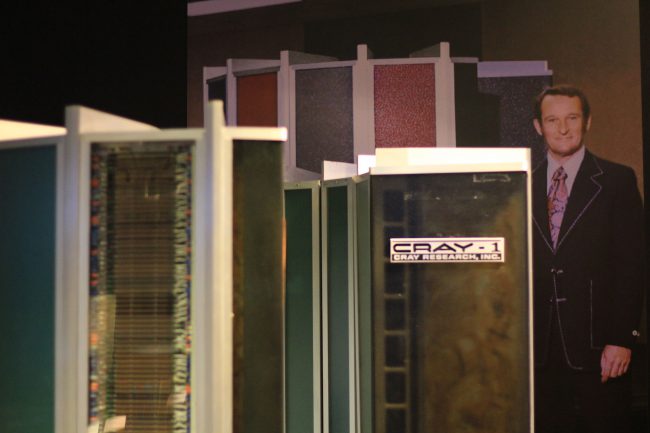 Seymour Cray peeking out behind a Cray-1. image: Michael Hicks, CC BY 2.0, via Wikimedia Commons

On September 28, 1925, American electrical engineer and supercomputer architect Seymour Roger Cray was born. He designed a series of computers that were the fastest in the world for decades, and founded Cray Research which built many of these machines. Called “the father of supercomputing,” Cray has been credited with creating the supercomputer industry.

“One of my guiding principles is don’t do anything that other people are doing. Always do something a little different if you can. The concept is that if you do it a little differently there is a greater potential for reward than if you the same thing that other people are doing. I think that this kind of goal for one’s work, having obviously the maximum risk, would have the maximum reward no matter what the field may be.”
– Seymour Cray

Seymour Cray was born in 1925 in Chippewa Falls, Wisconsin, a small town situated in the heart of Wisconsin’s dairy farm country, to Seymour R. and Lillian Cray. His father was a civil engineer who fostered Cray’s interest in science and engineering. As early as the age of ten he was able to build a device out of Erector Set components that converted punched paper tape into Morse code signals. The basement of the family home was given over to the young Cray as a “laboratory”. Cray graduated from Chippewa Falls High School in 1943 before being drafted for World War II as a radio operator. He saw action in Europe, and then moved to the Pacific theatre where he worked on breaking Japanese naval codes. On his return to the U.S. he received a B.Sc. in Electrical Engineering at the University of Minnesota, graduating in 1949. He also was awarded a M.Sc. in applied mathematics in 1951.

In 1950, Cray joined Engineering Research Associates (ERA) in Saint Paul, Minnesota. ERA had formed out of a former United States Navy lab that had built code breaking machines, a tradition ERA carried on when such work was available. ERA was introduced to computer technology during one such effort, but in other times had worked on a wide variety of basic engineering as well. There, Cray quickly came to be regarded as an expert on digital computer technology, especially following his design work on the ERA 1103, one of the first commercially successful scientific computer. He remained at ERA when it was bought by Remington Rand and then Sperry Corporation in the early 1950s. At the newly formed Sperry-Rand, ERA became the “scientific computing” arm of their UNIVAC division.[1]

In 1957, a number of employees of the scientific computer division left to form Control Data Corporation (CDC). Cray joined the new company later and by 1960 he had completed the design of the CDC 1604, an improved low-cost ERA 1103 that had impressive performance for its price range. Cray did not enjoy working on traditional business computers constrained to design for low-cost construction, so CDC could sell lots of them. His desire was to produce the fastest computer in the world. Although in terms of hardware his design of the CDC 6600 was not on the leading edge, Cray invested considerable effort in an attempt to enable it to run as fast as possible. Unlike most high-end projects, Cray realized that there was considerably more to performance than simple processor speed, that I/O bandwidth had to be maximized as well in order to avoid “starving” the processor of data to crunch. As he later noted, Anyone can build a fast CPU. The trick is to build a fast system.[2]

The CDC 6600 was the first commercial supercomputer, the first to employ freon to cool its 350,000 transistors, outperforming everything then available by a wide margin. While expensive, for those that needed the absolutely fastest computer available there was nothing else on the market that could compete. Cray continued to design further supercomputers for CDC, such as the CDC 7600 and CDC 8600, but the supercomputer projects had almost bankrupted the company while they were being designed and Cray decided to start his own company Cray Research in 1972. The first Cray-1 system was installed at Los Alamos National Laboratory in 1976 for $8.8 million. It boasted a world-record speed of 160 million floating-point operations per second (160 megaflops) and an 8 megabyte main memory. The Cray-1‘s architecture reflected its designer’s penchant for bridging technical hurdles with revolutionary ideas. In order to increase the speed of this system, the Cray-1 had a unique “C” shape which enabled integrated circuits to be closer together. No wire in the system was more than four feet long. To handle the intense heat generated by the computer, Cray developed an innovative refrigeration system using Freon [2]. 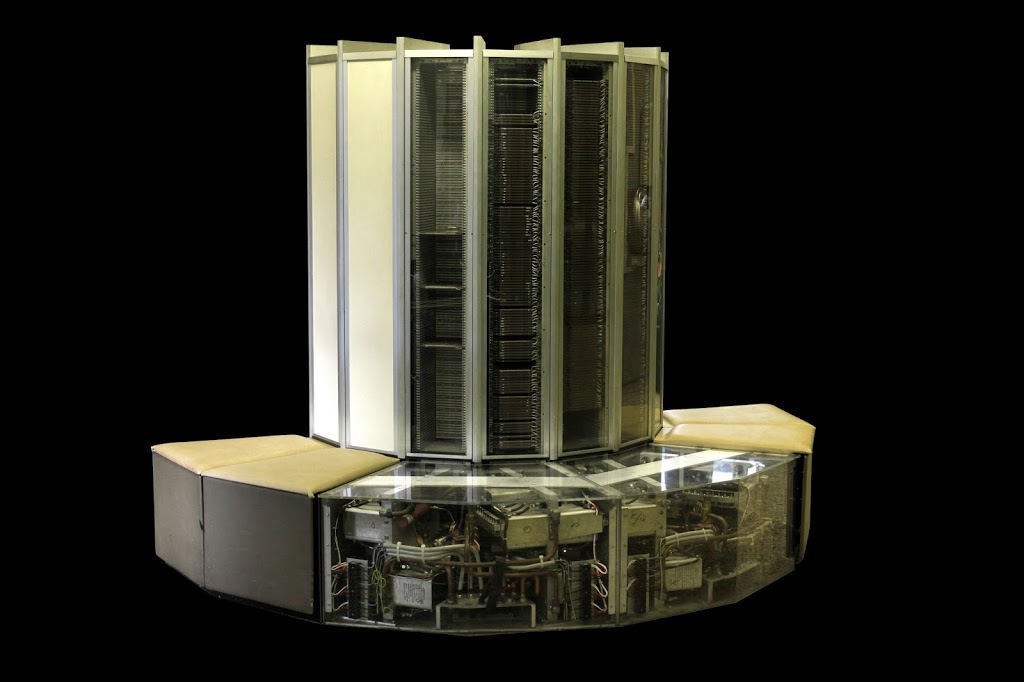 A Series of Supercomputers

In order to concentrate his efforts on design, Cray left the CEO position in 1980 and became an independent contractor. The Cray-2 system appeared in 1985, providing a tenfold increase in performance over the Cray-1. In 1988, Cray Research introduced the Cray Y-MP, the world’s first supercomputer to sustain over 1 gigaflop on many applications. Multiple 333 MFLOPS processors powered the system to a record sustained speed of 2.3 gigaflops. Always a visionary, Seymour Cray had been exploring the use of gallium arsenide in creating a semiconductor faster than silicon. However, the costs and complexities of this material made it difficult for the company to support both the Cray-3 and the Cray C90 development efforts. In 1989, Cray Research spun off the Cray-3 project into a separate company, Cray Computer Corporation, headed by Seymour Cray and based in Colorado Springs, Colorado. Tragically, Seymour Cray died of injuries suffered in an auto accident in September 1996 at the age of 71.[2]

Cray had always resisted the massively parallel solution to high-speed computing, offering a variety of reasons that it would never work as well as one very fast processor. He famously quipped “If you were plowing a field, which would you rather use: Two strong oxen or 1024 chickens?” By the mid-1990s this argument was becoming increasingly difficult to justify, and modern compiler technology made developing programs on such machines not much more difficult than their simpler counterparts.

What’s All This About Gallium Arsenide?, lecture by Seymour Cray, [7]