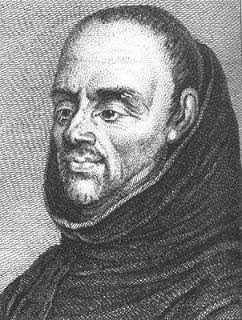 On April 20, 1646, French botanist Charles Plumier was born. He is considered one of the most important of the botanical explorers of his time. He made three botanizing expeditions to the West Indies, which resulted in a massive work Nova Plantarum Americanarum Genera (1703–04) and was appointed botanist to king Louis XIV of France.

A Friar and Botanist

Charles Plumier was born in Marseille and entered the order of the Minims, when he was 16 years old. They were members of a Roman Catholic religious order of friars founded by Saint Francis of Paola in fifteenth-century Italy. The Order soon spread to France, Germany and Spain, and continues to exist today. However, Charles Plumier developed a great interest in mathematics and physics. He started building his own physical instruments and also devoted much of his time to paining and turning. Plumier was sent to the French monastery of Trinità dei Monti at Rome and there, he began his studies in botany. He was supported and taught by two members of the order. It is also assumed that he studied under the famous Italian botanist Paolo Boccone. Another important influence to Plumier was Joseph Pitton de Tournefort. The botanist became known for creating the first clear definition of the concept of genus for plants. Also Plumier was able to follow Tournefort on several voyages.

First Voyage to the French Antilles

Charles Plumier‘s first big journey started in 1689. By order of the government, Plumier accompanied the collector Joseph Donat Surian to the French Antilles, as Surian‘s illustrator and writer. The journey lasted for about one year and a half and resulted in Plumier‘s first masterpiece, the Description des Plantes d’Amérique, published in 1693. This work was very successful and Plumier was appointed royal botanist shortly after.

Second Voyage to the West Indies

The second voyage took off in 1693 by command of Louis XIV of France and another expedition followed two years later. In the West Indies, he was assisted by the Dominican botanist Jean-Baptiste Labat. The material they gathered during these trips formed an incredible foundation for Plumier‘s later works, Nova Plantarum Americanarum Genera, Plumier‘s Filicetum Americanum, and several shorter pieces for the Journal des Savants and the Memoires de Trévoux.

In 1695, he made a third trip to Guadeloupe, Martinique, Santo Domingo and Brazil, during which he stayed for a while with Father Jean-Baptiste Labat. Back in 1703, he published Nova plantarum americanarum genera where he described 106 new genera, including vanilla, to which he gave the Latin name Vanilla. According to this source, he moved to Santo Domingo in 1689, and wrote a memorandum calling for the end of the tobacco farm. 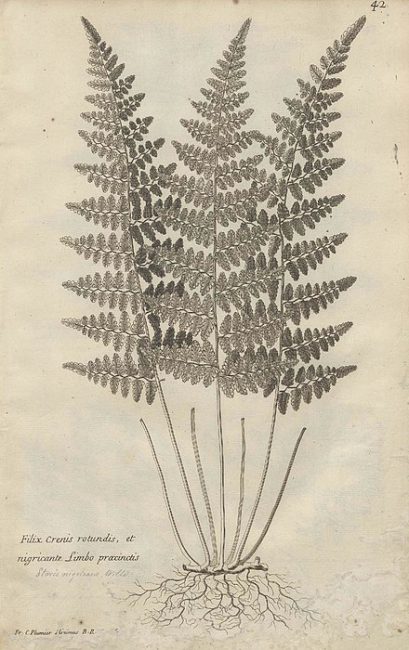 His fourth trip should be fatal for him. Guy-Crescent Fagon, the king’s doctor, wishing to know more about American cinchona in Peru, asked him to take on a new mission. He went to St. Mary’s near Cadiz to join Los Rios, viceroy of Peru. Weakened by his previous travels, he died of pleurisy on 16 November 1704 (20 November 1706). He is buried in a convent of the Minimes near Cadiz.

In 1705, after Plumier’s death, his Traité des fougères (Treaty of ferns) was published. He left numerous manuscript volumes containing notes and descriptions, and about 6,000 drawings, 4,000 of which were of plants, while the remainder reproduced American animals of nearly all classes, especially birds and fishes. The Plumeria, a genus of flowering plants in the dogbane family, Apocynaceae, was named after Charles Plumier by Tournefort and Linnaeus.[4] His naturalist publications earned him the admiration of his contemporaries, notably that of Georges Cuvier [6].