You are here: Home › engineering › Robert Alexander Watson-Watt and the Radar Technology 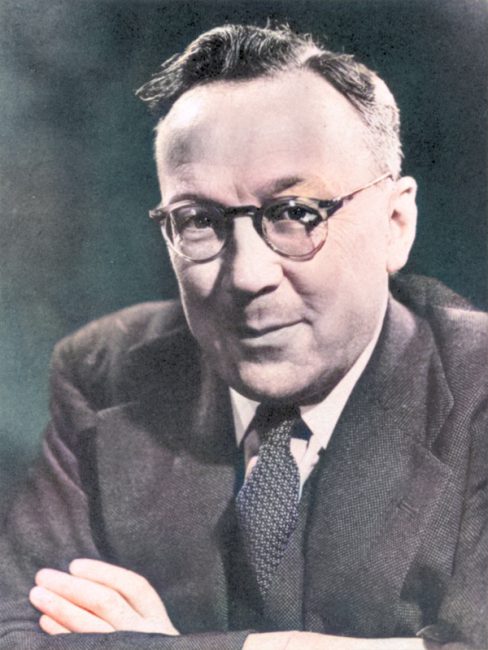 On February 26, 1935, British engineer and Fellow of the Royal Society Robert Alexander Watson-Watt started with first experiments on detecting and locating aircrafts with radio technique, later called ‘RADAR‘. Radar was initially nameless and researched elsewhere but it was greatly expanded on 1 September 1936 when Watson-Watt became Superintendent of Bawdsey Research Station located in Bawdsey Manor, near Felixstowe, Suffolk. Work there resulted in the design and installation of aircraft detection and tracking stations called Chain Home along the east and south coasts of England in time for the outbreak of the Second World War in 1939.

“The three most effective incentives to human action may be … classified as creed, greed and dread. … In examining the scientist it is perhaps worth while to examine how far he is moved by these three incentives. I think that, rather peculiarly and rather exceptionally, he is very little moved by dread. … He is in fact essentially a person who has been taught he must be fearless in his dealing with facts.”
— Sir Robert Alexander Watson-Watt, as quoted in [10]

The History of Radar

The history of radar starts with experiments by Heinrich Hertz in the late 19th century that showed that radio waves were reflected by metallic objects.[1] This possibility was suggested in James Clerk Maxwell‘s seminal work on electromagnetism.[2] However, it was not until the early 20th century that systems were able to use these principles were becoming widely available, and it was German inventor Christian Hülsmeyer who first used them to build a simple ship detection device intended to help avoid collisions in fog (Reichspatent Nr. 165546). Numerous similar systems, which provided directional information to objects over short ranges, were developed over the next two decades.

The Principle of Radar

The principle of radar is simple. You only have to be able to produce a short electromagnetic pulse and have to wait until it gets reflected by a solid object. Thus, the development of systems able to produce short pulses of radio energy was the key advance that allowed modern radar systems to come into existence. By timing the pulses on an oscilloscope the range could be determined, and the direction of the antenna revealed the angular location of the targets. The two, combined, produced a “fix”, locating the target relative to the antenna. The term RADAR was coined in 1939 by the United States Signal Corps as it worked on these systems for the Navy. 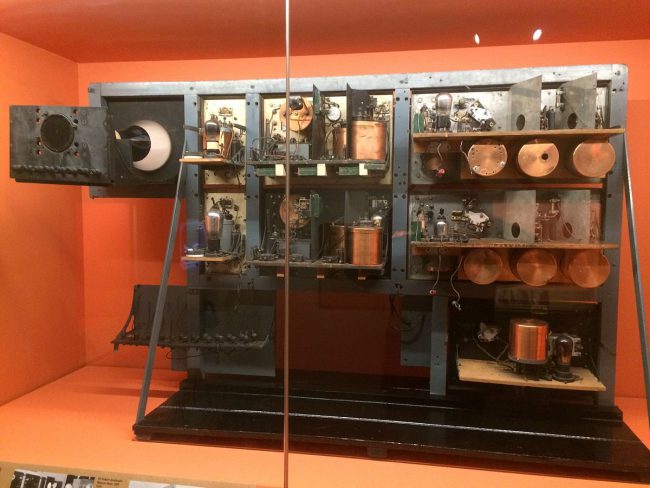 Robert Watson-Watt and the “Death Ray”

Robert Watson-Watt graduated with a BSc in engineering in 1912, and continued his studies as an assistant to William Peddie, the holder of the Chair of Physics at University College, Dundee, who encouraged Watson-Watt to study radio, or “wireless telegraphy” as it was then known. During the Great War, Watson-Watt experimented with the detection of thunderstorms and lightnings in order to warn pilots of approaching thunderstorms. When in the 1930s there was the rumor that Nazi Germany should be able to produce a “death ray” using radio waves that were capable of destroying towns, cities and people, the Air Ministry asked Watson-Watt about the possibility of building their version of a death-ray, specifically to be used against aircraft. Watson-Watt quickly returned a calculation carried out by his colleague, Arnold Wilkins, showing that the device was impossible to construct, and fears of a Nazi version soon vanished. However, he also mentioned in the same report a suggestion that was originally made to him by Wilkins that radio waves may be capable of detecting aircraft.

The Birth of Radar

On 12 February 1935, Watson-Watt sent a secret memo of the proposed system to the Air Ministry, Detection and location of aircraft by radio methods. Although not as exciting as a death-ray, the concept clearly had potential but the Air Ministry, before giving funding, asked for a demonstration proving that radio waves could be reflected by an aircraft. The proof could be given at 26 February. The prototype system consisted of two receiving antennas located about 10 km away from one of the BBC’s shortwave broadcast stations at Daventry. The two antennas were phased such that signals travelling directly from the station cancelled themselves out, but signals arriving from other angles were admitted, thereby deflecting the trace on a CRT indicator. Despite a high level of secrecy – only three people had knowledge about the demonstration – is was a full success. On several occasions a clear signal was seen from a bomber being flown around the site. Most importantly, the prime minister, Stanley Baldwin, was kept quietly informed of radar’s progress. Finally, on 2 April 1935, Watson-Watt received a patent on a radio device for detecting and locating an aircraft.

Had I known what you were going to do with it …

With the development of radar, Robert Watson-Watt provided a fundamental contribution to the allied victory in the Second World War. He was knighted in 1942. In the 1950s, he moved to Canada as a consulting engineer. As an irony in history it is reported that Watson-Watt was pulled over for speeding in Canada by a radar gun-toting policeman. His remark was, “Had I known what you were going to do with it I would never have invented it!” Watson-Watt’s other contributions include a cathode-ray-tube direction finder used to study atmospheric phenomena, research in electromagnetic radiation, and other inventions used for flight safety.