You are here: Home › medical science › Sir Richard Doll and the Risks of Smoking 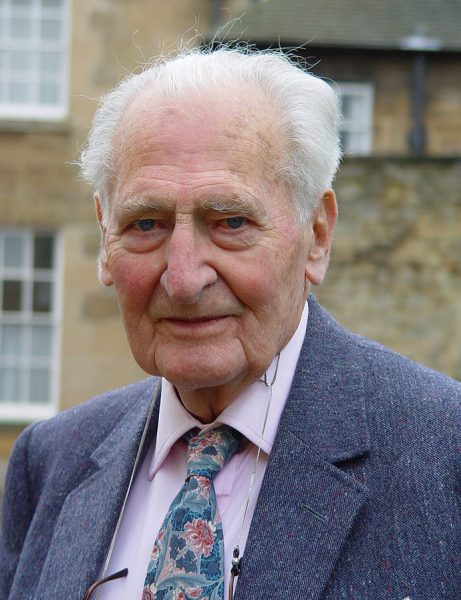 On October 28, 1912, British physiologist and epidemologist Sir Richard Doll was born. Doll was a pioneer in research linking smoking to health problems. With Ernst Wynder, Bradford Hill and Evarts Graham, he was credited with being the first to prove that smoking caused lung cancer and increased the risk of heart disease.

Richard Doll was born at Hampton, Middlesex, UK, into an affluent family, though his father’s work as a doctor was cut short by multiple sclerosis. Educated first at Westminster School, he originally intended to study mathematics at Trinity College, Cambridge. However, he subsequently chose to study medicine at St Thomas’s Hospital Medical School, King’s College London from where he graduated in 1937. Back then, he became one of the significant figures in the Socialist Medical Association which helped lead to the creation of Britain’s postwar National Health Service. During World War II, Doll served as part of the Royal Army Medical Corps on a hospital ship as a medical specialist.

In order to research asthma, Richard Doll returned to St Thomas’ after the war. He joined Dr Francis Avery-Jones‘ team, at the Central Middlesex Hospital, run under the auspices of the statistical research unit of the Medical Research Council. In his later career, Doll became its director. In 1950, Richard Doll completed a study together with Austin Bradford Hill that focused on lung cancer patients in 20 London hospitals. In the beginning the researchers assumed that lung cancer was caused by tarmac or motor car fumes. However, they later discovered that tobacco smoking was the only factor they had in common. As a result of his findings, Richard Doll is believed to have quit smoking. The article Doll published in the British Medical Journal in 1950 concluded: “The risk of developing the disease increases in proportion to the amount smoked. It may be 50 times as great among those who smoke 25 or more cigarettes a day as among non-smokers.” Four years later, Doll’s study was supported by the British doctors study, a study of some 40 thousand doctors over 20 years. In 1955 Doll reported a case controlled study that has firmly established the relationship between asbestos and lung cancer. The government soon issued the advice that smoking may cause lung cancer.

He was not the First to Warn

Similar results had been recognized by other researchers before. For example, an American study in 1928 concluded that nonsmokers live longer. In Germany, “Ein Leben als Aufklärer … Tabak und Organismus – Handbuch der gesamten Tabakkunde” (A Life of Enlightenment … Tobacco and organism – Handbook of the whole tobacco science) by Fritz Lickint was published in 1929, in which he suggested dangers of tobacco smoking. The Cologne physician Franz Hermann Müller published a more far-reaching study in 1939, but this did not become internationally known in the shadow of Nazi crimes and was forgotten.

In 1966, Richard Doll was elected to the Royal Society. He moved to Oxford University where he was appointed Regius Professor of Medicine, succeeding the clinical researcher Sir George Pickering. Doll became one of the leading personalities behind the creation of Green College, which was founded in 1979 and he was appointed first Warden. Further, Doll helped to found the National Blood Service. He was made Fellow of the Royal Society in 1966 and knighted in 1971.

In 2004, Doll published a follow-up study which showed that half and perhaps up to two thirds of people who start smoking die as a result. He died on 24 July 2005, at the John Radcliffe Hospital in Oxford after a short illness. However, an article published in December 2006 throws a slightly different light on his life’s work. He reveals that Richard Doll was on the Monsanto Group’s payroll for years when, among other things, he attested that Agent Orange was harmless. He was also paid by other chemical companies for investigations that, for example, denied vinyl chloride a link with cancer.