You are here: Home › history › Orson Welles and the 1938 Radio Show Panic

On October 30, 1938, a Saturday night at 8 pm, H.G. Wells‘ ‘The War of the Worlds‘ was broadcasted at CBS radio in an adaption presented and narrated by future famous film director and actor Orson Welles. The first two thirds of the 60-minute broadcast were presented as a series of simulated news bulletins, which suggested to many listeners that an actual alien invasion by Martians was currently in progress and created outrage and panic because some listeners took the broadcast of an alien invasion for real.

H.G. Wells – The War of the Worlds

The basis of Orson Welles’ radio adaption was H.G. Wells’ [4] famous science fiction story The War of the Worlds (1898) about an alien invasion from Mars and it was Orson Welles’ idea to produce it in the form of a news bulletins as if the events were taking place live. Welles’ story wasn’t this popular in the US by that time as it is today. Moreover, it finally became part of today’s popular culture also because of the 1938 events related to its broadcast and the panic reaction this broadcast created within parts of the population. And it was ‘The War of the Worlds‘ that made Orson Welles a star.

H. G. Wells’ original novel story of an alien invasion of Earth was adapted by Howard Koch and Anne Froelick with ideas from Orson Welles. The original setting was switched from 19th-century England to contemporary Grover’s Mill, an unincorporated village in West Windsor Township, New Jersey in the US. The program’s format was a (simulated) live newscast of developing events created with voice acting and sound effects. To this end, Welles played recordings of Herbert Morrison’s radio reports of the Hindenburg disaster for actor Frank Readick and the rest of the cast, to demonstrate the mood he wanted.

“Ladies and gentlemen, we interrupt our program of dance music to bring you a special bulletin from the Intercontinental Radio News. At twenty minutes before eight, Central Time, Professor Farrell of the Mount Jennings Observatory, Chicago, Illinois, reports observing several explosions of incandescent gas, occurring at regular intervals on the planet Mars. The spectroscope indicates the gas to be hydrogen and moving towards the Earth with enormous velocity…”

That, of course, doesn’t sound right….The first part of Welles’ program had the form of a series of musical pieces broken up by increasingly urgent news bulletins, reporting that a “huge flaming object” had dropped on a farm near Grovers Mill, New Jersey. Up to this time, no radio play before had tried a form like this and the bulletins gave the story a sense of verisimilitude that it otherwise would have lacked. Moreover, listeners who came in late missed the opening announcement that this was not real but simply a radio adaptation. Listeners in panic packed the roads, hid in their cellars, prepared and loaded their guns, or even wrapped their heads in wet towels as protection from Martian poison gas, in an attempt to defend themselves against aliens. News of the panic quickly generated a national scandal. In the New York Times correspondent Dorothy Thompson wrote

“All unwittingly, Mr. Orson Welles and the Mercury Theater of the Air have made one of the most fascinating and important demonstrations of all time…they have proved that a few effective voices, accompanied by sound effects, can convince masses of people of a totally unreasonable, completely fantastic proposition as to create a nation-wide panic.” 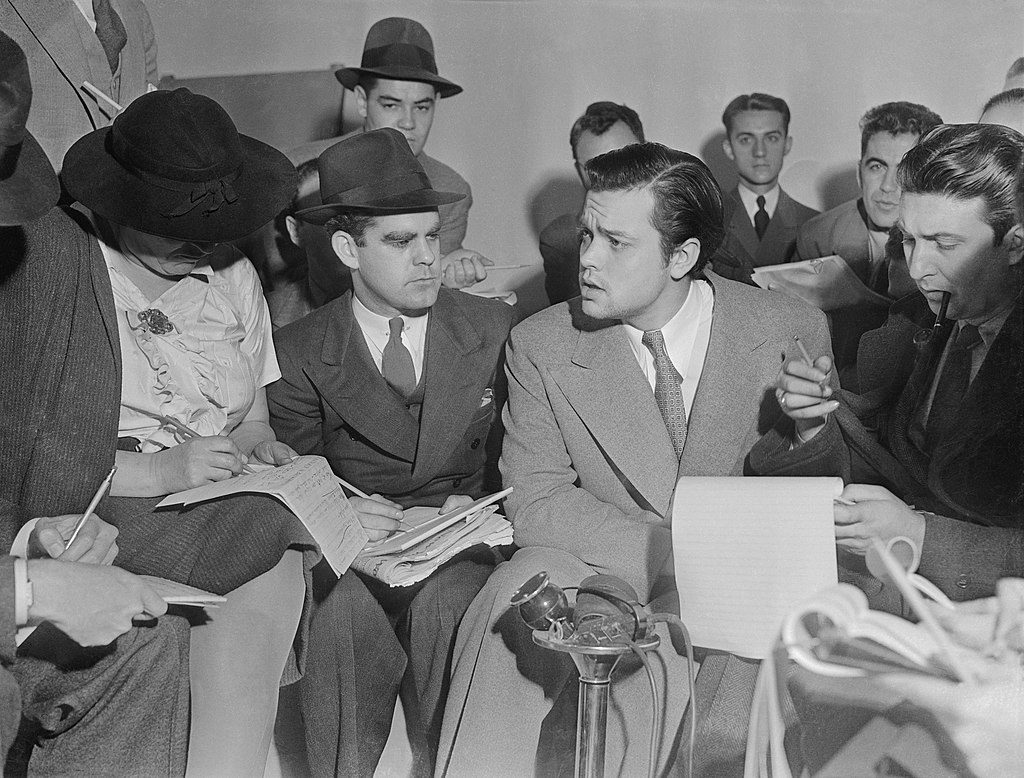 Orson Welles tells reporters that no one connected with the broadcast had any idea that it would cause panic (October 31, 1938).