You are here: Home › paleontology › How Ötzi the Iceman became World Famous 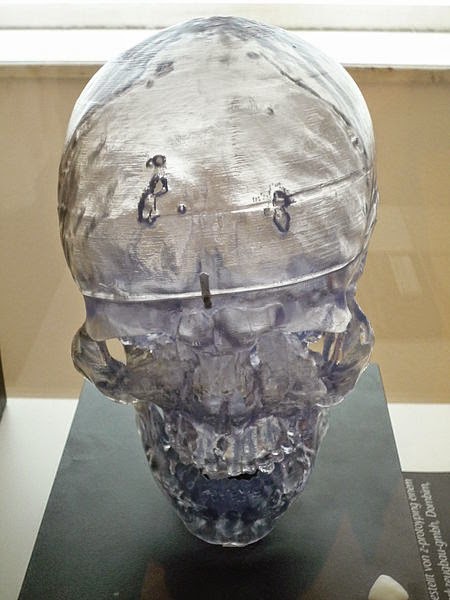 On September 19, 1991, two German tourist found a corpse on the east ridge of the Fineilspitze in the Ötztal Alps on the Austrian–Italian border. The corpse turned out to be a well-preserved natural mummy of a man who lived around 3,300 BCE, which has become famous under the name “Ötzi“.

On 19 September 1991, Ötzi was found by two German tourists in the Ötztal Alps on the Austrian–Italian border, believing that the body was of a recently deceased mountaineer. When a mountain gendarme and the keeper of the nearby Similaunhütte first attempted to remove the body, it was frozen in ice below the torso. It took about three days to completely extract the body from the ice and transport it to he University of Innsbruck, where it was recognized to be primeval the same day of its arrival.

The body and the items found with the body were then examined, measured, X-rayed, and dated. It was found that Ötzi was about 1.65m and weighed about 50kg. The body was only partially deteriorated and after the analysis of the tooth enamel, the scientists concluded that Ötzi spent his childhood near the present village of Feldthurns, north of Bolzano, but later went to live in valleys about 50 kilometres farther north. It was also assumed that Ötzi was involved in copper smelting during his lifetime and that he performed long walks over hilly terrain, which was not characteristic of other Copper Age Europeans. It was then assumed that Ötzi was rather a high-altitude shepherd. A facial reconstruction has been performed with the help of 3D technologies. They figured out that Ötzi was quite old looking for his 45 years and that he had deep-set brown eyes, a beard, a furrowed face, and sunken cheeks. He is also depicted looking tired and ungroomed.

Who was Ötzi the Iceman?

It is believed that Ötzi had an intestinal parasite and that he was sick sick three times in the six months before he died. DNA analysis in February 2012 revealed that Ötzi was lactose intolerant, supporting the theory that lactose intolerance was still common at that time, despite the increasing spread of agriculture and dairying.

The items found with Ötzi were a copper axe with a yew handle, a flint-bladed knife with an ash handle and a quiver of 14 arrows with viburnum and dogwood shafts. Also, he had berries with him, two birch bark baskets, and two species of polypore mushrooms with leather strings through them. One of these, the birch fungus, is known to have antibacterial properties, and was probably used for medicinal purposes. The other was a type of tinder fungus, included with part of what appeared to be a complex firestarting kit. The kit featured pieces of over a dozen different plants, in addition to flint and pyrite for creating sparks.

The Final Days of Ötzi

The last days in the life of the glacier man could be illuminated above all by the examination of his intestinal contents by botanists of the University of Innsbruck. On the basis of pollen ingested with food, it can be shown that Ötzi travelled long distances between different vegetation zones in the last days before his death. According to this, he initially stayed in the area of the tree line, which at that time was at about 2400 meters (today about 1800-2100 meters). He then descended either into the Schnals valley or further into the Etsch valley and about six hours before his death he climbed up again in the direction of the Tisenjoch. At least about 24 hours before the arrow attack that led to his death, Ötzi was involved in close combat. [12] This is evidenced by cuts on his left arm and hands as well as scratch marks all over his body, especially on his back. [53] According to the Eurac Research Center, however, contrary to other interpretations, no human blood traces were found on the arrowheads, the axe, or the dagger blade. Only the slight traces of blood on the grass mantle could have come from Ötzi himself, but possibly also from animals. Recent findings of fibrin in the arrow wound, however, suggest a direct death by the arrow shot.