You are here: Home › astronomy › Neptune, Oceanos, or ‘Le Verrier’ – How to name a new planet? 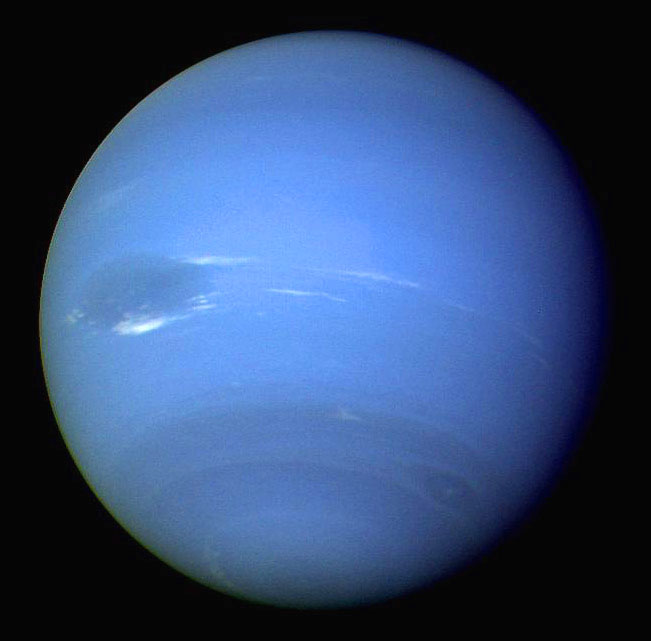 On June 9, 1812, German astronomer Johann Gottfried Galle was born. Also in Germany hardly anybody might know Galle today. Well, maybe except most astronomers, who will certainly know him, because he has discovered the planet Neptune. No, he didn’t do it all by himself. Actually, we’ve had already several articles on astronomers involved in the discovery of Neptune [5,6,7]

Galle was born in the Pabsthaus not far from the village of Radis (Pabst is a piece of forest there) near Gräfenhainichen as the first son of the tar kiln tenant of the same name Johann Gottfried Galle (1790-1853) and his wife Maria Henriette née Pannier (1790-1839). He attended the grammar school in Wittenberg and studied from 1830 to 1833 at the Friedrich-Wilhelms-Universität Berlin. He then took up a teaching post at the Gymnasium von Guben as a senior teacher of mathematics and physics. Later he moved to the Friedrichswerdersche Gymnasium in Berlin. In 1835 his former teacher, the astronomy professor Johann Franz Encke, appointed him as assistant to the newly built Berlin Observatory on the outskirts of the city. Galle worked there for the next 16 years, in particular using a Fraunhofer refractor with a 9-inch (22.5 cm) opening. In 1838 he discovered an inner dark ring of Saturn. From 1839 to 1840 he discovered three new comets.

Looking for a New Planet

Johann Gottfried Galle originally had sent a copy of his 1845 PhD thesis, in which he discussed Ole Rømer‘s observation of meridian transits of stars and planets, to the French astronomer Urbain Le Verrier.[8,9] Almost a year later, he received an answer from Le Verrier, in which he asked Galle to look at a specific region of sky to find an already predicted new planet, which would explain the perturbations of the track of planet Uranus, which had been observed by Le Verrier. The same night, after Encke, the director of the Berlin observatory, gave him the permission against his own judgement, and with the assistance of his assistant Heinrich Louis d’Arrest, only 1° from the calculated position, Galle discovered an eighth size star not listed on the Berlin Academic Star Map. On the following night, a natural motion of the celestial body of 4 arcseconds could be measured, with which the planetary property was perfectly determined. Galle, however, always refused to be considered the discoverer of the planet; he attributed the discovery to Le Verrier. 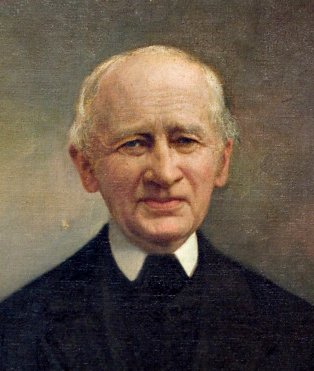 But how should we name the New Planet?

The planet Neptune is invisible to the naked eye as it is too dim. It was the first planet to be discovered by calculations first. Thus, Le Verrier often is referred to the astronomer, who discovered Neptune just with the pin of his pencil. But it was Galle, who was the first to make the actual observation. Interesting to mention are also the difficulties in giving the new planet a name. While Galle at first suggested ‘Janus‘, Le Verrier responded with ‘Neptune‘ (because of the blue color of the planet and Neptune being the Roman god of the oceans), the British suggested ‘Oceanos‘. Next, Le Verrier tried to name it after himself and suggested ‘Le Verrier’ for the new planet, while trying to soothe the British by suggesting to call the planet Uranus after his (British) discoverer ‘Herschel‘. But finally, Uranus kept his name and all agreed on Neptune.

Neptune is the eighth and outermost known planet in the solar system with an average distance of 4.5 billion kilometres. At almost 50,000 kilometres in diameter, it is almost four times the Earth’s diameter, and with 57.74 times the Earth’s volume, it is the fourth largest planet in the solar system after Jupiter, Saturn and Uranus. Together with Uranus, Neptune forms the subgroup of the “ice giants”. Neptune’s size dominates the outer zone of the planetary system, as evidenced, for example, by the orbiting time of some “transneptune” such as Pluto and the Plutino group, which is about 1.5 times the orbiting time of Neptune (a 3:2 orbital resonance). Of the 14 known moons of Neptune, Triton is by far the largest with a diameter of 2700 kilometres.

From Galileo to Voyager

Galileo Galilei had already seen Neptune on 28 December 1612 and again on 27 January 1613. His records from January 1613 show an observation of the conjunction with Jupiter, in which Galileo had considered the Neptune a Jupiter moon or a fixed star. At the time of its first observation in December 1612, the planet was stationary, as it began to move backwards just that day. This was the beginning of the annual cycle of retrograde movement. Neptune’s movement was far too small to be detected with Galileo’s small telescope. Voyager 2 was the first and so far the only spacecraft Neptune has visited. It flew over the North Pole of Neptune and passed the planet on 25 August 1989 at a distance of only 4950 kilometres.

In 1851 Galle went to Breslau, where he first became director of the observatory there and from 1856 a professor for astronomy at the Silesian Friedrich-Wilhelms-University of Breslau. He worked there for more than 45 years. For the academic year 1875/76 he was elected rector.[2] In this time he dealt with the exact orbit determination of planets and developed methods for the determination of the height of the polar light as well as the orbit of meteors and summarized the data of all comets observed up to 1894 in one work. In addition, he dealt with the magnetism of the earth and climatology.[3] In total, he published over 200 works.