You are here: Home › biology › Mikhail Tsvet – the Father of Chromatography 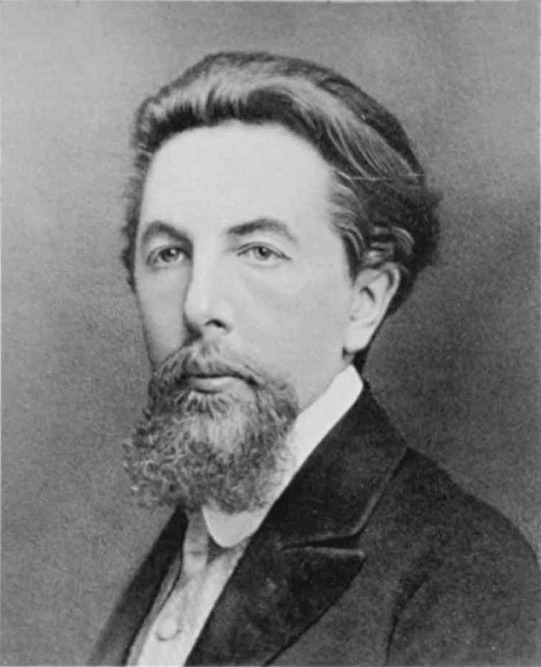 On June 26, 1919, Russian-Italian botanist Mikhail Semyonovich Tsvet passed away. Tsvet is credited with the invention of the adsorption chromatography, separating plant pigments by extracting them from leaves with ether and alcohol and percolating the solution through a column of calcium carbonate.

Mikhail Tsvet was born 14 May 1872 in Asti, Italy. His mother was Italian, and his father was a Russian official. His mother died soon after his birth, and he was raised in Geneva, Switzerland. He received his B.S. degree from the Department of Physics and Mathematics at the University of Geneva in 1893. However, he decided to dedicate himself to botany, published his first scientific work on plant anatomy, which received the Davy Prize in 1894, and received his Ph.D. degree in 1896 for his doctoral dissertation “Études de physiologie cellylaire”, a work on cell physiology.

He moved to Saint Petersburg, Russia, in 1896 because his father was recalled from the foreign service. There he started to work at the Biological Laboratory of the Russian Academy of Sciences. His Geneva degrees were not recognized in Russia, and he had to earn Russian degrees. In 1897 he became a teacher of botany courses for women and in 1901 he received a degree from the University of Kazan with his second doctoral thesis on “The Physicochemical Structure of the Chlorophyll Grain“.[1,2].

In 1902 he became a laboratory assistant at the Institute of Plant Physiology of the Warsaw University in Poland. In 1903 he became an assistant professor and spent the next 14 years in Warsaw, first at the and then, from 1908 on, at the Polytechnic Institute.[3] After the beginning of World War I the Warsaw University of Technology was evacuated to Moscow, Russia, and in 1916 again to Gorki near Moscow. In 1917 he became a Professor of Botany and the director of the botanical gardens at the University of Tartu (Yuryev) in Estonia. After the signing of the Treaty of Brest-Litovsk, the university was transferred to Voronezh in August 1918. Tsvet was able to work here for less than a year. His health, uncertain since birth, was finally ruined by excessive work, the displacements, and the hardships of the war years. He died of a chronic heart ailment at the age of forty-seven.[2]

Tsvet began his research at a time when the data and methods of chemistry and physics were becoming more widely used for the discovery of the nature of the life processes. This aided the establishment of plant physiology as an independent science in the mid-19th century and, toward the end of the century, contributed to the formation within plant physiology of such areas of research as cytophysiology.[2] Mikhail Tsvet invented chromatography in 1900 during his research on plant pigments. Tsvet had managed to separate a mixture of plant pigments, including chlorophyll, on a column packed with finely ground calcium carbonate, using petroleum ether as the mobile phase. As the colored mixture passed down the column, it separated into individual colored bands (the term chromatography comes from the Greek words chroma, meaning color, and graphein, meaning writing, or drawing).[4] Tsvet continued to work with chromatography in the first decade of the 20th century, primarily for the separation of plant pigments such as chlorophyll, carotenes, and xanthophylls. Since these components have different colors (green, orange, and yellow, respectively) they gave the technique its name. New types of chromatography developed during the 1930s and 1940s made the technique useful for many separation processes.

Tsvet first used the term “chromatography” in print in 1906 in his two papers about chlorophyll in the German botanical journal, Berichte der Deutschen botanischen Gesellschaft. In it he also formulated the law of adsorption replacement, giving a full description of the entire chromatographic setup, including sketches. Moreover, he provided a detailed account of the techniques of chromatographic experiments in general and in the study of chlorophyll in particular In 1907 he demonstrated his chromatograph for the German Botanical Society. Although Tsvet’s chromotographic method was known to many of his contemporaries and was even used successfully in several laboratories to obtain pure forms of chlorophylls and carotenoids, its acceptance was very limited. The wide use of chromatography began in the 1930’s, when Richard Kuhn, L. Zechmeister, and Paul Karrer simultaneously used it to study the chemistry of carotene and vitamin A. [2]

Dave Carlson, The 3 Types of Chromatography, [8]