You are here: Home › communication › Louis Braille and the Braille System of Reading and Writing 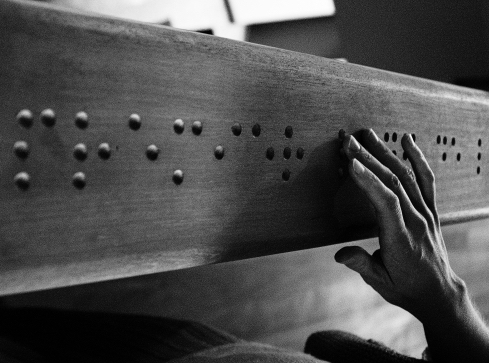 Braille code where the word ⠏⠗⠑⠍⠊⠑⠗ (premier, French for “first”) can be read
Image: Christophe MOUSTIER

On January 4, 1809, French educator Louis Braille was born. He is best known for being the inventor of a system of reading and writing for use by the blind or visually impaired. His system remains known worldwide simply as braille.

“Access to communication in the widest sense is access to knowledge, and that is vitally important for us if we [the blind] are not to go on being despised or patronized by condescending sighted people. We do not need pity, nor do we need to be reminded we are vulnerable. We must be treated as equals – and communication is the way this can be brought about.” – Louis Braille

Louis Braille was born in Coupvray, France. It is assumed that he spent much time in his father’s workshop, who was a leatherer and maker of horse tack. Already at the age of three, Braille attempted to make holes in a piece of leather with an awl. Unfortunately, the awl struck him in one of his eyes and the wound got infected so badly, that he did not only lose the hurt eye but also lost his vision in the other eye completely by the age of 5. His parents tried everything to provide young Louis Braille a rather normal life and he began to navigate with canes his father hewed for him. Later on, he was even accomodated with higher education and studied in Coupvray until the age of ten. He was allowed to attend one of the first schools for blind children in the world, the Royal Institute for Blind Youth starting from 1819. 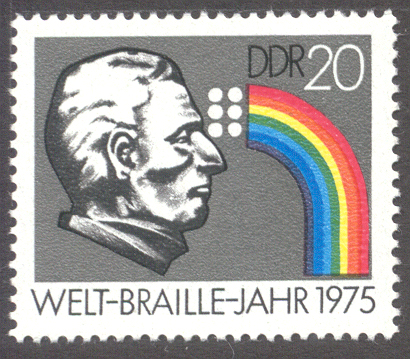 The school’s founder was Valentin Haüy, a philanthropist who devoted his life to helping the blind. Even though he was not blind himself, he developed a system – the Haüy System – that allowed the children to read. Haüy managed to create a library of books for the children using a technique of embossing heavy paper with the raised imprints of Latin letters. Using his system, the reader would trace their fingers over the text, comprehending slowly but in a traditional fashion.

Unfortunately, the amount of information kept in such books was necessarily small, which frustrated Braille. Further, Haüy’s handcrafted books were very large, heavy, and quite expensive so that when the school opened, it had a total of three books. Also, the process of creating these books was relatively complex. Wet paper was pressed against copper wire, wherefore the children could not learn how to ‘write’ by themselves. Still, back then there was no known method that improved the blind’s situation. To the sighted, the books seemed to offer the best achievable results. Despite the fact that Haüy’s books were a revolution, because he was able to recognize the sense of touch as a workable strategy for sightless reading, Braille and his schoolmates detected a lot of weaknesses.

Louis Braille began to put much effort attempting to send letters back home so Simon-René provided him with an alphabet fashioned from bits of thick leather. The process was tiring and slow, but at least he began to write his first sentences. During his school years, Braille proved to be a highly proficient student and, after he had exhausted the school‘s curriculum, he was immediately asked to remain as a teacher‘s aide. By 1833, he was elevated to a full professorship. For much of the rest of his life, Braille stayed at the Institute where he taught history, geometry, and algebra. Further, Braille‘s ear for music enabled him to become an accomplished cellist and organist in classes taught by Jean-Nicholas Marrigues. Later in life, his musical talents led him to play the organ for churches all over France. A devout Catholic, Braille held the position of organist in Paris at the Church of Saint-Nicolas-des-Champs from 1834 to 1839, and later at the Church of Saint-Vincent-de-Paul.

A New Reading and Writing System for the Blind

Through the years, Braille got more and more determined to create a reading and writing system that would close the gap between the sighted and the blind. In 1821, Braille was significantly influenced by Captain Charles Barbier of the French Army who had created a system for ‘night writing’. His code of dots and dashes impressed into paper could be entirely interpreted by the fingers, allowing the soldiers to communicate without light or needing to speak. Barbier shared his invention with Braille and even though it was too complex for the everyday life, Louis Braille was inspired to develop a system of his own. 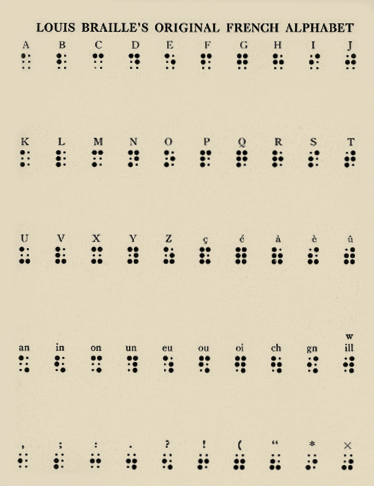 The first version of braille, composed for the French alphabet (c. 1824)

By 1824, the new and simplified system was largely completed. At that time, Braille was only 15 years old. He accomplished to simplify Barbier’s night writing method and maximized its efficiency. Braille created uniform columns for each letter, and reduced the originally twelve raised dots to only six. The first work on the new writing system was published in 1829 by Braille and later on the dashes were discarded as they were too hard to distinguish. Since Braille created smaller cells that were capable of being recognized as letters with a single touch of a finger, reading got ore convenient and fast. Louis Braille constructed a robust communication system. “It bears the stamp of genius” wrote Dr. Richard Slating French, former director of the California School for the Blind, “like the Roman alphabet itself”.

Later on, the system was extended to also include braille musical notation. In 1829, he published the first book about his system, Method of Writing Words, Music, and Plain Songs by Means of Dots, for Use by the Blind and Arranged for Them. Ironically however, this book was first printed by the raised letter method of the Haüy system. Ten years later, Braille published the decapoint system, which combined his method of dot-punching with a new specialized grill which Braille devised to overlay the paper. After the introduction of decapoint, Braille gave assistance to his friend Pierre-François-Victor Foucault, who was working on the development of his Raphigraphe, a device that could emboss letters in the manner of a typewriter. This font was intended for blind students who wanted to write to relatives or friends who could not read this braille. The upper and lower case letters as well as numbers of the Raphigrafie alphabet were up to ten dots high and differently wide. With the advent of the mechanical typewriter, this typeface fell into oblivion again. However, Foucault’s machine was hailed as a great success and was exhibited at the World’s Fair in Paris in 1855. 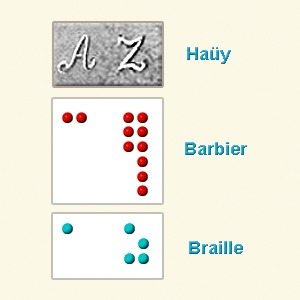 Three forms of the letters “A” and “Z”

It was not until 1850 that braille officially became the subject of instruction at French schools for the blind. Braille no longer experienced the international breakthrough of his invention. Louis Braille died of tuberculosis in Paris on 6 January 1852 at age 43.

LEARN GRADE ONE BRAILLE IN ONE LESSON: The Alphabet, Punctuation, and Numbers (PART 1-3), [8]