You are here: Home › physics › Lion Feuchtwanger and his Ardous Path of Knowledge 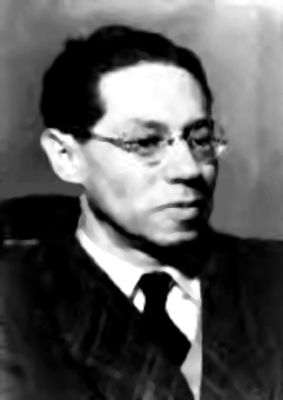 On July 7, 1884, German-Jewish novelist and playwright Lion Feuchtwanger was born. A prominent figure in the literary world of Weimar Germany, he is best known today for his novel Jud Süß and is considered one of the most widely read German-language authors of the 20th century, whose work influenced contemporary playwrights such as Bertolt Brecht.[1]

Lion Feuchtwanger was born in Munich, Bavaria, and grew up as the son of the wealthy Jewish Orthodox margarine manufacturer Sigmund Aaron Meir Feuchtwanger and his wife Johanna, née Bodenheim. Feuchtwanger’s school career began at the age of six at the St. Anna Elementary School in Lehel, Munich. He then attended the conservative Wilhelms-Gymnasium. Lion described his education as “pedantic and sober, without sports, conservative and patriotic; unrelated to real life”. In addition to his school activities, he studied the Hebrew Bible and the Aramaic Talmud for at least one hour a day under the guidance of a private teacher, usually at five o’clock in the morning. Early on, Lion Feuchtwanger made his first attempts as a writer, which earned him an award even as a student. In 1903 he graduated from the humanistic Wilhelmsgymnasium in Munich with the Abitur. Afterwards he studied history, philosophy and German philology in Munich and Berlin. He received his doctorate in 1907 under Franz Muncker on Heinrich Heine‘s The Rabbi of Bacharach.[2] He refrained from a habilitation due to the restrictions for Jews.

In 1908 Feuchtwanger founded his own cultural magazine Der Spiegel (The Mirror), which, due to financial problems, soon merged with the journal Die Schaubühne.  After the outbreak of the First World War, he was called up for military service as a substitute reservist, from which he was discharged a month later for health reasons. After some successes as a playwright he shifted his focus to the historical novel, inspired by his wife Marta. The most successful was Jud Süß (Jew Suss, written in 1921/1922, published in 1925), which also found great international acclaim as early as 1926, after Feuchtwanger had long searched in vain for a publisher in Germany. The subject of anti-Semitism seemed unpopular. The novel’s success established Feuchtwanger as a major German author as well as giving him a royalty stream that afforded him a measure of financial independence for the rest of his life. His second great success was The Ugly Duchess Margarete Maultasch. In 1932 the first part of the Josephus trilogy The Jewish War was published. Feuchtwanger spoke out in favor of cosmopolitanism and thus also against Jewish nationalism. He was also directed against Marxist historical materialism.

The Rise of National Socialists

“A great man,” he said, “whom you can’t stand, neither can I, by the way, his name is Karl Marx, said: Philosophers have explained the world, it’s important to change it. I for my part believe that the only way to change it is to explain it. If you explain it plausibly, you change it in a quiet way, through continuing reason. To change it by force is something only those who cannot explain it plausibly try to do. These loud attempts do not last, I believe more in the quiet ones. Great empires pass away, a good book remains. I believe in good paper more than in machine guns.”
– Lion Feuchtwanger, Success (1930)

Feuchtwanger was one of the first to recognize the dangers of Hitler and the NSDAP. As early as 1920, Conversations with the Eternal Jew appeared as a vision in the satirical text, which later became reality as a result of anti-Semitic racial mania. The figures of the “brown Munich” of the 1920s appear much more precisely in the 1930 roman à clef Erfolg (Success), in which Feuchtwanger draws an easily recognisable portrait of Hitler in the figure of Rupert Kutzner. In November 1932 he set off for lectures in London and the USA. The National Socialist “seizure of power” at the end of January 1933 made his return to Germany impossible, as Feuchtwanger was regarded by the National Socialists as one of their main intellectual opponents. His books became a victim of the 1933 book burning. His name appeared in Hitler Germany’s first list of expatriates published in 1933. A literary fruit of this phase was the novel Die Geschwister Oppermann (The Oppermann siblings).

From 1933, already in the early phase of the Nazi dictatorship, Feuchtwanger lived with his wife in Sanary-sur-Mer, which Marta played a decisive role in making into a centre of German-speaking exile in southern France. In the novel Exile, which was published shortly before the German invasion of the Netherlands, he describes the life of intellectuals in French exile. After the start of the German campaign to the West in May 1940, Feuchtwanger, like many other Germans who were in France as “étranger indésirable” (unwanted foreigners), had to go to the internment camp Les Milles, where he had already been interned for a few weeks when the war broke out in 1939. Later, due to the advance of German troops, the prisoners of Les Milles were transferred to a temporary tent camp near Nîmes. From there he was smuggled out – disguised as a woman – by employees of the American consulate in Marseille.

Disappointed by the democracies of the West, which in his opinion had to take a decisive stand against the National Socialist regime, Feuchtwanger placed his hopes in the USSR. In 1937, Stalin received him like a guest of state in the Kremlin and granted him an interview; statements from it were incorporated into his book Moscow 1937, which praised Stalin. After his return to Sanary-sur-Mer and since the Soviet leadership feared that he might strike a critical note in it, the Pravda reporter Mikhail Kolzow, who was on his way into the Spanish Civil War, was instructed to visit Feuchtwanger. Koltsov persuaded him to delete positive passages about Leon Trotsky and the quoted critical remarks of Lenin about Stalin from the manuscript. In the same year a Russian edition of 200,000 copies was published, Stalin personally edited the preface.

Emmigration to the USA

With the support of Varian Fry, Feuchtwanger was able to flee with his wife under adventurous circumstances via Spain and Portugal to the USA after months of waiting in Marseilles. From 1941 until his death he lived in California, and from November 1943 in the comfortable Villa Aurora. Also through the income from film rights he could afford this lifestyle with a big library. In 1944 Feuchtwanger was co-founder of the Aurora publishing house in New York. After the war, he was observed suspiciously by the US authorities as a left-wing intellectual during the McCarthy era. In 1947 (i.e. years before Arthur Miller‘s drama Witch Hunt of 1953) he wrote a play about the Salem witch trials: Wahn oder Der Teufel in Boston (Delusion or The Devil in Boston), which premiered in Germany in 1949 and was performed in Los Angeles and New York in 1953. At the end of his life, he returned to Jewish themes (The Jewess of Toledo) and advocated a Jewish state as a refuge.

Through the works from his time in France and the USA, Feuchtwanger counts among the great writers of exile literature. In 1953 he received the National Prize of the GDR 1st class for art and literature. There he was generally held in honour as an anti-fascist and because of his sympathies for communism. Lion Feuchtwanger fell ill with stomach cancer in 1957. After several operations, he died of internal bleeding at the end of 1958.