You are here: Home › mathematics › Leonid Kantorovich and the Optimal Allocation of Scarce Resources 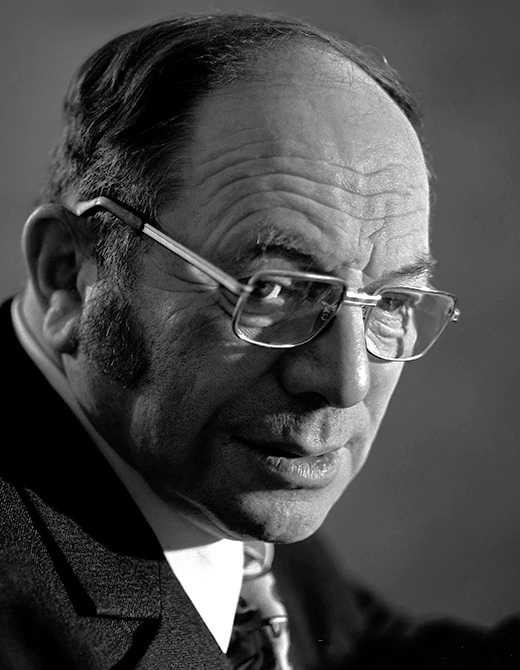 On January 19, 1912, Soviet mathematician and economist Leonid Vitaliyevich Kantorovich was born. Kantorovich shared the 1975 Nobel Prize for Economics with Tjalling Koopmans for their work on the optimal allocation of scarce resources.

“In our time mathematics has penetrated into economics so solidly, widely and variously, and the chosen theme is connected with such a variety of facts and problems that it brings us to cite the words of Kozma Prutkov which are very popular in our country: “One can not embrace the unembraceable”. The appropriateness of this wise sentence is not diminished by the fact that the great thinker is only a pen-name.”
– Leonid Kantorovich, “Mathematics in Economics: Achievements, Difficulties, Perspectives ” Lecture to the memory of Alfred Nobel, December 11, 1975

Kantorovich was born in Saint Peterburg, Russia, into a Russian Jewish family. His father Vitaliy Moiseevich Kantorovich, was a popular medical doctor specializing in sexually transmitted diseases, and his mother was Paulina Grigoryevna Zaks. Kantorovich was a child prodigy and according to his autobiographical notes his interest in science began when he was eight years old. In 1922, when he was ten years old, his father died and from that time on he was brought up by his mother. He entered the Mathematics Faculty of Leningrad State University in 1926, when he was only 14 years old. In his second year at university, Kantorovich began research as a member of Grigorii Mickhailovich Fichtengolz’s descriptive function theory seminar.[1]

He graduated in 1930 at the age of eighteen having reached the level equivalent to a doctorate and continued to undertake research in the Mathematical Department of the Faculty of Physics and Mathematics of Leningrad State University. In 1931, he was appointed as a research associate in the Research Institute of Mathematics and Mechanics of Leningrad State University and, from 1932, an associate professor in the Department of Numerical Mathematics. In 1934, at the age of 22 years, he became a full professor at the University of Leningrad and remained in that position until 1960. In the following year, he participated in the Moscow Topological Congress. There he met John von Neumann, George David Birkhoff, Albert William Tucker, Maurice Fréchet and other mathematicians, and he maintained his contacts with these mathematicians concerning his work on partially-ordered spaces.[1,5]

In 1935 he made a major breakthrough when he defined what are now called K-spaces. Kantorovich called the concept “semiordered linear space”. With the introduction of such a space linear operations of one abstract class (those with values in these spaces) can be studied in the same way as linear functionals. K-spaces are vector lattices in which every nonempty order bounded subset has an infimum and supremum. In 1936 he published On one class of functional equations in which he applied semiordered spaces to numerical methods.

Kantorovich’s interest in economics began in 1938, when he worked for the Soviet government on the task of optimizing production in a plywood industry. In 1939, he came up with the mathematical technique now known as linear programming and applied it to economics, some years before it was advanced by George Dantzig. Kantorovich introduced many new concepts into the study of mathematical programming such as giving necessary and sufficient optimality conditions on the base of supporting hyperplanes at the solution point in the production space, the concept of primal-dual methods, the interpretation in economics of multipliers, and the column-generation method used in linear programming. One of his most fundamental works on economics was The best use of economic resources which he wrote in 1942 but was not published until 1959. In this work Kantorovich applies optimization techniques to a wide range of problems in economics.[1]

The Nobel Prize for Economics

Since 1960, Leonid Kantorovich lived and worked in Novosibirsk, where he created and took charge of the Department of Calculus Mathematics in Novosibirsk State University. He held the chair of mathematics and economics in the Siberian branch of the USSR Academy of Sciences in Novosibirsk (1961-1971), then directed research at Moscow’s Institute of National Economic Planning (1971-76). In 1975, Kantorovich shared the Nobel Prize for Economics with Tjalling Koopmans for their work on the optimal allocation of scarce resources. His long name led to problems in the production of the Nobel Prize medals in 1975, as the name of the winner is traditionally stamped on the edge. Only after changing the font size was there enough space for the full name.

Leonid Kantorovich also worked in many other areas of mathematics, which include functional analysis and numerical analysis and within these topics he published papers on the theory of functions, the theory of complex variables, approximation theory in which he was particularly interested in using Bernstein polynomials, the calculus of variations, methods of finding approximate solutions to partial differential equations, and descriptive set theory. His remarkable contribution to mathematics, economics and computers was published in over 300 papers and books. [1]