You are here: Home › psychology › Kurt Lewin and Formation of Social Psychology 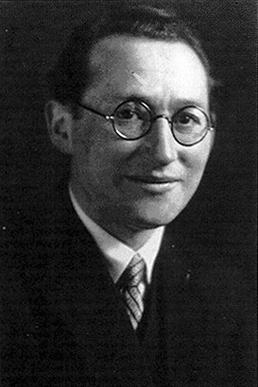 On September 9, 1890, German-American psychologist Kurt Zadek Lewin was born. Lewin is known as one of the modern pioneers of social, organizational, and applied psychology in the United States. He is often recognized as the “founder of social psychology” and was one of the first to study group dynamics and organizational development.

“Only a few years ago one could observe, at least among German psychologists, a quite pessimistic mood. After the initial successes of experimental psychology in its early stages, it seemed to become clearer and clearer that it would remain impossible for experimental method to press on beyond the psychology of perception and memory to such vital problems as those with which psychoanalysis was concerned. Weighty ‘philosophical’ and ‘methodological’ considerations seemed to make such an undertaking a priori impossible.”
– Kurt Lewin, A Dynamic Theory of Personality, 1935

In 1890, Lewin was born into a Jewish family in Mogilno, County of Mogilno, Province of Poznań, Prussia (modern Poland). It was a small village of about 5,000 people, about 150 of whom were Jewish. Lewin received an orthodox Jewish education at home. He was one of four children born into a middle-class family. The family moved to Berlin in 1905, so Lewin and his brothers could receive a better education. From 1905 to 1908, Lewin attended the Kaiserin Augusta Gymnasium, where he received a classical humanistic education. In 1909, he first studied medicine at the University of Freiburg, but later transferred to University of Munich to study biology. In 1910, Lewin transferred to the Royal Friedrich-Wilhelms University of Berlin, where he was still a medical student, however, one year later his enthusiasm has shifted to psychology. At the University of Berlin, Kurt Lewin continued his Ph.D. with Carl Stumpf. However, due to the beginning of the first world war, he was unable to complete his doctorate, whose experimental work he carried out between 1912 and 1914.

With the outbreak of World War I, Lewin volunteered for military service and served until the end of the war. He was seriously wounded in 1918; it was not until 1919 that he was discharged from the military hospital and awarded the Iron Cross. Since he was unable to complete his doctorate before the war, he was awarded his doctorate in 1916 with a thesis on the “Basic Law of Association“. In 1920, he submitted a monograph entitled “The Concept of Genesis in Physics, Biology, and the History of Development” as his habilitation thesis. This book later became known as “Geneseschrift“. However, the book met with incomprehension among the reviewers and was therefore withdrawn, instead the path to a cumulative habilitation was taken. The core of this cumulative habilitation was a significantly expanded version of his doctoral thesis.

Psychology of Action and Affect

In the early 1920s he began teaching at the Friedrich Wilhelm University in Berlin. He was to teach and conduct research at this university until his emigration to the USA in 1933. Lewin had originally been involved with schools of behavioral psychology before changing directions in research and undertaking work with psychologists of the Gestalt school of psychology, including Max Wertheimer and Wolfgang Kohler.[4] He also joined the Psychological Institute of the University of Berlin where he lectured and gave seminars on both philosophy and psychology. At the University of Berlin, Kurt Lewin served as professor from 1926 to 1932, where he conducted experiments about tension states, needs, motivation, and learning. In 1926, among many other works, he began his “Investigations into the Psychology of Action and Affect“, which lasted well into the 1930s and consisted of over 20 different individual experimental psychological studies.

In 1933, Lewin immigrated to the United States, and he worked at Cornell University and for the Iowa Child Welfare Research Station at the University of Iowa. Lewin later became director of the Center for Group Dynamics at MIT. After World War II, Lewin was involved in the psychological rehabilitation of former occupants of displaced persons camps with Jacob Fine at Harvard Medical School. When Eric Trist and A.T.M. Wilson wrote to Lewin proposing a journal in partnership with their newly founded Tavistock Institute and his group at MIT, Lewin agreed. The Tavistock journal, Human Relations, was founded with two early papers by Lewin entitled “Frontiers in Group Dynamics“. 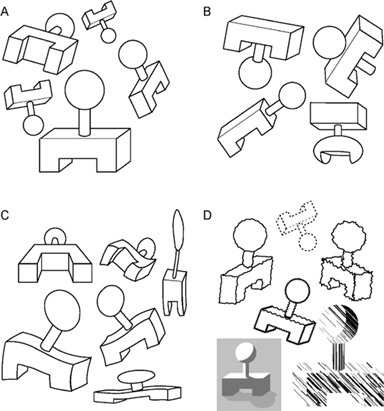 Kurt Lewin, together with Max Wertheimer, Wolfgang Köhler and Kurt Koffka became known as one of the most important figures in Gestaltpsychology

Kurt Lewin was an applied researcher and practical theorist. Despite this debate within the social sciences at the time, Lewin argued that “applied research could be conducted with rigor and that one could test theoretical propositions in applied research.” Lewin managed to become a “master at transposing an everyday problem into a psychological experiment.” Kurt Lewin was further known for his action research, a term he coined for himself. Especially, he was interested in  the concepts of Jewish migration and identity. He was confused by the concept of how while an individual distanced themselves from performing the Jewish identity in terms of religious expression and performance, they were still considered Jewish in the eyes of Nazis. This concept of denying one’s identity and the promotion of self-loathing as a form of coping with a dominant group’s oppression represented the crisis of Lewin’s on migration to the United States.

In the 1940s, Kurt Lewin drew a triangle to represent the interdependence of research, training, and action in producing social change. Lewin’s world view and paradigm are believed to have furthered his research and determined precisely how he was going to utilize the findings from his field research.  On this basis, they also developed numerous additional methods, such as sensitivity training or the T(rainings) group (also known as sensitivity training group), which is a basic model for every self-help group. To this day, the extent of the innovations in social techniques emanating from Lewin and his group remains controversial; opinions range from “very little” to “central to the history of science”. Methodologically, Lewin used film as a method of documentation early on. In his books, he used many graphic representations for the precise exposition or illustration of his ideas.

Field theory can be regarded as one of Kurt Lewin’s most important contributions to psychological and social science research. This theory, which is more than 70 years old, is not explicitly one of the current theories in the social sciences and is relatively little researched and developed. Field theory has been developed mainly in the Principles of Topological Psychology (published in 1936), in the article The Conceptual representation and the measurement of psychological Forces (1938) and in numerous articles published later. Due to his early death, there is no closed presentation of his theory written by himself. Six essential points of his theory are repeatedly cited as characteristic:

Lewin died in Newtonville, Massachusetts, of a heart attack in 1947 at age 56.