You are here: Home › war/crime › The Legend of Klaus Störtebeker, Privateer 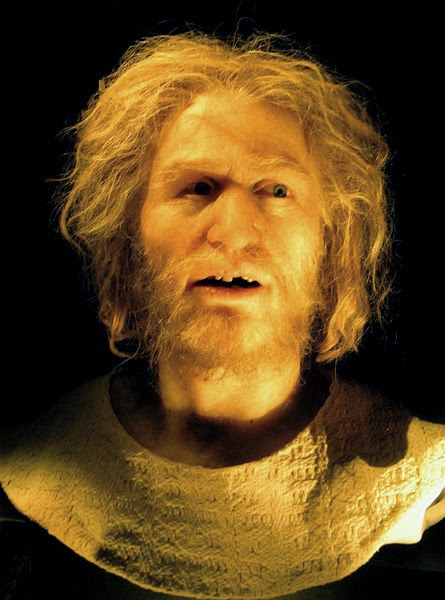 On October 20, 1401, Klaus Störtebeker, representative of a companionship of privateers known as the Victual Brothers, was executed by order of the senate of Hamburg. His life has become legend and he often is compared to other historic freedom fighters such as Che Guevara or Robin Hood, because he fought the rich in the name of the poor.

The exact roots of Klaus Störtebeker are unknown, but several rumors and myths circulate about the man’s origins. However, it was found out that in 1380 two men were thrown out of the city of Wismar after a bar fight and one of these men was recorded with the name Nicolao Stortebeker. It is also said that his name (Störtebeker = down the beaker) evolved after nights of heavy drinking and that he was able to drink 4 liters of beer or wine at once.

Robin Hood of the Sea

The Victual Brothers robbed numerous ships in the Baltic and North Sea before selling their prey legally at the markets of Wismar. Representatives of the city of Hamburg made it to their personal goals to fight piracy and therefore to fight against Störtebeker, but it was no help. Again and again the brothers robbed merchant ships until they got arrested. In 1401 a traitor on board the 72 crew ship is supposed to have poured liquid lead into the steering system and caused the ship to be unable to maneuver. In October of the same year, Störtebeker along with every single member of the crew was executed. The chopped off heads were displayed along the Elbe River as a warning to the citizens. It is also said that a great amount of the collected treasures was hidden in the ship’s masts and it was only found when a shipbuilder was about to take it apart. 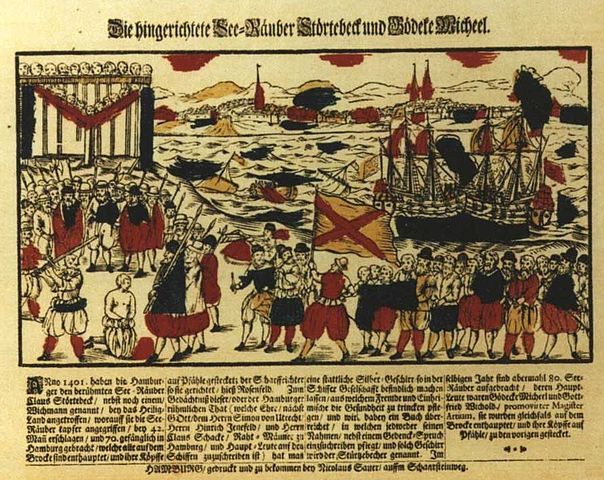 The legend of Klaus Störtebeker may only be a legend. Several historians researched for him and most found a man called Johan Störtebeker from Danzig. He was appointed to secure English merchant ships and was known to be no pirate, criminal or what so ever. Still, the legends exist and until this day it is unknown which story is true or fictional. In the 16th century, several art works were made showing Klaus Störtebeker and mixed with actual historical findings. It is unclear what the pirate may have looked like but there are several assumptions. A skull of a pirate was found and thought to have belonged to Störtebeker. On this day it is displayed at a museum in Hamburg, Germany. Canadian forensic experts made several tests on the skull but were not able to clearly identify it to be the head of Klaus Störtebeker. Still the skull was reconstructed and the resulting image is today known as a probable look of the pirate.

Numerous tales tell the story of further hidden treasures on the Island of Rügen at the Baltic Sea. The region is visited by hundreds of tourists every year, who enjoy theater shows of Klaus Störtebeker as well as the many breweries and tourist ships named after him.