You are here: Home › psychology › June Etta Downey and the Individual Will-Temperament Test 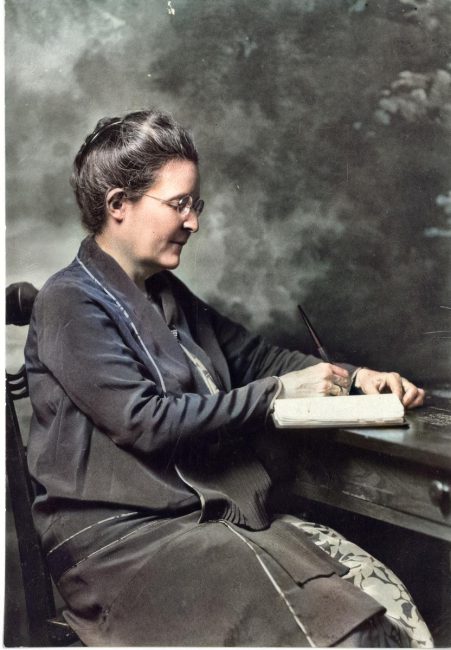 On July 13, 1875, American psychologist June Etta Downey was born. Downey is best known for having developed the Individual Will-Temperament Test, which was one of the first tests to evaluate character traits separately from intellectual capacity and the first to use psychographic methods for interpretation.

June Downey was born in Laramie, Wyoming to Stephen Wheeler Downey and Evangeline (Owen) Downey as the second child in a family of nine. Her father was a colonel in the Union Army and one of the founders of the University of Wyoming. She attended the University of Wyoming and graduated in 1895 with the degree in Greek and Latin. At the University of Chicago, Downey earned her master’s degree in 1898. There, she also published her first article, A Musical Experiment, in the American Journal of Psychology before finishing her degree.

After graduating, Downey returned to the University of Wyoming as an instructor of English and Philosophy, and studied at Cornell University under Edward B. Titchener, himself a student of Wilhelm Wundt,[5] a pioneer of experimental psychology, and an important figure in early experimental psychology in America. In 1905, June Etta Downey was appointed Professor of Philosophy at the University of Wyoming, and returned to the University of Chicago to earn her doctoral degree. Downey’s dissertation was titled Control Processes in Modified Handwriting: An Experimental Study and in it, the researcher theorized that handwriting gave clues to an individual’s temperament and personality. In 1915, June Etta Downey was appointed head of the Department of Psychology and Philosophy.

Downey’s scientific contributions covered a large area, however, the probably most important work was achieved in the field of experimental personality studies. Much of Downey’s work revolved around her believe that a strong mind-body connection exists and she managed to identify motor processes as a method to express character traits. Downey was greatly interested in the creative arts. She wrote poems, plays, and stories throughout her life. She even wrote the school song, “Alma Mater”, for the University of Wyoming. In 1911, she published The Imaginal Reaction to Poetry, one of her most important experiments involving the arts. This study examined the images people had in response to reading poetry, she believed that variation in such images revealed differences in character.

Her work on personality traits led Downey to the development of the Downey Individual Will-Temperament Test in 1919. In the test, personality was researched mainly through handwriting analysis and some sort of muscle reading. The test consisted of 10 subsets that when combined could be calculated into a total score that represented one’s “will-capacity”. The Downey Individual Will-Temperament Test was arranged to represent three personality types. The three personality types are hairtrigger, which is impulsive and quick, the witful type, succinct and decisive, and the accurate type, which is slow and thoughtful scored. The Will-Temperament Test was the first known test to evaluate character traits separately from intellectual capacity and the first known test to use psychographic methods in its interpretation.

Your personality and your brain | Scott Schwefel | TEDxBrookings, [6]