You are here: Home › art › Josiah Wedgwood and his Pottery Company 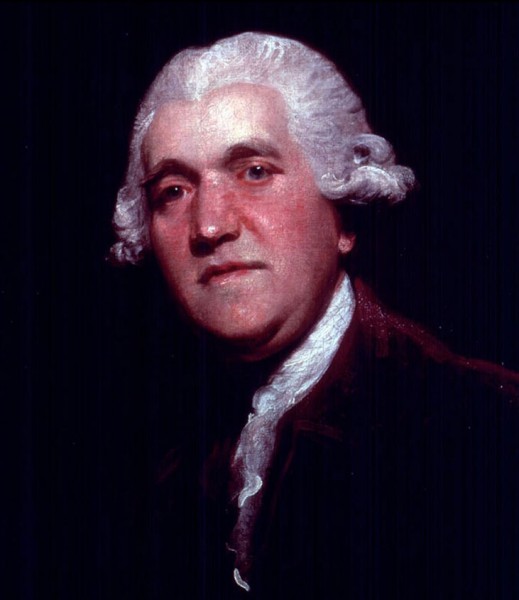 On July 12, 1730, English potter and founder of the eponymous company Josiah Wedgwood was born. Wedgwood is credited with the industrialisation of the manufacture of pottery. Every new invention that Wedgwood produced – green glaze, creamware, black basalt and jasper – was quickly copied. Having once achieved perfection in production, he achieved perfection in sales and distribution.

The Art of Making Porcelain

We had already featured the (re-)discovery of the art of making porcelain in Europe by Ehrenfried Walther von Tschirnhaus and Johann Friedrich Böttger,[1] who conducted countless experiments to produce porcelain with unpredictable results and failure. In 1708, von Tschirnhaus finally succeeded to produce white and vitrified European porcelain, and in 1710 founded the first porcelain manufacture in Meissen, Saxony.[1]

The Industrialisation of Pottery

Today, we will focus on the industrialisation of pottery, for which Josiah Wedgwood was a key figure. Born in Burslem, Staffordshire, England, the eleventh and last child of Thomas Wedgwood and his wife Mary, Josiah Wedgwood was raised within a family of English Dissenters whose members had been potters since the 17th century. His father’s death in 1739 led him to an early start working by the age of nine to become a skilled potter. He survived a childhood bout of smallpox to serve as an apprentice potter under his eldest brother Thomas Wedgwood IV. Smallpox left Josiah with a permanently weakened knee, which made him unable to work the foot pedal of a potter’s wheel. Later, in 1768 he even had to have his right leg amputated. As a result, he concentrated from an early age on designing pottery and then making it with the input of other potters, thus encouraging his love of experimentation. 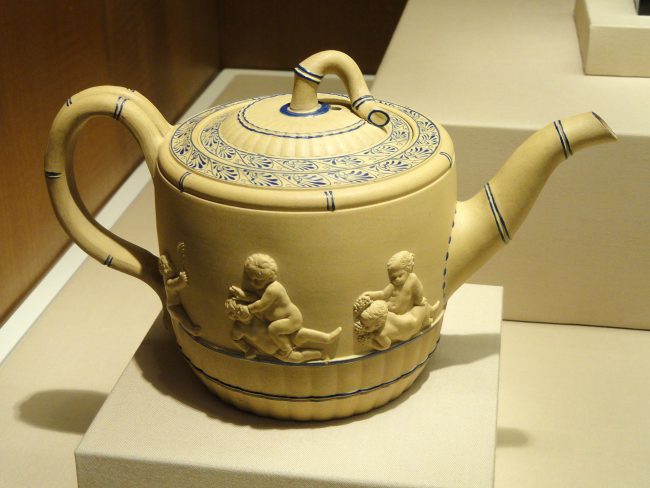 Thomas refused Josiah a partnership in the business in 1749, so the younger man moved first to a small pottery run by John Harrison, then more happily to the firm of the most renowned English pottery-maker of his day, Thomas Wheildon of Fenton, who eventually became his business partner in 1754.[2] This became a fruitful partnership, enabling Wedgwood to become a master of current pottery techniques. He then began what he called his “experiment book,” an invaluable source on Staffordshire pottery. After inventing the improved green glaze still popular today, Wedgwood terminated his partnership with Whieldon and went into business for himself at Burslem, first at the Ivy House factory, where he perfected cream-coloured earthenware.

Wedgwood was keenly interested in the scientific advances of his day and it was this interest that underpinned his adoption of its approach and methods to revolutionize the quality of his pottery. His unique glazes began to distinguish his wares from anything else on the market. Wedgwood greatly improved the clumsy ordinary crockery of the day, introducing durable, simple and regular wares. His cream coloured earthenware was christened ‘Queen’s Ware’ after Queen Charlotte, who appointed him queen’s potter in 1762.[2] Well finished and clean in appearance with simple decoration, Queen’s ware became, by virtue of its durable material and serviceable forms, the standard domestic pottery and enjoyed a worldwide market.[3] 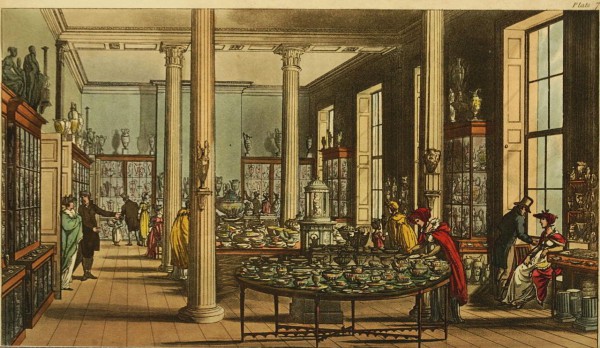 From 1768 to 1780 he partnered with Thomas Bentley, a potter of sophistication and astute taste. He first opened a warehouse at Charles Street, Mayfair in London as early as 1765 and it soon became an integral part of his sales organization, soon to be followed by warehouses and showrooms at Bath, Liverpool and Dublin. Over the course of the next decade, his experimentation as well as a considerable injection of capital from his marriage to a richly endowed distant cousin transformed the sleepy artisan works into the first true pottery factory. The most important of Wedgwood’s early achievements in vase production was the perfection of the black stoneware body, which he called ‘basalt’. This body could imitate the colour and shapes of Etruscan or Greek vases which were being excavated in Italy. In 1769 ‘vases was all the cry’ in London; he opened a new factory called Etruria, north of Stoke. 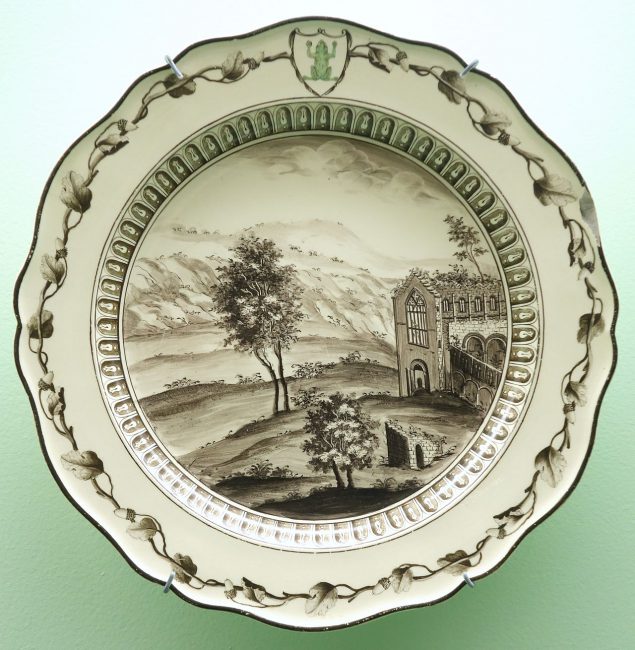 Wedgwood’s accomplishments were enormous and diversified. His wares appealed particularly to the rising European bourgeois class, and porcelain and faience factories suffered severely from competition with him. Even the great factories at Sèvres, France, and at Meissen, Germany, found their trade affected. Evidence of the popularity of Wedgwood’s creamware is found in the gargantuan service of 952 pieces made in 1774 for Empress Catherine the Great of Russia (Catharine paid ₤ 2,700. It can still be seen in the Hermitage Museum).[3]

As a leading industrialist, Wedgwood was a major backer of the Trent and Mersey Canal dug between the River Trent and River Mersey, which he believed would assist in improving the transport of raw materials and finished wares. Later that decade, his burgeoning business caused him to move from the smaller Ivy Works to the newly built Etruria Works, which would run for 180 years. The factory was so-named after the Etruria district of Italy, where black porcelain dating to Etruscan times was being excavated. Wedgwood found this porcelain inspiring, and his first major commercial success was its duplication with what he called “Black Basalt”. Black basalt was often accompanied by red encaustic painting to imitate Greek red-figure vases. He combined experiments in his art and in the technique of mass production with an interest in improved roads, canals, schools and living conditions. At Etruria, he even built a village for his workers.

Wedgwood’s invention of the pyrometer, a device for measuring high temperatures invaluable for gauging oven heats for firings, earned him commendation as a fellow of the Royal Society. Wedgwood is also credited as the inventor of modern marketing, specifically direct mail, money back guarantees, travelling salesmen, carrying pattern boxes for display, self-service, free delivery, buy one get one free, and illustrated catalogues. After passing on his company to his sons, Josiah Wedgwood died at home, probably of cancer of the jaw, in 1795, at age 64.