You are here: Home › chemistry › Joseph Proust and the Law of Constant Composition 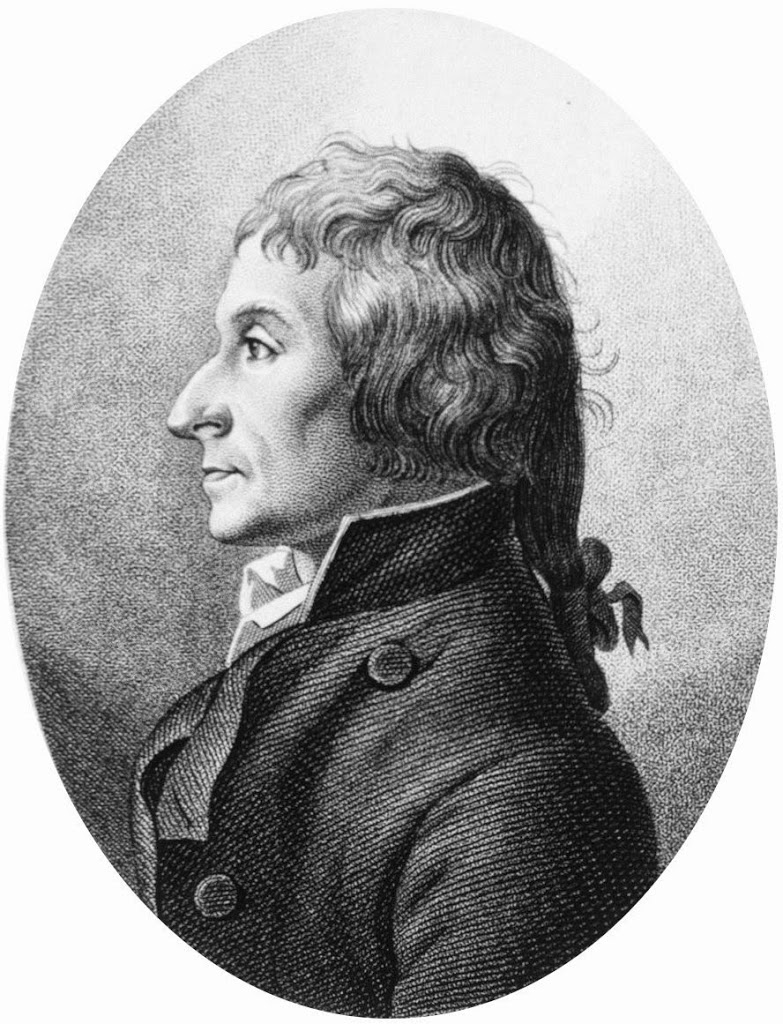 On September 26, 1754, French chemist Joseph Louis Proust was born. He was best known for his discovery of the law of constant composition in 1799, stating that in chemical reactions matter is neither created nor destroyed.

Joseph L. Proust was born on September 26, 1754 in Angers, France as the second son of Joseph Proust, an apothecary, and Rosalie Sartre. Joseph studied chemistry in his father’s shop and later came to Paris, where he studied chemistry with Hilaire-Martin Rouelle. In 1776 Proust was appointed a pharmacist at the Salpêtrière Hospital in Paris. He published his first papers while at this hospital. However, his position was short-lived, for in 1778 Proust abandoned pharmacy to take a professorship of chemistry at the recently established Seminario Patriótico Vascongado in Vergara, Spain. This school was the creation of the Real Sociedad Económica Vascongada de Amigos del País, the first and most important of the “enlightened” provincial societies in Spain.[1]

In 1780 Proust returned to Paris, where he taught chemistry at the Musée, a private teaching institution founded by scientific impresario and aeronaut Jean-François Pilâtre de Rozier. Part of this association involved Proust with aerostatic experiments, which culminated in a balloon ascent with Pilâtre on June 23, 1784, at Versailles, in the presence of the king and queen of France, the king of Sweden, and the French court. In 1786 Proust returned to Spain to teach chemistry, first at Madrid and then in 1788 at the Royal Artillery School in Segovia. Founded in 1764, this school was part of the program of the government of Charles III to bring Spain abreast of the northern European countries regarding military training. Because of Spain’s scientific backwardness, expert instructors had to be sought abroad and Proust had been recommended by no less than the great French chemist Antoine-Laurent de Lavoisier.

But when Napoleon invaded Spain, they burned Proust’s laboratory and forced him back to France. Proust is best known for two major advances in analytical chemistry. First, he developed the use of hydrogen sulfide as a reagent (a substance used to detect the presence of other substances by the chemical reactions it causes). Hydrogen sulfide is a colorless, extremely poisonous gas with a sweetish taste and a strong odor of rotten eggs. Chemical compounds containing sulfur produce hydrogen sulfide when they react with certain other chemical compounds. This is why the odor of hydrogen sulfide can be detected around decaying organic matter. Hydrogen sulfide is flammable and burns with a pale blue flame. Chemists make hydrogen sulfide in the laboratory by combining such strong acids as hydrochloric acid with such metal sulfides as iron sulfide. They use the gas to analyze the composition of mixtures and to produce other compounds.[2]

His second achievement derived from a controversy with C.L. Berthollet on the law of definite proportions, which is sometimes also known as Proust’s Law. Proust studied copper carbonate, the two tin oxides, and the two iron sulfides to prove this law. He did this by making artificial copper carbonate and comparing it to natural copper carbonate. With this he showed that each had the same proportion of weights between the three elements involved . Between the two types of the other compounds, Proust showed that no intermediate compounds exist between them. Proust published this paper in 1794, and his famous opponent Berthollet did not believe that substances always combine in constant and definite proportions. Moreover, Bethollet claimed that that the products of a reaction depend on the ratio of reactants. Proust’s law was not accepted until 1812, when the Swedish chemist Jöns Jacob Berzelius gave him credit for it.

Although Proust was correct in his observations, the reason why reagents behave in the way he described did not become clear until English chemist John Dalton formulated his atomic theory in 1803. According to Dalton, a fixed number of atoms of one substance always combined with a fixed number of atoms of another substance in forming a compound. Dalton realized that substances must combine in the same proportions by weight as the weight proportions of their atoms. Other chemists had already observed that pure substances do combine in fixed proportions. They called that finding the law of definite (or constant) proportions. Dalton’s theory explained the law.

Proust also performed a series of researches to characterize different types of sugars, present in vegetable products. After the death of his wife in 1817, Proust moved to Angers, where in 1820 he took over the pharmacy of his brother Joachim. In 1819 he became a chevalier of the Legion of Honor, and in 1820 he was granted a pension by Louis XVIII. [2] On July 5, 1826 he died in Angers, France.

At yovisto, you can earn a better understanding basic chemistry in the organic chemistry lecture series of Yale Prof. J. Michael McBride on Rise of the Atomic Theory (1790-1850).