You are here: Home › explorer › Joseph Nicollet and the Upper Mississippi River 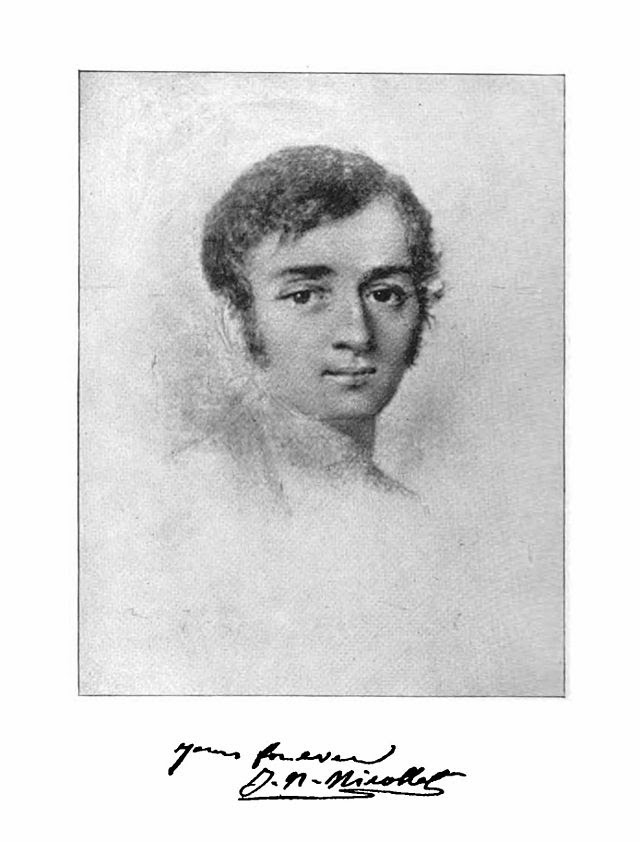 On July 24, 1786, French geographer, astronomer, and mathematician Joseph Nicolas Nicollet was born. He is best known for mapping the Upper Mississippi River basin during the 1830s. Nicollet’s maps were among the most accurate of the time and they provided the basis for all subsequent maps of the American interior.

Jean-Nicholas Nicollet – Building up a Reputation

Jean-Nicolas Nicollet was born in Cluses, Savoy, France. He was very bright, showing aptitude in mathematics and astronomy that earned him a scholarship to the Jesuit college in Chambéry and led him to begin teaching mathematics at age 19. Wishing to further his education, he went to Paris and attended the École Normale Supérieur. He taught in Paris for a brief period before, in 1817, becoming secretary and librarian at the Paris Observatory. At the Observatory he continued his education, studying under mathematician Pierre-Simon Laplace. He continued teaching mathematics and, in 1818, he gives his posts as astronomer attached to the Royal Observatory in Paris and professor of mathematics at the College of Louis-Le-Grand. Working at the observatory, Nicollet discovered a comet and built a reputation as an expert in astronomy and physical geography. Afterward, he worked as a mathematics professor at the Collège Louis-le-Grand during the 1820s [1].

Nicollet rapidly made a fine reputation for himself both as a teacher and as a mathematical astronomer at the observatory, receiving the Legion of Honour for his excellent work. Using his mathematical skills, he applied the principles of mathematical probability to the stock market believing that he could make his fortune. His probability considerations did not allow for the French Revolution of 1830 which caused the stock market to crash. Nicollet was ruined financially. Penniless, he emigrated to the United States in 1832.

Nicollet hoped to boost his reputation among European academics through his work in the United States. He intended to make a “scientific tour” of the country and had a goal of using his expertise to accurately map the Mississippi River Valley. He arrived in Washington, D.C., where he met with scientists and government officials, discussing scientific surveys of the country. Nicollet traveled to New Orleans, from where he intended to proceed to St. Louis, Missouri. But, because of a cholera outbreak, travel became difficult. After a delay of 3 years, Nicollet finally arrived in St. Louis in 1835. Upon his arrival in St. Louis, Nicollet gained support for his plan to map the Mississippi River from the American Fur Company and the wealthy Choteau family. Overall, Nicollet led three expeditions exploring the Upper Mississippi, mostly in the area that is now Minnesota, North Dakota and South Dakota. 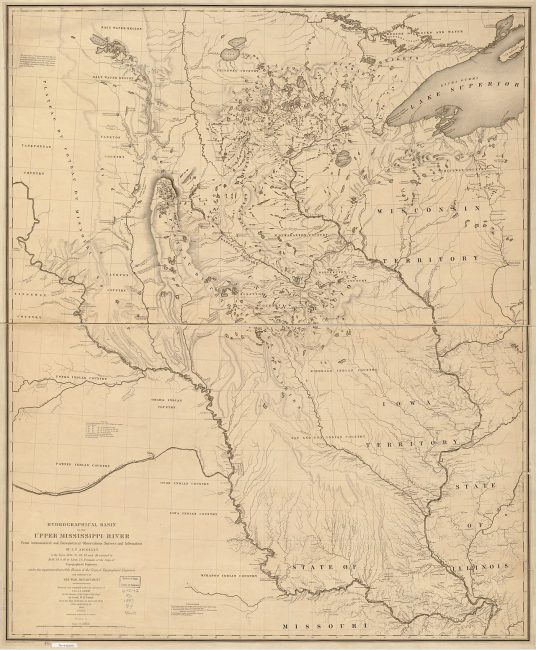 Nicollet’s map of the Hydrographical Basin of the Upper Mississippi River, 1843.

Up to the Source of the Mississippi

Nicollet was frequently ill due to his weak constitution and exposure to the elements. He was nothing if not determined and, after studying the southern portion of the river, he turned his attention to the location of the source of the river. In the summer of 1836, he arrived at Fort Snelling, where he was taken in by Indian Agent Lawrence Taliaferro’s family, who provided Nicollet with all the supplies he needed for his visit to the source of the river. As travelling north on the river with a few companions, he continued making notes on his geographical position and drawing the landscape [2]. In this first expedition, Nicollet explored the Mississippi to its source of Lake Itasca and the nearby Mississippi tributary, the St. Croix River. The results of this expedition corrected an error in Zebulon Pike’s 1805 map, which placed the mouth of the Crow Wing River too far to the west, rendering all maps of this area inaccurate.

The Second and Third Expedition

In his second expedition in 1838, his goal was to map the area between the Mississippi and Missouri Rivers in order to correct the western maps affected by Pike’s mistake. A third expedition took Nicollet northwest from Iowa along the Missouri River toward Fort Pierre, South Dakota. On September 11, 1839, Nicollet returned to Washington, D.C. where he worked on consolidating the information collected during the expeditions. He fully intended to return to Minnesota to continue his work, but failing health led to his death in Washington in 1843. Later that year, a book containing much of his work, Map of the Hydrographical Basin of the Upper Mississippi, was published. The maps in the book were highly accurate and covered a region more than half the size of Europe.