You are here: Home › physics › George Gamow and his fundamental Views on the Foundations of Science 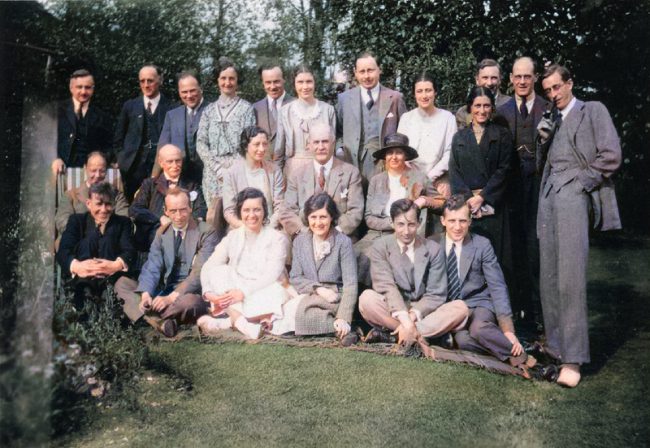 Bragg Laboratory staff in 1931with George Gamow at the rightmost

On March 4, 1904, theoretical physicist and cosmologist George Gamow was born. He was an early advocate and developer of George Lemaître’s Big Bang theory. Besides his contributions to physics, in his middle and late career, Gamow focused more on teaching, and became well known as an author of popular books on science, which are still in print more than 50 years after their publication.

“There was a young fellow from Trinity,
Who took the square root of infinity.
But the number of digits, Gave him the fidgets;
He dropped Math and took up Divinity.”
– George Gamow, One, Two, Three… Infinity (1947)

Gamow was born in Odessa, Russian Empire (now in Ukraine). His father was a high school teacher of Russian language and literature and his mother taught geography and history at a school for girls. Gamow was educated at the Novorossiya University in Odessa and at the University of Leningrad, where he studied under Alexander Friedmann. He aspired to do his doctoral thesis under Friedmann, but due to Friedmann’s early death in 1925 had to change his advisors. At the University, Gamow made friends with three fellow students of theoretical physics, Lev Landau,[5] Dmitri Ivanenko, and Matvey Bronshtein, who formed a group known as the Three Musketeers. They met to discuss and analyze the ground-breaking papers on quantum mechanics.

On graduation, Gamow worked on quantum theory in Göttingen, where his research into the atomic nucleus provided the basis for his doctorate. From 1928 to 1931, he worked at the Theoretical Physics Institute of the University of Copenhagen with a break to work with Ernest Rutherford at the Cavendish Laboratory, Cambridge.[6] He continued to study the atomic nucleus, but also worked on stellar physics with Robert Atkinson and Fritz Houtermans. By 1928, Gamow had solved the theory of the alpha decay of a nucleus via tunnelling, with mathematical help from Nikolai Kochin.

In 1931 Gamow was elected a corresponding member of the Academy of Sciences of the USSR already at age 28. Gamow worked in the Physical Department of the Radium Institute (Leningrad), where under the guidance and direct participation of Igor Kurchatov,[7] Lev Mysovskii and George Gamow, Europe’s first cyclotron was designed in 1932. Upon approval by the institute the cyclotron was not completed until 1937.

Gamow and his wife tried to leave the Soviet Union, with or without official permission. Niels Bohr [8] and other friends invited Gamow to visit during this period, but Gamow could not get permission to leave. In 1933 Gamow was suddenly granted permission to attend the 7th Solvay Conference on physics, in Brussels. Gamow was accompanied by his wife and arranged to extend their stay, with the help of Marie Curie [9] and other physicists. Over the next year, Gamow obtained temporary work at the Curie Institute, University of London, and University of Michigan.

In 1934, Gamow and his wife moved to the United States, where he became a professor at George Washington University (GWU) and recruited physicist Edward Teller from London to join him. In 1936, Gamow and Edward Teller [10] published what became known as the “Gamow–Teller selection rule” for beta decay. By the late 1930s, Gamow’s interests had turned towards astrophysics and cosmology. During World War II, Gamow did not work directly on the Manhattan Project producing the atomic bomb, in spite of his knowledge of radioactivity and nuclear fusion. He continued to teach physics at GWU, and consulted for the US Navy.

The Origin of Chemical Elements

Gamow further used his knowledge of nuclear reactions to interpret stellar evolution, collaborating with Teller on a theory of the internal structures of red giant stars (1942). From his work on stellar evolution, Gamow postulated that the Sun’s energy results from thermonuclear processes.[2] In 1945, he co-authored a paper supporting work by German theoretical physicist Carl Friedrich von Weizsäcker on planetary formation in the early solar system. Gamow and Teller were both proponents of the expanding-universe theory that had been advanced by Alexander Friedmann, Edwin Hubble, and Georges LeMaître. Gamow, however, modified the theory, and together with Ralph Alpher and Hans Bethe published this theory in a paper called The Origin of Chemical Elements (1948). This paper, attempting to explain the distribution of chemical elements throughout the universe, posits a primeval thermonuclear explosion, the big bang that began the universe. According to the theory, after the big bang, atomic nuclei were built up by the successive capture of neutrons by the initially formed pairs and triplets.[2] Furthermore, they were postulating that before the big bang there existed a primordial state of matter, (ylem) consisting of neutrons and their decay products, protons and electrons, mixed together in a sea of high-energy radiation—the basic ingredients necessary for the formation of deuterons and heavier, and heavier nuclei as the universe subsequently expanded.[3] 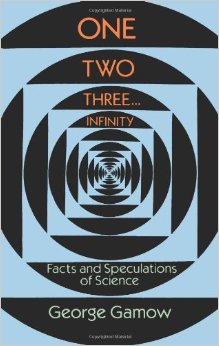 In 1954 Gamow’s scientific interests grew to encompass biochemistry. Shortly after J. D. Watson and Francis Crick discovered the double helical structure of DNA, Gamow recognized that the information contained in the four different kinds of nucleotides (adenine, thymine, guanine, cytosine) constituting the DNA chains could be translated into the sequence of twenty amino acids which form protein molecules by counting all possible triplets one can form from four different quantities.[3,4] Gamow’s contribution to solving the problem of genetic coding gave rise to important models of biological degeneracy.

In 1956, Gamow moved to the University of Colorado Boulder, where he remained for the rest of his career. Gamow continued his teaching at the University of Colorado Boulder, and focused increasingly on writing textbooks and books on science for the general public. His popular writings were designed to introduce to the nonspecialist such difficult subjects as relativity and cosmology. His first such work, Mr. Tompkins in Wonderland (1936), gave rise to the multivolume Mr. Tompkins series (1939–67). Among his other writings are One, Two, Three . . . Infinity (1947), The Creation of the Universe (1952), A Planet Called Earth (1963), and A Star Called the Sun (1964).