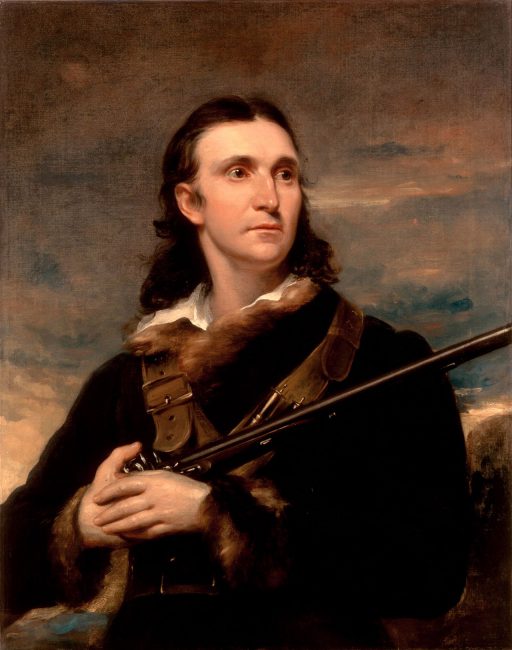 On April 26, 1785, French-American ornithologist, naturalist, and painter John James Audubon was born. He was notable for his expansive studies to document all types of American birds and for his detailed illustrations that depicted the birds in their natural habitats. His major work, a color-plate book entitled The Birds of America (1827–1839), is considered one of the finest ornithological works ever completed.

“Never give up listening to the sounds of birds.”
– John James Audubon

OK, who the heck is john James Audubon and why should I care? This is what you may possibly think, if you haven’t heart of him. We are going to change this now. On December 6, 2010, a copy of The Birds of America was sold at a Sotheby’s auction for $11.5 million, the second highest price for a single printed book. This should give you some hint, that James Audubon’s work must have been considered something special. Therefore, let’s take a look at the life of this famous ornithologist and painter, especially on his best known major work of art, “The Birds of America“.

Jean-Jacques Audubon was born in 1785 in Les Cayes in the French colony of Saint-Domingue (now Haiti) as illegitimate son on his father’s sugar plantation, Lieutenant Jean Audubon, a French naval officer from the south of Brittany. His mother died when the boy was a few months old. During the American Revolution, Lieutenant Jean Audubon had been imprisoned by the British Empire and after his release helped the American cause. Rising unrest in Saint-Domingue from African slaves, who greatly outnumbered French colonists, convinced Jean Audubon to return to France, where he succeeded to regularize the legal status of his children. In France during the chaotic years of the French Revolution and its aftermath, the younger Audubon grew up to be a handsome man. Raised by his stepmother, Mrs. Audubon, in Nantes, France, Jean-Jacques took a lively interest in birds, nature, drawing, and music. 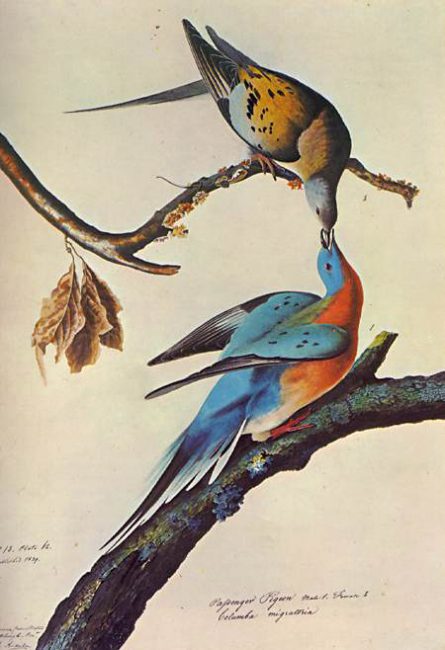 An Affinity for Birds

“When the bird and the book disagree, believe the bird.”
– John James Audubon

From his earliest days, Audubon had an affinity for birds and was encouraged by his father on his interest in nature. He loved roaming in the woods, often returning with natural curiosities, including birds’ eggs and nests, of which he made crude drawings.At age 12, Audubon went to military school and became a cabin boy. He quickly found out that he was susceptible to seasickness and not fond of mathematics or navigation, and soon ended his naval career. At age 18, Jean-Jacques Audubon boarded ship for immigration to the United States in 1803 to avoid conscription in the Napoleonic Wars.

A Bird Loving Country Gentleman in the New World

“The worse my drawings were, the more beautiful did the originals appear.”
– John James Audubon

Adopting the Americanized name John James, Audubon adapted to America and lived as a country gentleman, on the family-owned estate at Mill Grove, near Philadelphia, hunting, fishing, and indulging in his passion for observing and drawing birds. While there, he met his wife, Lucy Bakewell and conducted the first known bird-banding experiment in North America, tying strings around the legs of Eastern Phoebes; he learned that the birds returned to the very same nesting sites each year. Audubon tried his luck at various endeavors in Ohio and Kentucky, and discovered that he was not suited for a life of business. Audubon set off on his epic quest to depict America’s birdlife, with nothing but his gun, artist’s materials, and a young assistant. Floating down the Mississippi towards New Orleans, he lived a rugged hand-to-mouth existence in the South while Lucy earned money as a tutor to wealthy plantation families. Thus, Audubon was able to devote himself to what he saw as his true calling, the painting of birds, while his wife managed to support the family. 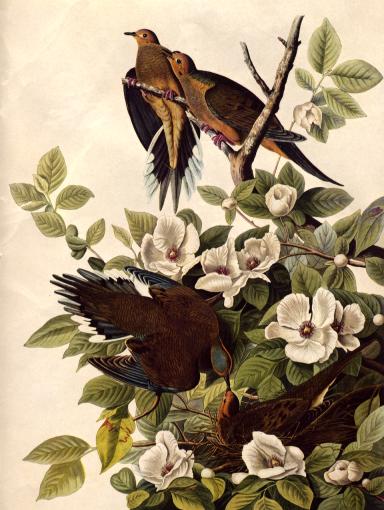 After failing to interest any American publishers in his ambitious plan to publish a book of paintings of American birds in 1826, Audubon sailed with his partly finished collection to England and became literally an overnight success. Highly regarded in British society as a natural unschooled genius. With his long hair and rough American clothes, he became something of a celebrity. His life-size, highly dramatic bird portraits, along with his embellished descriptions of wilderness life, hit just the right note at the height of the Continent’s Romantic era. Audubon found a printer for the Birds of America, first in Edinburgh, then London. To produce the book, Audubon’s images were etched on copper plates, and the resulting printed sheets were colored by artists to match Audubon’s original paintings. Eventually the book was sold to 161 subscribers, who paid the immense sum of $1,000 for what became four volumes. In total, Birds of America contained 435 pages featuring more than 1,000 individual paintings of birds.

A Standard in Ornithology

With the success of Birds of America, Audubon purchased a 14-acre estate along the Hudson River north of New York City. In 1843 Audubon set off on his last great expedition, visiting the western territories of the United States so he could paint American mammals. He traveled from St. Louis to the Dakota territory in the company of buffalo hunters, and wrote a book which became known as the Missouri Journal. John James Audubon was not the first person to attempt to paint and describe all the birds of America, but for half a century he was the young country’s dominant wildlife artist. His seminal Birds of America, a collection of 435 life-size prints, has become a standard in ornithology. Today, the name Audubon remains synonymous with birds and bird conservation the world over.

In 1827 he became a Fellow of the Royal Society of Edinburgh  In 1830 he was elected to the American Academy of Arts and Sciences and three years later also to the National Academy of Design. Due to his economic success, which was due in no small part to his personal popularity, Audubon achieved a certain prosperity, but continued to undertake several expeditions through North America and finally settled in New York on a property on the Hudson, now called Audubon Park. In 1842 a very successful American edition of The Birds of America was published. In the last years of his life Audubon became increasingly senile. He made his last expedition in 1843 and the resulting work on the mammals of North America (Viviparous Quadrupeds of North America) was largely completed by his sons and by his friend, the Lutheran pastor John Bachman, whose daughter had married one of Audubon’s sons.