You are here: Home › mathematics › John Arbuthnot and the Laws of Chance 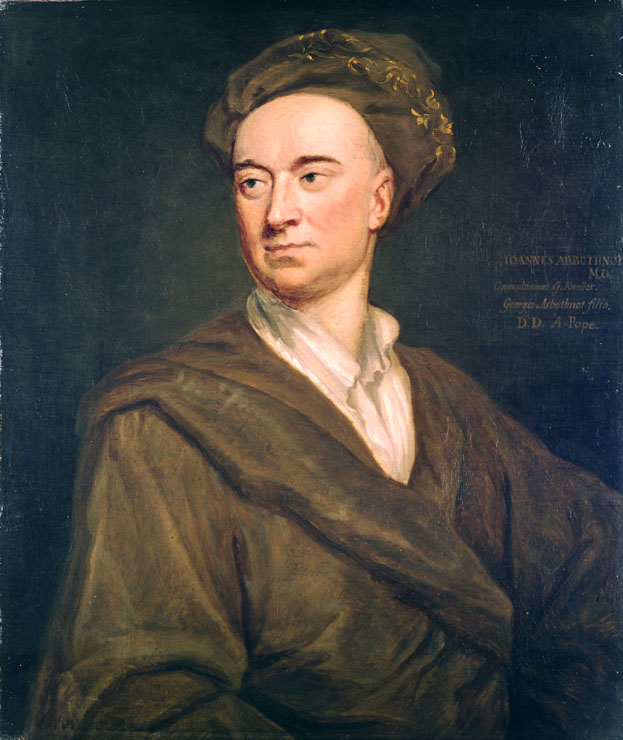 On April 29, 1667, Scottish physician, satirist and polymath John Arbuthnot was baptized. He is best remembered for his contributions to mathematics, his membership in the Scriblerus Club (where he inspired both Jonathan Swift’s Gulliver’s Travels as well as Alexander Pope), and for inventing the figure of John Bull. He published Of the Laws of Chance (1692), the first work on probability published in English, being his translation of a work by Christiaan Huygens to which he added further games of chance.[5,6]

John Arbuthnot was born in Kincardineshire, on the north-eastern coast of Scotland, the oldest of seven surviving children of Rev Alexander Arbuthnot, an Episcopalian priest. Due to his own reluctance to leave any (written) records, compiling a biography for him is not so easy. According to wikipedia, even his friends complained that he did not take credit for his own work. Arbuthnot may have graduated with an arts degree from Marischal College, Aberdeen, in 1685, where a reasonable amount of mathematics and natural philosophy was part of the curriculum. Where John’s brothers took part in Jacobite causes to restore the Roman Catholic Stuart King James II of England and his heirs to the thrones of England in 1689, he remained with his father. As Arbuthnot’s father did not swear allegiance to the King and Queen as heads of the Church of England, who had been victorious over the Jacobites, he was branded a non-conformist and thus, was dismissed from his parish.

The Laws of Chances

After the death of his father in 1691, Arbuthnot went to London, where he is supposed to have supported himself by teaching mathematics. He lodged with William Pate, whom Swift knew and called a “bel esprit.” He translated Huygens’ tract De ratiociniis in ludo aleae on probability and extended it by adding to it a few further games of chance such as backgammon, the Royal Oak lottery, raffling, whist, and games with dice. He published it anonymously as Of the Laws of Chance in 1692. It was the first work on probability published in English.[1] Arbuthnot became the private tutor of one Edward Jeffreys, son of Jeffrey Jeffreys, an MP. He remained Jeffreys’s tutor when the latter attended University College, Oxford in 1694, and he there met the variety of scholars then teaching mathematics and medicine, including Dr John Radcliffe, Isaac Newton, and Samuel Pepys.[7,8] However, Arbuthnot lacked the money to be a full-time student. Thus, he studied medicine privately during 1694-96, and then took a medical degree at the University of St Andrews defending his theses on the day that he enrolled on 11 September 1696.[1]

In 1695 William Woodward published Essay towards a natural history of the Earth upon which Arbuthnot responded with publishing An examination of Dr Woodward’s account two years later. He poked fun at the arrogance of the work and Woodward’s misguided, Aristotelian insistence that what is theoretically attractive must be actually true. He also published a short pamphlet Essay on the usefulness of mathematical learning which appeared in 1701 and in which Arbuthnot praises mathematics as a method of freeing the mind from superstition. After Queen Anne came to the throne on 1702, Arbuthnot gained favor being employed in his capacity as a medic at Court. He was elected a Fellow of the Royal Society in 1704. In the following year he became a member of the committee set up by the Royal Society to oversee the publication of Flamsteed’s star catalogue Historia coelestis. In 1705 Arbuthnot was appointed physician to Queen Anne. He began to take a prominent political role and was particularly involved with the arguments which went on concerning the Act of Union between England and Scotland.[1]

In 1710, Arbuthnot published An argument for Divine Providence, taken from the constant regularity observed in the births of both sexes in the Royal Society’s Philosophical Transactions. There, he analyzed birth data and demonstrated that males were born at a greater rate than females. This being against probability, he deduced that divine providence accounted for it, because males die young more often than females. 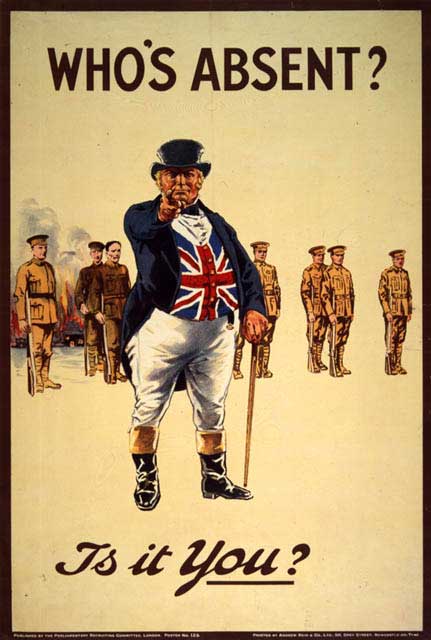 Arbuthnot’s John Bull character became an enduring symbol for the United Kingdom. Here it its the World War I version on a recruiting poster.

Jonathan Swift and the Scriblerus Club

Arbuthnot became a friend of Jonathan Swift and the two produced satirical political pamphlets. In 1712, Arbuthnot and Swift both attempted to aid the Tory government in their efforts to end the War of the Spanish Succession. In this context, Arbuthnot wrote a series of five pamphlets featuring John Bull, a humorous personification of England. The pamphlets are Swiftian in their satire, in that they make all of the characters hopelessly flawed and comic and none of their endeavour worth pursuing, but it is filled with homespun humor. Together with Alexander Pope, Jonathan Swift, John Gay and Thomas Parnell he founded the Scriblerus Club in 1713, whose purpose was to satirize bad poetry and pedantry. But, the club was short-lived, because Queen Anne died in 1714, despite Arbuthnot attending her in her final illness, without leaving a will. Thus, her servants were left without positions and entirely at the mercy of the next administration.

First, Arbuthnot went to France and returned again to practice as a physician. In addition to satirical works he also published some serious medical work in his last few years. Suffering from kidney stones and asthma, and being very overweight through good living, his health began to fail in 1734. John Arbuthnot died on 27 February 1735 in London.