You are here: Home › biology › Jean Senebier and the Discovery of Photosynthesis 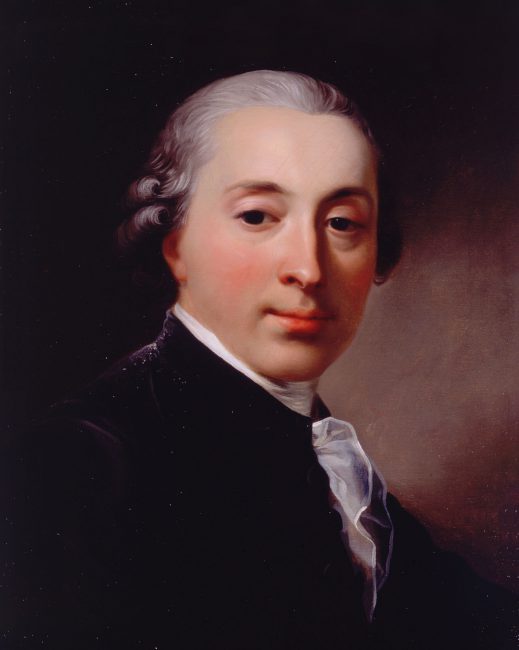 On May 6, 1742, Swiss pastor and naturalist Jean Senebier was born. Senebier wrote extensively on plant physiology and was one of the major early pioneers of photosynthesis research. He was the first who demonstrated that green plants consume carbon dioxide and release oxygen under the influence of light.

How do the Plants gain their Mass?

Before Jean Senebier researched in the field of photosynthesis, other scientists had engaged in the field including Flemish chemist, physiologist, and physician Jan van Helmont, who measured the mass of the soil used by a plant and the mass of the plant as it grew in the 17th century. He noticed that the soil mass changed very little and hypothesized that the mass of the growing plant must come from the water, the only substance he added to the potted plant. Helmont’s hypothesis was partially accurate. Much of the gained mass also comes from carbon dioxide as well as water, however, this was a signaling point to the idea that the bulk of a plant’s biomass comes from the inputs of photosynthesis, not the soil itself. Later, Joseph Priestley discovered that when he isolated a volume of air under an inverted jar, and burned a candle in it, the candle would burn out very quickly, much before it ran out of wax.[5] Priestley further found out that a mouse could similarly “injure” air. He then showed that the air that had been “injured” by the candle and the mouse could be restored by a plant.

Jean Senebier was born in Geneva, Switzerland, to his father Jean-Antoine Senebier, a merchant, and his mother Marie Tessier. After attending the Philosophy Auditorium of the Geneva Academy, he studied theology (1761-64) and was ordained in 1765. He was pastor of Chancy from 1770 to 1773 and librarian of Geneva from 1773 to 1795 and from 1799 to 1809. The French revolution in Geneva led him to retreat to Vaud and he returned to Geneva in 1799. His first scientific articles, four memoirs on phlogistics and the nature of light, were published in the Observations sur la physique of 1776-79. Very influenced by French naturalist and philosopher Charles Bonnet‘s work, he took part in a competition of the Haarlem Academy on the art of observation in 1769 and won a first runner-up spot. A few years later, he published the result of his methodological reflections under the title L’Art d’observer (1775). From that time on, Senebier was interested in hygrometry and eudiometry that prefigured his later work on meteorology, chemistry and plant physiology. Paradoxically for a theorist of the experimental method, the approach to plant physiology developed by Senebier was first  theoretical. No doubt he had not yet realized the potential of chemical analysis.

Plant Chemistry and the Discovery of Photosynthesis

Dutch physician and botanistJan Ingenhousz replicated Priestley’s experiments in 1778. He found that it was actually the sunlight hitting the plant that made it possible to revive the mouse. Jean Senebier did his most important experiments on photosynthesis during the 1790s. Jean Senebier’s early work was influenced by the naturalist Charles Bonnet as well as by the physiologist and experimental biologist Lazzaro Spallanzani. Especially Spallanzani’s chemical research on bodily functions of animals supported Senebier’s efforts in plant chemistry. Crucial in this thematic and methodological evolution was the invention of the eudiometer, a laboratory device that measures the change in volume of a gas mixture following a physical or chemical change, as well as the publication of Ingenhousz’s Experiments upon vegetables (1779). In the following years, Senebier therefore endeavoured to develop an experimental science of plant nutrition based on chemistry. This was the origin of the Physico-chemical Memoirs on the influence of sunlight to modify the beings of the three kingdoms of Nature, and especially those of the vegetable kingdom (1782; 3 vol.) and of the Research on the influence of sunlight to transform the fixed air into pure air by vegetation (1783). These books, which were difficult to read because of their author’s numerous experimental and conceptual experiments, nevertheless contributed to a better understanding of the role of gas exchanges in plant growth and the role of sunlight in a phenomenon now known as photosynthesis. It is in an equally groping way that Senebier gradually abandoned the idea of phlogistics as an essential agent of the plant economy in favour of carbon dioxide and “flammable air” (hydrogen), to which he devoted another treatise entitled Recherches analytiques sur la nature de l’air inflammable (1784). 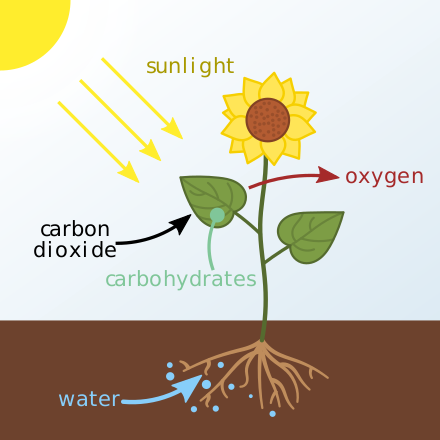 Schematic of photosynthesis in plants. The carbohydrates produced are stored in or used by the plant.

Senebier further discovered that the the amount of oxygen produced is roughly proportional to the amount of carbon dioxide available to the plant and Senebier that carbon dioxide is transformed into oxygen in the parenchyma. The scientist made the correct conclusion that plants use the carbon in carbon dioxide as a nutriment. Jean Senebier based his achievement that plants take up atmospheric carbon dioxide and give off oxygen completely on the phlogiston theory of chemistry. Later on, he reformulated his findings in terms of oxygen chemistry developed by Antoine Lavoisier and colleagues.[6] From 1782 to 1789, Senebier was recruited by the Mannheim Academy to take systematic readings of the barometer, thermometer, hygrometer and declination compass in Geneva. His participation in this project may have been motivated by the belief, which he shared with other scientists of the time, in the meteorological influence of the lunar and solar cycles, a belief that the readings taken soon invalidated.

It was Marcello Malpighi and Stephen Hales who first proved that a significant part of the energy that plants derive from their environment comes from the atmosphere, but no progress had been made since their work. Charles Bonnet then observed that leaves immersed in water emit gas bubbles. Joseph Priestley eventually identified this gas as oxygen. Jan Ingenhousz then proved the simultaneous disappearance of carbonic acid. It was Jean Senebier who clearly proved first that this activity is limited to the green parts of plants and only when they are exposed to the sun. He gave for the first time a complete overview of the plant nutrition process in strictly chemical terms. Senebier was assisted in his research by François Huber.