You are here: Home › biology › Jan Ingenhousz and the Principles of Photosynthesis 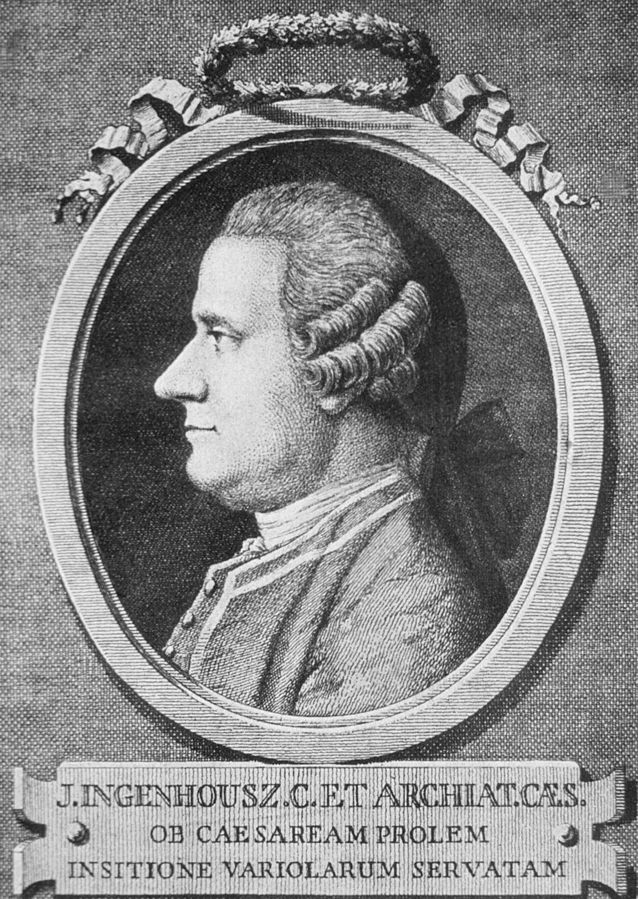 On December 8, 1730, Dutch physiologist, biologist and chemist Jan Ingenhousz was born. He is best known for showing that light is essential to photosynthesis and thus became one of the scientists who significantly contributed to the discovery of photosynthesis. He also discovered that plants, like animals, have cellular respiration.

“Mr. Ingenhouszen belongs to the small number of working physicists who possess the fruitful talent not only to pursue individual objects with admirable effort, but also to harmoniously combine each new appearance (instead of delivering them in isolation) with the older ones. His writings teach that he never loses sight of the great purpose of all natural research, the interaction of forces, …”.
– Alexander von Humboldt, Essay on the food of plants and the renovation of the soil“ (1798)

Jan Ingenhousz was born into the patrician Ingen Housz family in Breda in Staats-Brabant in the Dutch Republic. He started his studies of medicine at the University of Leuven when he was 16 years old and starting from 1753, he continued his studies at the University of Leiden, where he attended lectures by, among others, Pieter van Musschenbroek,[5] which led Ingenhousz to have a lifelong interest in electricity. Ingenhousz started a general medical practice around 1755 in his hometown Breda. He increased his interest in techniques in inoculation against smallpox and traveled to England, where he made many valuable contacts. Ingenhousz became a master inoculator and it is said that he inoculated approximately 700 village people combating the epidemic.

In 1768, Empress Maria Theresa read a letter by John Pringle, Ingenhousz friend and mentor in London, on the success in the fight against smallpox in England, whereas in the Austrian empire the medical establishment vehemently opposed inoculations. She decided to have her own family inoculated first, and requested help via the English royal house. On Pringle’s recommendation, Ingenhousz was selected and requested to travel to Austria. He had planned to inoculate the Royal Family by pricking them with a needle and thread that were coated with smallpox germs taken from the pus of a smallpox-infected person. The idea of the inoculation was that by giving a few germs to a healthy body the body would develop immunisation from smallpox. The inoculation was a success and he became Maria Theresa’s court physician. He settled in Vienna, where in 1775 he married Agatha Maria Jacquin.[1,2] 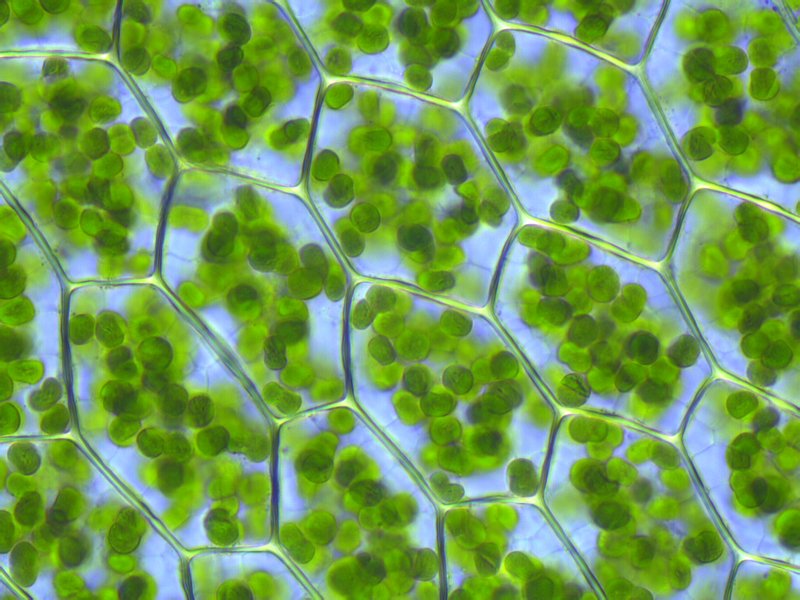 However, to Ingenhousz’ interests belonged not only medicine, but he also was quite enthusiastic about gaseous exchanges of plants. Experiments with plants and their energy sources presumably date back to the early 17th century. Jan Baptist van Helmont, a chemist, physicist, and physician performed his famous experiment by growing a willow tree in a pot for five years. At the end, the tree had increased in mass by more than 70kg even though the mass of the soil had changed little. He came to believe that water was the source of the extra mass and the plant’s life source. Then, in the late 1600s, John Woodward, the professor and physician at Cambridge University, attempted to design an experiment to test Van Helmont hypothesis. In a series of experiments over as many as 77 days, Woodward measured the water consumed by plants. He suggested that most of the water was “drawn off and conveyed through the pores of the leaves and exhaled into the atmosphere”. As a result, the hypothesis that water is the nutrient used by plants was rejected. 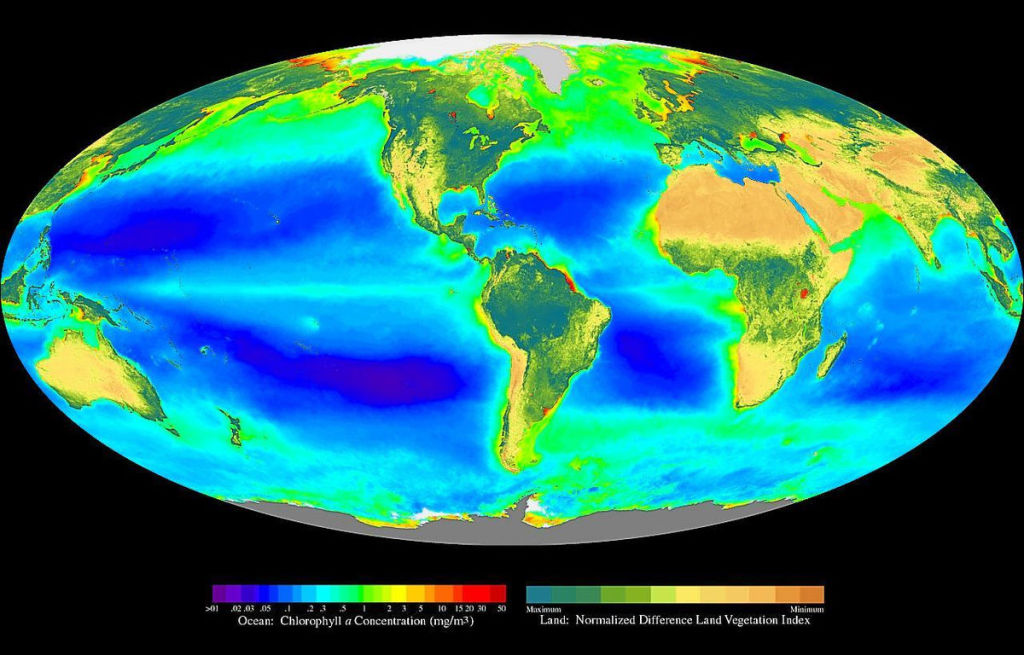 Composite image showing the global distribution of photosynthesis, including both oceanic phytoplankton and terrestrial vegetation. Dark red and blue-green indicate regions of high photosynthetic activity in ocean and land respectively.

Further experiments by Joseph Priestley were devoted to the interaction of plants with air.[6] The chemist proved that plants somehow change the composition of the air. In one of his more famous experiments, Priestley kept a mouse in a jar of air until it collapsed and he found out that a mouse that was kept with a plant would survive. He developed the hypothesis that plants restore to the air whatever breathing animals and burning candles remove. Jan Ingenhousz was the one who took Priestley’s work even further and demonstrated that plants needed the light to create oxygen (which was discovered just a few years earlier). Ingenhousz was the first to show that light is essential to the plant process that somehow purifies air fouled by candles or animals. During an experiment in 1779, the scientist inserted a candle and a plant into a transparent closed space and exposed it to the sunlight for several days. Next, Ingenhousz covered the space with a dark cloth and again let it sit for a few days and when trying to light the candle it would not work. His conclusion was, that the plant needed light in order to purify the air. [3,4]

It is assumed that Ingenhousz performed about 500 experiments to come to his conclusion, which he summarized in his book “Experiments upon Vegetables” and he is regarded the discoverer of photosynthesis. However, he probably was not really aware of what he had discovered. Ingenhousz correctly concluded that the “green parts of plants in the light of the sun produce oxygen … and that they produce carbon dioxide when in the dark.” However, he did not really know how all this happened, as Geerdt Magiels puts it. Further scientists continued to specify and describe photosynthesis including Jean Senebier, who demonstrated that green plants consume carbon dioxide and release oxygen under the influence of light or Cornelis Van Niel, who made key discoveries explaining the chemistry of photosynthesis. [4]

In addition to his work in the Netherlands and Vienna, Ingenhousz spent time in France, England, Scotland, and Switzerland, among other places. He carried out research in electricity, heat conduction, and chemistry, and was in close and frequent correspondence with both Benjamin Franklin and Henry Cavendish. In 1785, he described the irregular movement of coal dust on the surface of alcohol and therefore has a claim as discoverer of what came to be known as Brownian motion. In 1789 he carried out the first reliable experiments on the thermal conductivity of metal rods. “Besides” he constructed a lighter working with hydrogen (in order to make the annoying ignition sponge unnecessary) and experimented with an electrically ignited ether pistol, which also became known as the electric pistol.