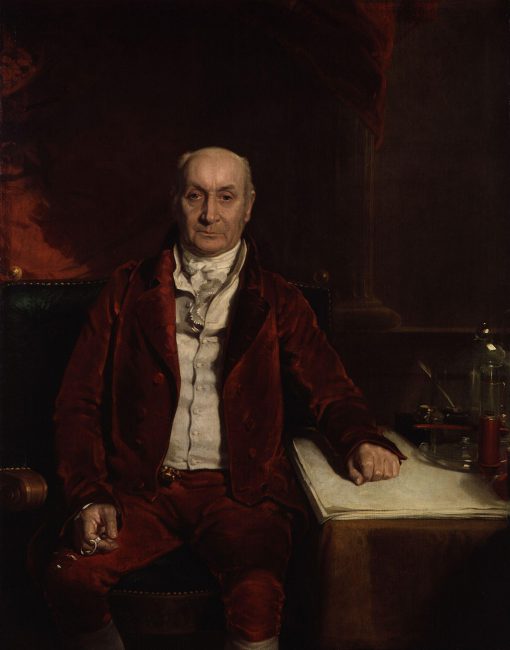 On February 27, 1753, English chemist, pastry chef, and aviation pioneer James Sadler was born. He is best known for being the first English aeronaut, whose first successful ascent was on 4 Oct 1784, in a hot-air balloon, from Christ Church Meadow, Oxford.

Sadler worked as a pastry chef in the family business, The Lemon Hall Refreshment House, a small shop in Oxford. He was the second known person in England to achieve an ascent in a balloon after pioneering Italian aeronaut Vincent Lunardi, who premiered on 15 September 1784. James Tytler however, Scottish apothecary and the editor of the second edition of Encyclopædia Britannica, already had succeeded to fly in a hot air balloon on 25 August 1784 after several failed attempts in Edinburgh. His balloon rose a few feet from the ground. Two days later he managed to reach a height of some 350 feet, travelling for half a mile between. Sadler however, probably made his first ascent about one month later in October 1784 from Christ Church Meadow, Oxford. His balloon reached an altitude of approximately 3,600 feet before landing near Woodeaton, which is located about six miles from the launch site.

In November of the same year, Sadler attempted another ascent. This time, he used a hydrogen-filled balloon and reached Aylesbury in Buckinghamshire. This flight is believed to have lasted about 20 minutes. James Sadler became more and more courageous and attempted to reach France during May of the following year, launching in Moulsey Hurst, Surrey. Additionally, Sadler was accompanied by the passenger W. Wyndham MP. Unfortunately however, he descended in the Thames Estuary and the attempt failed.

Ballooning was expensive and therefore a rarity. Sadler would put his balloons on display before flying them, charging money to fund his flight. During the month of May 1785, Sadler made further attempts. On one flight, he was accompanied by a cat. Another attempt on which he had travelled by himself, Sadler managed to ascent to an altitude of 13,000 feet. He also managed to travel 50 miles before landing in Pontefract, West Yorkshire. Unfortunately, he sustained bad injuries after being dragged for around 2 miles by the balloon. Eventually, he fell out before the balloon took off again empty.

Next to his pioneering aviation activities, James Sadler was also a professional chemist and was appointed in 1796 to the newly created Naval Works Department under Sir Samuel Bentham. It is believed that their cooperation was not very fruitful, however, Sadler managed to publish some works. For instance, he made major contributions to the invention of the table steam engine. He was responsible for improvements to cannon design, from the barrel to the shot used, to improve accuracy; for which he was praised by Admiral Lord Nelson.On 2 August 1814 Sadler was invited to meet Queen Caroline at the palace in London – a rare and huge honor that highlights his popularity.[1] 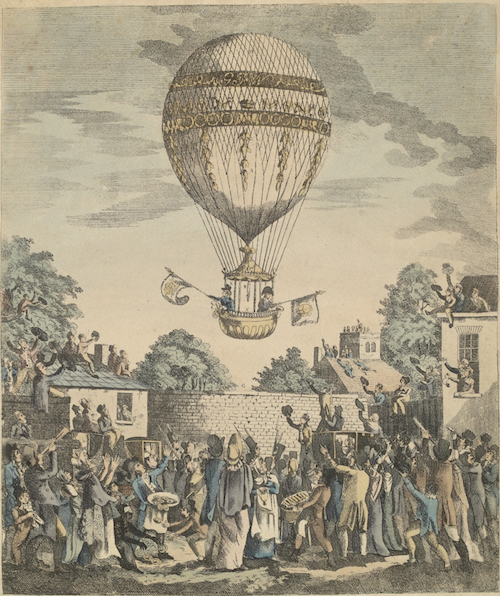 The Death of his Son

James Sadler resumed his ballooning activities although he was devastated by the death of his younger son, Windham Windham Sadler, in a ballooning accident in 1824. Although a celebrity in his own time, Sadler is largely unknown today. This has been partly attributed to his lack of writing any works and partly to class prejudice: he was only a pastry chef and not formally educated. Despite being a resident of Oxford and an accomplished scientist, the university mostly ignored him and academics looked down on him.

On Wednesday last died in this city, in the 73d year of his age, Mr. James Sadler, the celebrated aeronaut. Mr. Sadler was the first person in that hazardous profession who might be said to be his own architect, engineer, chemist and projector. His first ascent was from this city, on the 4th October in the year 1784, in a fire-balloon, raised by means of rarified air, when after remaining in the atmospheric regions for half an hour, he descended in safety between Islip and Woodeaton, six miles from hence. To enumerate the many hair-breadth escapes Mr. S. has met with in his various excursions would far exceed our limits; but it is allowed by all that the most splendid ascent ever witnessed was the one from this university in the year 1810, on the Installation of Lord Grenville. On that occasion Mr. Sadler and his son ascended in a magnificent balloon from Merton Fields, and after remaining in sight for two hours and a half came down in perfect safety in a field at North Crawley, Bucks.