You are here: Home › explorer › Around the World with the Amazing Ida Pfeiffer – the First Female Tourist 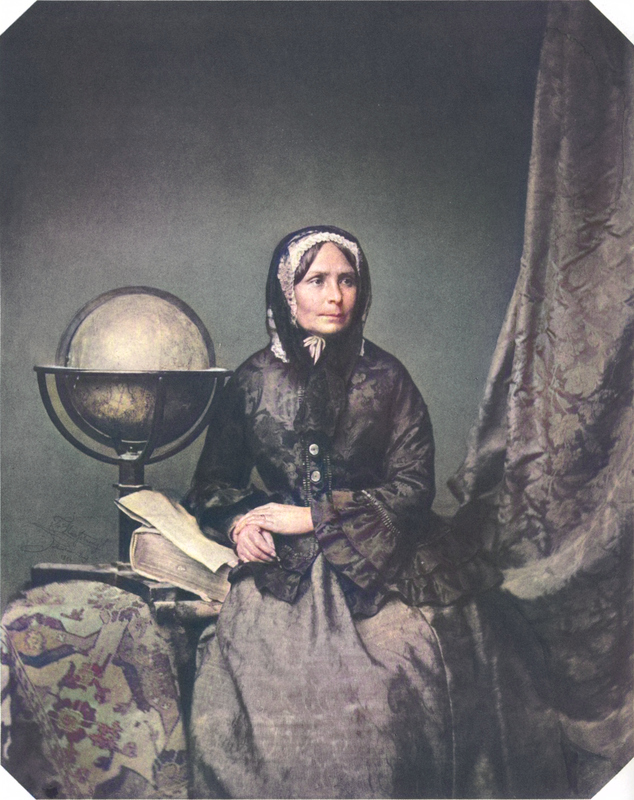 On October 28, 1858, Austrian traveler and travel book author Ida Laura Pfeiffer passed away. Pfeiffer was one of the first female explorers, whose popular books were translated into seven languages. On her voyages, she travelled more than 240.000 km by sea and 32.000 km on land over four continents. During her travels Ida Pfeiffer collected plants, insects, mollusks, marine life and mineral specimens.

The Childhood of a Future Explorer

Ida Pfeiffer was born Ida Reyer as the third child of a wealthy merchant family in Vienna. Until the age of nine, when her father Aloys Reyer died, she received the same strict education as her five brothers. Her educational goals were courage, determination, frugality and resistance to pain. Meals were simple, often even scarce. Even the smallest wishes of the children often remained unfulfilled. The father jokingly promised that he would later train Ida as an officer. She made the unusual role model her own, dressed like her brothers, took part in their games, was sporty and enterprising. Dolls had no attraction for her. Even as a child she liked to read travel reports and dreamed of taking part in expeditions and seeing distant countries.

Breaking with her Mother and Marriage

After the death of her father, the mother tried to reverse the male education of her daughter. At first she refused to give her the clothes she had worn so far. As a reaction Ida fell ill life-threateningly and was finally allowed to dress on medical advice until the age of 13 as before, but also afterwards, again in girls’ clothes, did not change her behavior. Ida, for her part, rejected a number of marriage proposals. In order to escape the broken relationship with her mother, she agreed to marry a 24-year older widower, the well-off lawyer Mark Anton Pfeiffer from Lemberg, in 1820. Pfeiffer soon got into financial difficulties – he had won a case against corrupt officials, made many enemies with it and lost the usual orders from public offices. After he therefore had to close his office in Lemberg, he searched in Galicia, in Vienna and in Switzerland for job opportunities, mostly in vain. These circumstances did not permit a normal married life. The couple lived separately – he in Lemberg, she in Vienna – but never got divorced. Ida took over the education of the two sons for a long time under oppressive living conditions.

The inheritance after the death of her mother in 1837 freed Ida Pfeiffer from her oppressive worries and enabled her to have her sons educated according to her ideas. When both had grown up and gained a foothold in their professions, she finally saw the opportunity to pursue her passion for travel and adventure. For her husband, who had died in 1838, and for the education of her children, she had used up much of the inherited fortune, so her financial means were very limited. On 22 March 1842, i.e. at the age of 44, Ida Pfeiffer left Vienna for her first great journey. She pretended that she only wanted to visit a friend in Constantinople, which already seemed extremely risky for friends and relatives. Her real destination, however, was Palestine and the neighbouring countries, a politically troubled area that was also not free from plague outbreaks. The journey went over the Danube and the Black Sea to Constantinople, Beirut, Jerusalem, to the Dead Sea, Damascus, Baalbek and Alexandria as far as Cairo; from there after a camel ride through the desert to the isthmus of Sues back to Vienna, with stops in Sicily, Naples, Rome and Florence. She managed to publish the insights from her journey in “Reise einer Wienerin in das Heilige Land” (Journey of a Viennese woman to the Holy Land) in 1843.

Ida Pfeiffer acquired knowledge of nature in preparation for her upcoming travels, including the basics of professional animal and plant preparation. She learned English and Danish and the most necessary things about photography, which was still in its infancy as a daguerreotype. The Nordland journey began in April 1845 and led via Prague, Leipzig, Hamburg and Kiel to Copenhagen, from there to Iceland. Accompanied by a local guide, Ida Pfeiffer visited sulfur springs and geysers, grottos and volcanoes on strenuous excursions. ur back in Vienna it was in October 1845. The following year, in two volumes, appeared the Journey to the Scandinavian North.

The First Trip Around the World

Ida Pfeiffer set off on this journey in May 1846, via Hamburg to Rio de Janeiro. In Brazil she barely escaped an assassination attempt. In February 1847 she made the dreaded ship passage through the stormy waters around Cape Horn to Valparaíso in Chile. Via Tahiti, where she was received by the Queen, she reached Macau, then Hong Kong and Canton. In these places, the appearance of a white woman was such an extraordinary event that she was repeatedly in distress. Via Singapore she went on to Ceylon, from there after longer excursions to South India at the end of October 1847. The main stops on her journey through the Indian subcontinent were Calcutta, Benares and Bombay. She found reception in the houses of rich and distinguished Indians, took part in a tiger hunt, but also covered long distances on ox carts. In April 1848 she travelled on to Mesopotamia and Persia, visited Baghdad, accompanied caravans through the desert, saw the ruins of Babylon and Nineveh, was threatened by robbers. The British Consul in Tabriz, a country expert, was deeply impressed by the boldness of their undertakings. They went home via Armenia, Georgia, Odessa, Constantinople and Athens. It arrived in Vienna in November 1848, shortly after the Prince of Windisch-Graetz had suppressed the October Uprising there and thus ended the 1848 Revolution in Austria. The records of this journey, Eine Frauenfahrt um die Welt, (A women’s trip around the world) appeared in three volumes in 1850.

The Second Trip around the World

At first Ida Pfeiffer wanted to retire for good at the age of 54 – but gave up this intention and left Vienna again in May 1851 to travel via London to South Africa. In Cape Town she considered whether the interior of Africa and then Australia should be her next destinations, but then crossed the Indian Ocean towards Singapore. From there she explored the island diversity of Dutch India, today Indonesia, with the main islands Borneo, Java and Sumatra. Especially her way through the interior of Borneo, which she crossed as the first white person, later became a model for other explorers. After visiting the Sunda Islands and the Moluccas, she sailed across the Pacific and arrived in California in September 1853. Here, in the final phase of the great Californian gold rush, she visited some of the gold digger towns. She then turned south to Ecuador and Peru. After her return she was already so popular that readers of the fashion magazine Die Wiener Elegante urgently demanded a picture of globetrotters. The magazine then published a slightly idealized representation of Ida Pfeiffer in “travel costumes” and with a butterfly net. 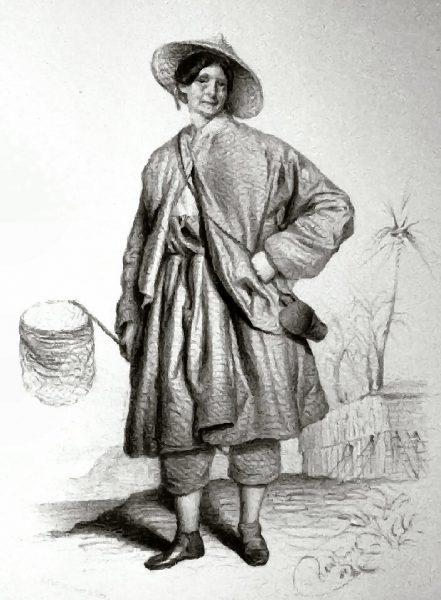 The destination of the next trip, which began in May 1856, was Australia – the only continent Ida Pfeiffer had not yet visited. After stops in Berlin, Amsterdam and London, she boarded a ship to Mauritius in Rotterdam. She stayed there for several months and travelled on to Madagascar in April 1857. Despite the generally xenophobic attitude of Queen Ranavalona, the traveller had the opportunity to visit the interior, the capital Antananarivo and there also the Queen. But when internal political unrest broke out, she was accused of espionage, imprisoned and expelled along with five other Europeans. Suffering from fever and escorted by soldiers, she had to cross swampy and malaria-infested areas for 53 days on her way to the coast. In September 1857 she was back on Mauritius, survived several episodes and planned to continue her journey to Australia. After another illness in February 1858 she was forced to return to Europe and reached her hometown via London and Berlin in September 1858. She died in Vienna on the night of 27 to 28 October 1858 from the late effects of malaria, with which she had been infected years before on Sumatra. The two volumes of The journey to Madagascar were published posthumously by her son Oscar in 1861.