You are here: Home › computer science › IBM and the Success Story of the Personal Computer 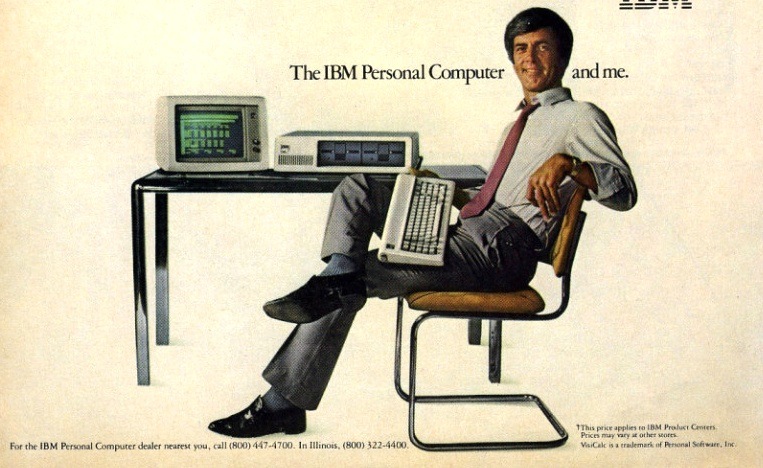 ‘The IBM Personal Computer and me”, vintage IBM advertisement (1980s)

On August 12, 1981, IBM presented the IBM 5150, the very first IBM personal computer, commonly known as the IBM PC, is the original version and progenitor of the IBM PC compatible hardware platform. It was created by a team of engineers and designers under the direction of Philip Donald Estridge of the IBM Entry Systems Division in Boca Raton, Florida. Actually, it were his decisions that dramatically changed the computer industry, resulting in a vast increase in the number of personal computers sold and bought, thus creating an entire industry of hardware manufacturers of IBM PCs.

However, IBM did not coin the term “personal computer”. It was already in use before 1981. Actually, it was used as early as 1972 to characterize Xerox PARC‘s Alto computer, the revolutionary predecessor of all modern graphical user interface and mouse input driven computers that we know today. But, because of the success of the IBM Personal Computer, the term PC came to mean more specifically a microcomputer compatible with IBM’s PC products. 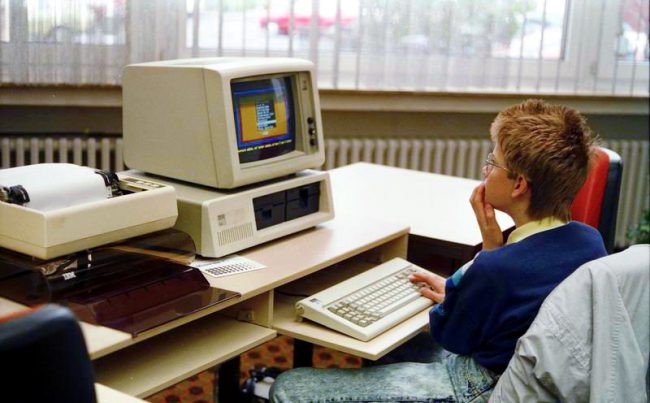 Competing against Apple and Commodore

IBM’s efforts to develop the IBM PC began when Don Estridge took control of the IBM Entry Level Systems in 1980 with the goal of developing a low-cost personal computer to compete against increasingly popular offerings from the likes of Apple Computer, Commodore International, and other perceived IBM competitors. To create a cost-effective alternative to those companies products, Estridge realized that it would be necessary to rely on third-party hardware and software. This was a marked departure from previous IBM strategy, which centered around in-house vertical development of complicated mainframe systems and their requisite access terminals. As another revolutionary and daring act Estridge also published the specifications of the IBM PC, allowing a booming third-party aftermarket hardware business to take advantage of the machine’s expansion card slots.

At introduction in 1981, an IBM PC with 64kB of RAM and a single 5.25-inch floppy drive and monitor was sold for US $3,005 ($ 7,682 by today), while the cheapest configuration (1,565 US$) that had no floppy drives, only 16kB RAM, and no monitor (under the expectation that users would connect their existing TV sets and cassette recorders) proved too unattractive and low-spec, even for its time. The commercial success of the IBM PC led other companies to develop IBM Compatibles, which in turn led to branding like diskettes being advertised as “IBM format”. An IBM PC clone could be built with off-the-shelf parts, but the BIOS required some reverse-engineering. Thus, the IBM PC became the industry standard.

The term IBM PC coined the concept of what a PC is. From the mid-1980s, PCs that were not IBM-compatible were simply not for sale, except in the home computer sector. There have never been any official tests or certifications for the promised feature “IBM PC compatible” of the manufacturers of replicas of an IBM PC. A compatibility test with the flight simulator program from Microsoft often served as a criterion. This pushed the then common hardware to its limits and accessed BIOS functions so deeply that it could only be used with a 100% compatible BIOS.

In the later years IBM did not have a lucky hand in the further development of the IBM PC. While IBM tried to seal off the market from competitors with proprietary concepts (e.g. IBM PS/2 computers and their Micro Channel Architecture or OS/2), manufacturers such as Compaq, HP, Intel and Microsoft developed more sustainable concepts and manufacturer-independent standards (e.g. Extended Industry Standard Architecture) and were able to use their market power – in contrast to IBM – to implement these as industry standards. Only in the business sector and in special sectors such as banking were the IBM PS/2 models – actually intended as successors to all PCs – able to maintain their relative success for a few years.

Today, more than 30 years after production start, the IBM model 5150 PC has become a collectable among vintage computer collectors, due to the system being the first true PC as we know them today. Depending on cosmetic and operational condition an IBM 5150 can obtain a prize of more than US$ 4,000. Overall, the IBM model 5150 has proven to be truly reliable. Despite their age of 30 years or more, some still function as they did when new. Even today, PCs based on the x86 processors from Intel or AMD are still largely compatible with their ancestor, the IBM PC, even though the attribute “IBM compatible” has not been advertised for a long time.