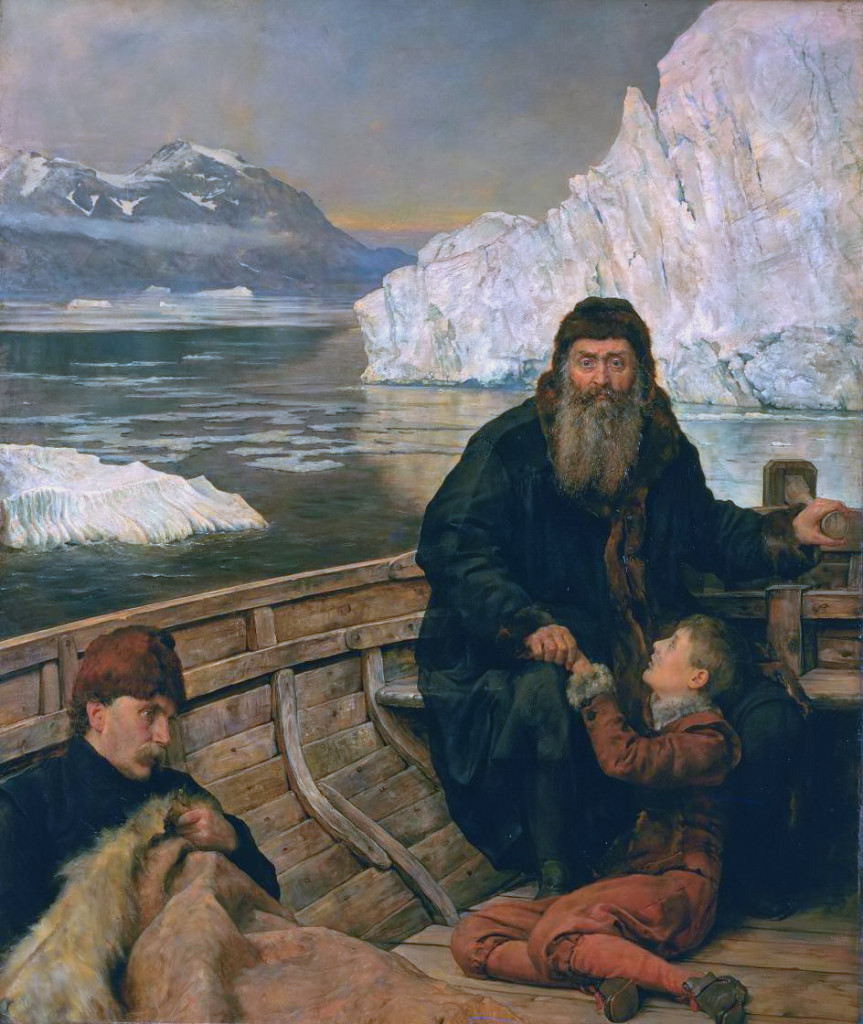 John Collier’s painting of Henry Hudson with his son and some crew members after a mutiny on his icebound ship. (1881)

On September 11, 1609, English sea explorer and navigator Henry Hudson after having reached the estuary of the river that carries his name today, followed the river upstream sailing along Manhattan Island. Hudson explored the region around modern New York metropolitan area while looking for a western route to Asia while in the employment of the Dutch East India Company. He explored the river which eventually was named for him, and laid thereby the foundation for Dutch colonization of the region.

Besides the famous Hudson River, also the Hudson Straight is named after him, which lies between Baffin Island and the northern coast of Quebec, with its eastern entrance marked by Cape Chidley in Quebec and Resolution Island off Baffin Island. Then there is the Hudson Bay in northeastern Canada that includes parts of Ontario, Quebec, Saskatchewan, Alberta, most of Manitoba, southeastern Nunavut, as well as parts of North Dakota, South Dakota, Minnesota, and Montana. There is a town called Hudson, the Henry Hudson Bridge, and even a Hudson valley. So we definitely should learn more about Henry Hudson. But, details of Hudson’s birth and early life are mostly unknown. According to some sources Hudson should have been born in about 1565, but others date his birth to around 1570. Hudson is thought to have spent many years at sea, beginning as a cabin boy and gradually working his way up to ship’s captain. He must have had a talent for navigation early on, enough to merit becoming a commander in his late 20s.

Failed Trials for the Northeast Passage

Hudson made four journeys during his career, at a time when countries and companies competed with each other to find the best ways to reach important trade destinations, especially Asia and India.[1] In the spring of 1607, sailing for the Muscovy Company, Hudson, his son John, and 10 companions set forth for to discover “a Passage by the North Pole to Japan and China”, the famous Northeast Passage. Believing that he would find an ice-free sea around the North Pole, Hudson struck out northward. On reaching the edge of the polar ice pack, he followed it east until he reached the Svalbard (Spitsbergen) archipelago. From there he extended explorations made earlier by the 16th-century Dutch navigator Willem Barents, who had also sought a Northeast Passage to Asia. On April 22, 1608, the Muscovy Company again sent Hudson to seek a Northeast Passage, this time between Svalbard and the islands of Novaya Zemlya, which lie to the east of the Barents Sea. Finding his way again blocked by ice fields, he returned to England in August.[2] 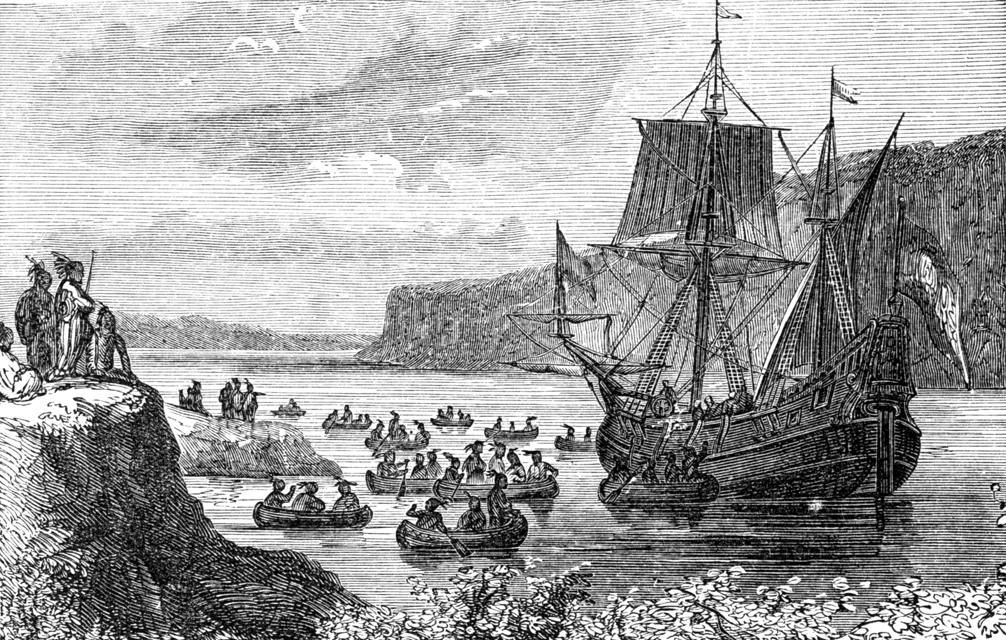 Shortly after his return, Hudson was lured to Amsterdam to undertake a third northeast voyage under contract to the Dutch East India Company. While awaiting orders and supplies in Amsterdam, he heard rumors of a northwest route to the Pacific through North America. Hudson departed Amsterdam on 4 April, but could not complete the specified route because ice blocked the passage and he turned the ship around in mid-May while somewhere east of Norway’s North Cape. At that point, acting entirely outside his instructions, Hudson pointed the ship west and decided to try to seek a westerly passage through North America.[3]

According to the rumors Hudson had heard in Amsterdam, he was seeking the Northwest Passage around a latitude of 40° N. While cruising along the Atlantic seaboard, Hudson put into the majestic river encountered by the Florentine navigator Giovanni da Verrazzano in 1524 that initially was called the “North River” or “Mauritius” and thenceforth was to be known as the Hudson.[2] After ascending it for about 40 km to the vicinity of what is now Albany, New York, Hudson concluded that the river did not lead to the Pacific. On 23 September, Hudson decided to return to Europe. He put in at Dartmouth, England on 7 November, and was detained by authorities who wanted access to his log. He managed to pass the log to the Dutch ambassador to England, who sent it, along with his report, to Amsterdam.

Discovery of the Hudson Bay

Hudson now made ready a voyage to America to follow up the suggestions of English explorer, Capt. George Weymouth from 1602. Weymouth had described an inlet (now Hudson Strait) where a “furious overfall” of water rushed out with every ebb tide. This phenomenon suggested that a great body of water lay beyond the strait. Hudson was confident that it was the Pacific Ocean. On 25 June, the explorers reached the Hudson Strait at the northern tip of Labrador. Following the southern coast of the strait on 2 August, the ship entered Hudson Bay. Hudson spent the following months mapping and exploring its eastern shores, but he and his crew did not find a passage to Asia. In November, however, the ship became trapped in the ice in the James Bay, and the crew moved ashore for the winter.

In the close confinement of an Arctic winter, quarrels arose. Some of his crew suspected that Hudson was secretly hoarding food for his favorites, and tempers flared when Hudson ordered the crew’s own sea chests searched for extra victuals. Once the homeward voyage had begun, the mutineers seized Hudson, his son, and seven others, casting them adrift in Hudson Bay in a small open boat on June 22, 1611. No more was ever heard of Hudson and his small party, although in 1631 to 1632 another explorer found the ruins of a shelter, possibly erected by the castaways. The gulf or bay discovered by Hudson is twice the size of the Baltic Sea, and its many large estuaries afford access to otherwise landlocked parts of Western Canada and the Arctic. Hudson Strait became the entrance to the Arctic for all ships engaged in the historic search for the Northwest Passage from the Atlantic side. Henry Hudson established New World claims for the Dutch in what would become the New York area, and for the English in northern Canada.

As Henry Hudson was not the only one trying to find the Northwest Passage, you may be interested in who else traveled his way and what they accomplished.