You are here: Home › physics › Gustav Kirchhoff and the Fundamentals of Electrical Circuits 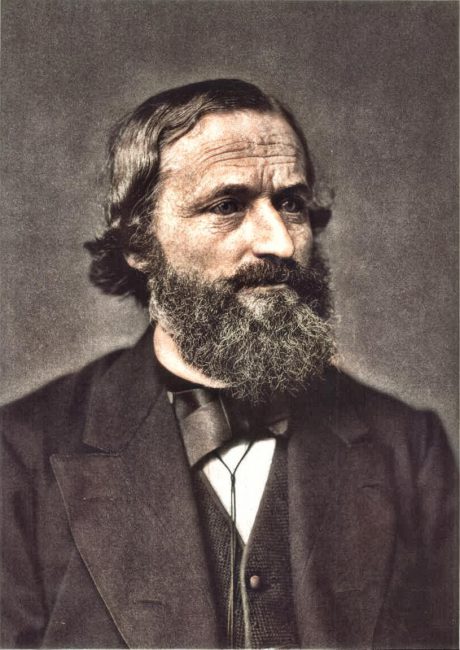 On March 12, 1824, German physicist Gustav Robert Kirchhoff was born. He is best known for his contribution to the fundamental understanding of electrical circuits, spectroscopy, and the emission of black-body radiation by heated objects.

Gustav Robert Kirchhoff was born in Königsberg, East Prussia, to his father Friedrich Kirchhoff, a law councillor in Königsberg with a strong sense of duty to the Prussian state, and his mother Johanna Henriette Wittke. The family were part of the flourishing intellectual community in Königsberg, where he also enrolled at the Albertus University. He took classes of Franz Neumann and Friedrich Julius Richelot. Neumann’s interests were at this time firmly in mathematical physics and, at the time Kirchhoff began to study at Königsberg, Neumann had become interested in electrical induction. It is said, that Kirchoff’s rare mathematical talent adapted him to the use of analytical aids to such an extent that he could always readily bring the best methods to the solution of any problem. In 1847, Kirchhoff graduated and married Richelot’s daughter Clara. In the same year, the couple moved to Berlin, where Kichhoff worked as a private teacher. He taught at Berlin in an unpaid post from 1848 to 1850, and it was while he was working in Berlin that he corrected the accepted understanding of electric currents and electrostatics. In 1850 he received an extraordinary professorship at the University of Breslau.

In 1845, when he was still a student, Gustav Kirchhoff began formulating his circuit laws, which are now ubiquitous in electrical engineering. This work was achieved during a seminar exercise and was followed by other valuable papers on electrical questions, among which were those on conduction in curved sheets, on Ohm’s law,[6] on the distribution of electricity on two influencing spheres, on the discharge of the Leyden jar,[7] on the motion of electricity in submarine cables, etc. Among them also is a paper on the determination of the constant on which depends the intensity of induced currents, in which is involved the absolute measurement of electric resistance in a definite wire.

Gustav Kirchhoff considered an electrical network consisting of circuits joined at nodes of the network and gave laws which reduce the calculation of the currents in each loop to the solution of algebraic equations. The first law states that the sum of the currents into a given node equals the sum of the currents out of that node. The second law states that the sum of electromotive forces in a loop in the network equals the sum of potential drops, or voltages across each of the resistances, in the loop. Kirchhoff’s laws followed from applying Ohm’s law but the way in which he was able to generalize the results showed great mathematical skills. 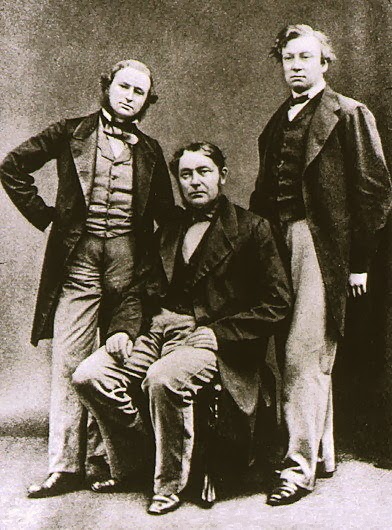 He continued his career at Breslau and later Heidelberg, where he had been chosen regular professor in physics and became friend with Robert Wilhelm Bunsen. There he lived and taught for two decades, attracting many experts with his work. Robert von Helmholtz is supposed to have said that there was only little known about Kirchhoff in the general public, but “his refined, animated speech, his courteous and attractive demeanor, his fine sense of humor and his wit, soon won him the liking of all men with whom he came in contact“.

Fundamental work by Gustav Kirchhoff on black body radiation (a term he introduced in 1862) was important in the development of quantum theory. The discovery of the spectrum analysis ranks among the greatest achievements in the history of science. Isaac Newton once succeeded in separating white sunlight into its colored constituents. Wollaston discovered in 1802 the dark lines in the spectrum and Joseph Fraunhofer investigated those lines, fixed the position of more than five hundred of them, and marked the principal groups with letters.[8] Kirchhoff then managed to find the key for these phenomena. He discovered the law of the relation of emission and absorption and thereby furnished the theoretical basis of spectrum analysis. His law of radiation stated that, for a given atom or molecule, the emission and absorption frequencies are the same.

Kirchhoff’s law of thermal radiationstates: matter of any kind emits a continuous radiation when heated, which is invisible or visible depending on the temperature. This radiation is called temperature or heat radiation. An extensive experimental investigation of this law could not be considered at first, since the means for measuring high temperatures and small radiant energy were lacking. However, the far-reaching significance was immediately recognised. Kirchhoff’s first publication on this subject appeared in the monthly reports of the Berlin Academy in 1859, followed by a rapid succession of papers describing the researches of Kirchhoff and Bunsen upon the solar spectrum (1861), whereby they were able to identify the chemical elements in the sun’s atmosphere, and the spectra of the elements. A few years later, he was awarded the Rumford Medal for his research.