You are here: Home › geography › The Origins of the Greenwich Prime Meridian 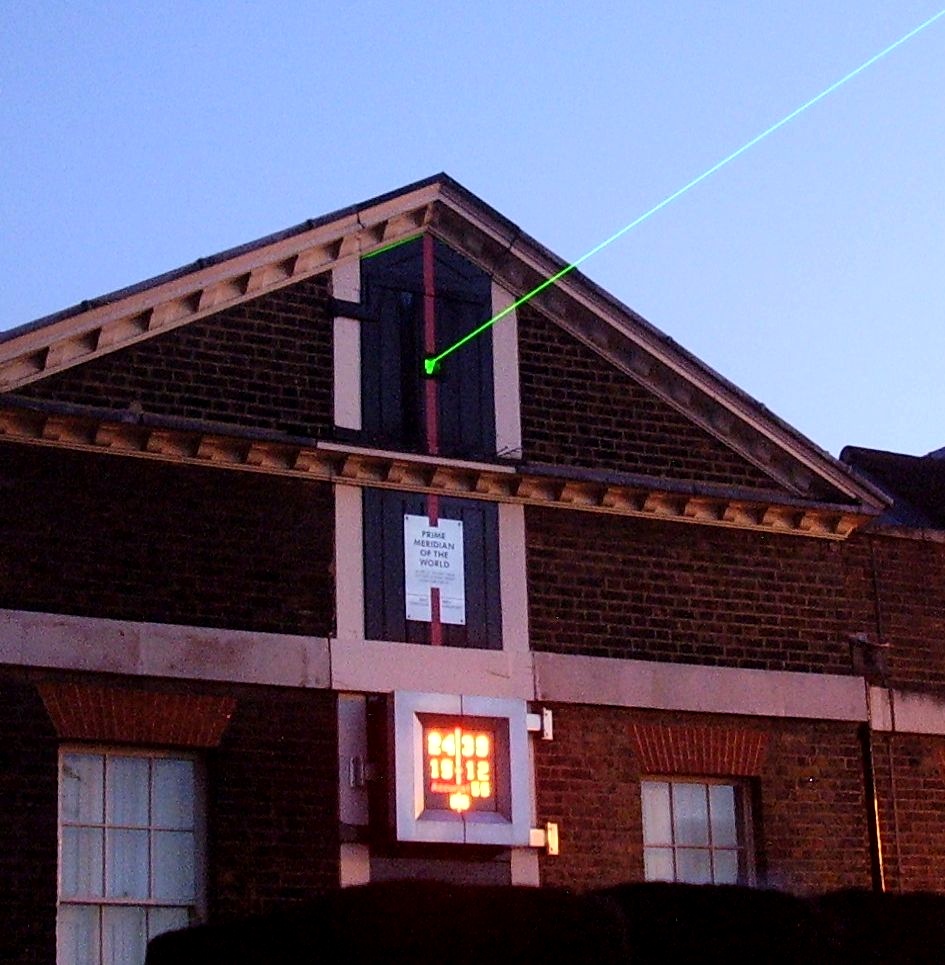 On October 13, 1884, Greenwich was adopted as the universal meridian, dividing the Earth into the Eastern and the Western hemisphere. At the International Meridian Conference held in Washington, D.C., 22 countries voted to adopt the Greenwich meridian as the prime meridian of the world. The French argued for a neutral line, mentioning the Azores and the Bering Strait but eventually abstained and continued to use the Paris meridian until 1911. 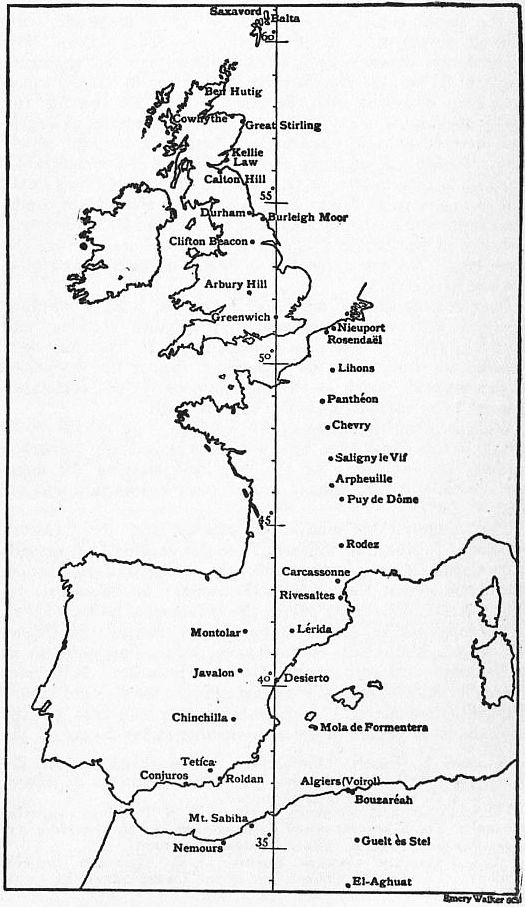 The line down the middle of the map is the Greenwich meridian.

In 1884, the International Meridian Conference took place to establish an internationally recognised single meridan. The meridian chosen was that which passed through the Airy transit circle at Greenwich and it became the prime meridian. During time of the conference, scientists made measurements to determine the deflection of the vertical on a large scale. However, due to uneven distribution of the Earth‘s mass it was not possible to plumb in various locations, which if extended downward, would all pass through a single point, the centre of the Earth. Scientists proceeded to define ellipsoids of revolution. A given ellipsoid would be a good compromise for measurements in a given area, such as a country or continent. The difference between the direction of a plumb line and a line perpendicular to the surface of the ellipsoid of revolution at a particular observatory is the deflection of the vertical. However, The International Meridian Conference did not take this into account.

So when the Airy transit circle was built, they used a plumb line to align the telescope to the perpendicular AND the plumb line is deflected slightly from a line perpendicular to the modern ellipsoid used to define latitude and longitude, the International Terrestrial Reference Frame. This in turn meant that the Airy transit circle points very slightly to the east of the modern celestial meridian and as a result, any measurements of transit time across the view of the transit telescope occurs 0.352 seconds before the transit across the intended meridian. The practical upshot of this is that the modern prime meridian does not correspond to the Airy transit, but to a meridian that is 102 metres to the east of the transit. For all practical navigational purposes of the time, the difference was insignificant, and sailors certainly would not have noticed.

The plane of the prime meridian is parallel to the local gravity vector at the Airy transit circle (51°28′40.1″N 0°0′5.3″W)[4] of the Greenwich observatory. The prime meridian was therefore long symbolised by a brass strip in the courtyard, now replaced by stainless steel, and since 16 December 1999, it has been marked by a powerful green laser shining north across the London night sky.