You are here: Home › chemistry › Ascanio Sobrero and the Power of Nitroglycerine 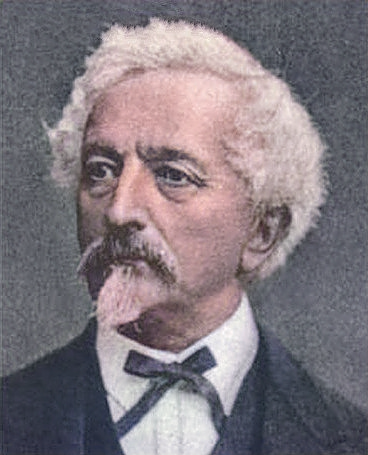 On October 12, 1812, Italian chemist Ascanio Sobrero was born. During his experimental research he discovered the explosive compound nitroglycerine. Sobrero was horrified by the destructive potential of his discovery, and made no effort to develop that power himself. Possibly, the only name that pops up in your mind when you think of the explosive nitroglycerine is Alfred Nobel, the guy who also funded the eponymous prices for advancement in science as well as for world peace. But, it was not Alfred Nobel, who really invented the explosive. In fact he was like Ascanio Sobrero a student of Théophile-Jules Pelouze in Paris. Later he patented, commercialized, and profited from Sobrero’s discoveries and developed the easier and safer to use dynamite.

Ascanio Sobrero was born in Casale Monferrato, Italy. He was the son of doctor Giuseppe Sobrero, the secretary of the Royal University of Turin, then councillor and deputy mayor of Cavallermaggiore, originally from Murello, a village near Cavallermaggiore in Piedmont, and Giuseppina De Michelis. There is not much to find in the sources about his youth. Active and ingenious student at the Royal College of Casale Monferrato, Sobrero graduated in medicine and surgery at the University of Turin in 1833, and obtained his medical license the following year. Thanks to the interest of his uncle Carlo Raffaello, general of artillery and director of the chemical laboratory of the Arsenal of Turin, he began to be passionate about chemistry.

In 1840 Sobrero went to Paris to work at the laboratory of Théophile Pelouze, the author of several technical handbooks and one of the pioneers in the chemistry of nitrocellulose (i.e. the explosive material guncotton). Subsequently, Sobrero studied chemistry at the University of Gießen with Justus Liebig,[3] and earned his doctorate in 1832. He attended the chemical laboratory of the Royal Arsenal of Turin, became assistant professor of general chemistry, and finally  professor of chemistry at the School of Mechanics and Applied Chemistry of the Royal University of Turin.

The Discovery of Nitroglycerine

Around 1846, during his researches Sobrero discovered nitroglycerine by adding glycerol to a mixture of concentrated nitric and sulfuric acids. Pure nitroglycerin is a colorless, oily, somewhat toxic liquid having a sweet, burning taste. He tried heating a drop in a test tube, whereupon it exploded, sending glass fragments everywhere, scarring his face and hands. Initially Sobrero called it “pyroglycerine”, and warned vigorously against its use in his private letters and in a journal article, stating that it was extremely dangerous and impossible to handle. Sobrero is quoted to have said

“When I think of all the victims killed during nitroglycerine explosions, and the terrible havoc that has been wreaked, which in all probability will continue to occur in the future, I am almost ashamed to admit to be its discoverer.”

In fact, Sobrero was so frightened by what he created that he kept it a secret for over a year. Pyroglycerine soon came to be known generally as nitroglycerin, or blasting oil.

Because of the risks inherent in its manufacture and the lack of dependable means for its detonation, nitroglycerin was largely a laboratory curiosity. Until another of Pelouze’s students, the young Alfred Nobel, who returned to the Nobel family’s defunct armaments factory, began experimenting with the material around 1860. It did, indeed prove to be very difficult to discover how to handle it safely. In the 1860s Nobel received several patents around the world for mixtures, devices and manufacturing methods based on the explosive power of nitroglycerine, eventually leading to the invention of dynamite, ballistite and gelignite from which he made a fortune.

Although Nobel always acknowledged and honored Sobrero as the man who had discovered nitroglycerine, Sobrero was not only dismayed by the uses to which the explosive had been put, but also on occasion claimed that he was not given sufficient recognition. Since the 1860s, nitroglycerin has been used as an active ingredient in the manufacture of explosives, mostly dynamite, and as such it is employed in the construction, demolition, and mining industries. Similarly, since the 1880s, it has been used by the military as an active ingredient, and a gelatinizer for nitrocellulose, in some solid propellants, such as Cordite and Ballistite. But, since 1878 nitroglycerin is also used medically as a potent vasodilator to treat heart conditions, such as angina pectoris and chronic heart failure.

From 1860 to 1882 Sobrero obtained the chair of professor at the School of Application for Engineers of Valentino. Together with other chemists, he discovered the properties of sodium and lead tetrachloride and colloidal sulfur. In the last years of his life he also became a member of the National Academy of Sciences. He also dealt with the refrigeration of water and the chemical composition of mineral waters, in particular of Montecatini Spa. Ascanio Sobrero died in Turin in 1888 at age 75.