You are here: Home › architecture › Gian Lorenzo Bernini – Master Architect and Sculptor of the Italian Baroque 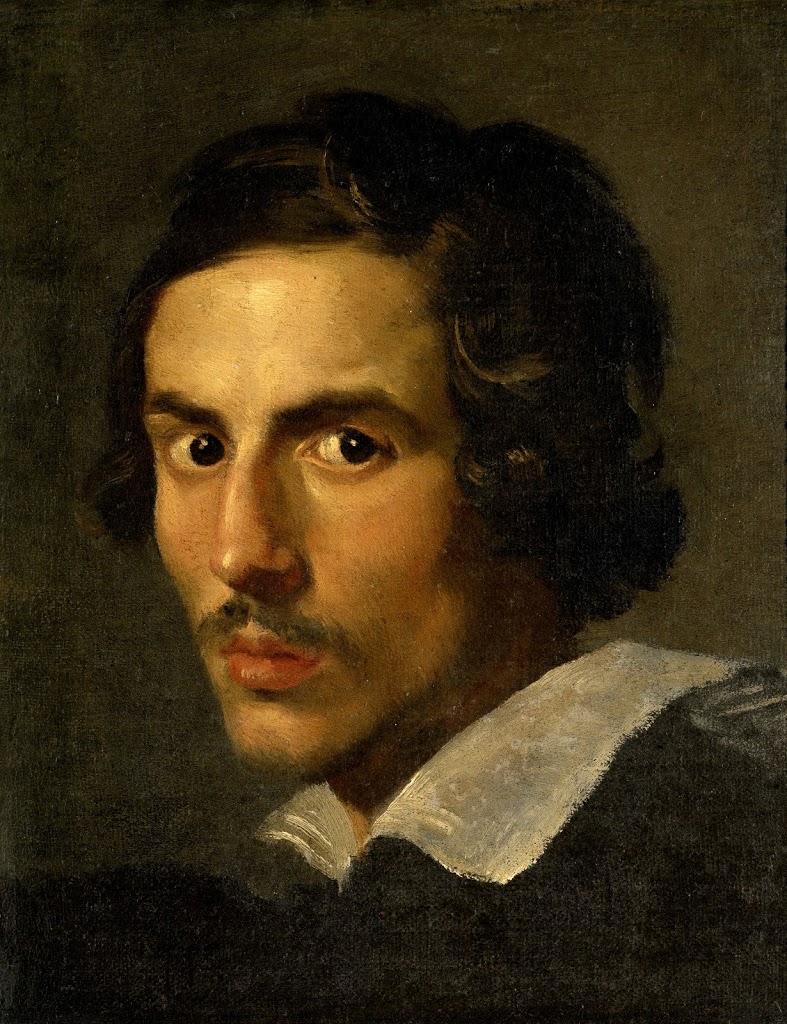 On December 7, 1598, Italian architect and sculptor Gian Lorenzo Bernini was born. He is considered to be the leading sculptor of the baroque age. In addition he designed buildings, painted, wrote plays, and designed metalwork and stage sets. Whenever you are be in Rome, for sure you will find yourself somewhere in the neighborhood of Bernini’s artwork.

“What we have is given by God and to teach it to others is to return it to him.”
– Gian Lorenzo Bernini [7]

Actually, not much was publicly known about the life of Gian Lorenzo Bernini, but most of the information is mentioned in the biography entitled Vita del Cavalier Gio written by Domenico Bernino released in 1713. Gian Lorenzo Bernini was born in Naples as the sixth of overall 13 children of sculptor Pietro Bernini, originally from Florence, and Neapolitan Angelica Galante. Gian Lorenzo Bernini was taught his first art lessons by his father, and made such great progress, that he made and completed a successful angel’s head in marble at the age of ten. In 1608 he accompanied his father to Rome, where he was involved in several high profile projects and Gianlorenzo’s skill was soon noticed by the painter Annibale Carracci and by Pope Paul V. Soon he was able to gain the important patronage of Cardinal Scipione Borghese, the papal nephew.

Between 1618 and 1625 Bernini created the famous mythological sculpture groups for the cardinal Scipione Borghese: Aeneas and Anchises, the Rape of Proserpina 1621/22, Apollo and Daphne and David. They stand out due to their extraordinary dynamics, direction of movement, dramatic light-shadow effects and excited gestures. Today these works can be seen in the Galleria Borghese in Rome.

Bernini’s perfection and mastery in working stone made him famous at an early stage. At an enormous speed and without any calculations or auxiliary constructions, he was able to carve statues from stone. With his special surface design, which reflected the links between the skin and the underlying muscles and bones in its most minute detail, he managed to make the stone appear smoother than ever before. But, Bernini’s artistic skills were manyfold and he was able to employ his talents as well in architecture with equal dedication and almost greater success. The nearly unbroken favor by the Pope, helped Bernini to great and important commissions. 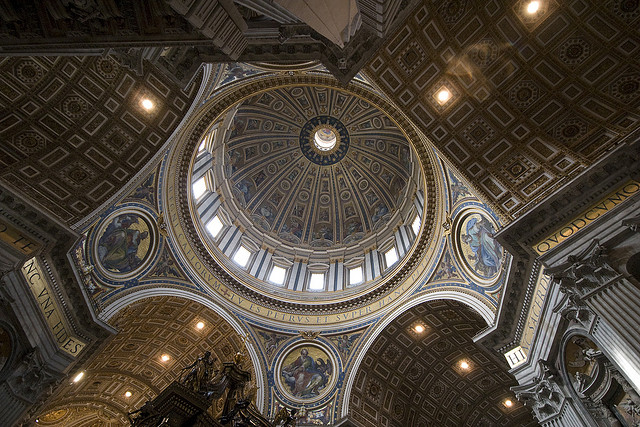 The Cupola of St. Peter’s Basilica in Rome, photo: @Lysander07

“Three things are needed for success in painting and sculpture: to see beauty when young and accustom oneself to it, to work hard, and to obtain good advice.”
– Gian Lorenzo Bernini [7]

These lucky circumstances lead to a support of such a degree that throughout his lifetime he was able to contribute at the top to the greatest artistic undertakings of the Roman court, thanks to his creative work in sculpture and architecture. In 1629, after the death of architect Carlo Maderno, Giovanni Lorenzo Bernini upon the comision of Pope Urban VIII became the master builder of the church of St. Peter in Rome – even though he had never trained as an architect – and started to build the bell towers on both sides of the facade, which had to be taken down at a later stage of the building work because of bad foundations.

Bernini himself would not marry until May 1639, at age forty-one, when he wed a twenty-two year old Roman girl, Caterina Tezio, an arranged marriage that bore him eleven children. Bernini was the first sculptor to realize the dramatic potential of light in a sculptural complex. This was even more fully realized in his famous masterpiece Ecstasy of Santa Teresa (1645-1652, Santa Maria della Vittoria, Rome), in which the sun’s rays, coming from an unseen source, illuminate the ecstasized saint and the smiling angel about to pierce her heart with a golden arrow. Did you know that there is a reference to that scultpure in Dan Brown‘s famous novel Angels and Demons, which lists the sculpture as the third “altar of science” of the fictionalized Illuminati?

Bernini was also a leading figure in the emergence of Roman Baroque architecture along with his contemporaries, the architect Francesco Borromini and the painter and architect Pietro da Cortona.[9] Early in their careers they had all worked at the same time at the Palazzo Barberini, initially under Carlo Maderno and, following his death, under Bernini. Later on, however, they were in competition for commissions, and fierce rivalries developed, particularly between Bernini and Borromini

With Urban’s successor, Innocent X, Bernini’s fortunes changed. Finding the papal treasury empty and the purses of his predecessor’s family filled beyond their wildest dreams, the new pope drove the family of the previous pope, the Barberini from Rome and rejected everyone, Bernini included, who had belonged to their circle. Sculptors and architects who had been envious of Bernini’s fabulous success attacked him on trumped-up charges that the lofty bell tower Bernini had erected on the facade of St. Peter’s was pulled down. But his trials were only short-lived. Soon he was back in favor and hard at work for Innocent X, who realized that it was impossible to find another artist with half Bernini’s talent. For the rest of his life each succeeding pope sought his services.

Bernini left a legacy in Rome, from which he drew upon his inspiration from ancient Hellenistic sculpting and forged it into the dynamic presence of the Baroque era. Bernini remained a vital and active artist virtually up to his death. During his lifetime Bernini worked for eight popes and did not leave Rome – with one exception: the “Sun King” Louis XIV of France called him to draw up plans for the new Louvre (1665) in Paris. Although they were never executed, they nevertheless had a lasting influence on European secular architecture.

Gian Lorenzo died in Rome on November 28, 1680, at age 81. Bernini is buried in a simple tomb in the church of Santa Maria Maggiore in Rome.