You are here: Home › archeology › The Discovery of Nefertiti 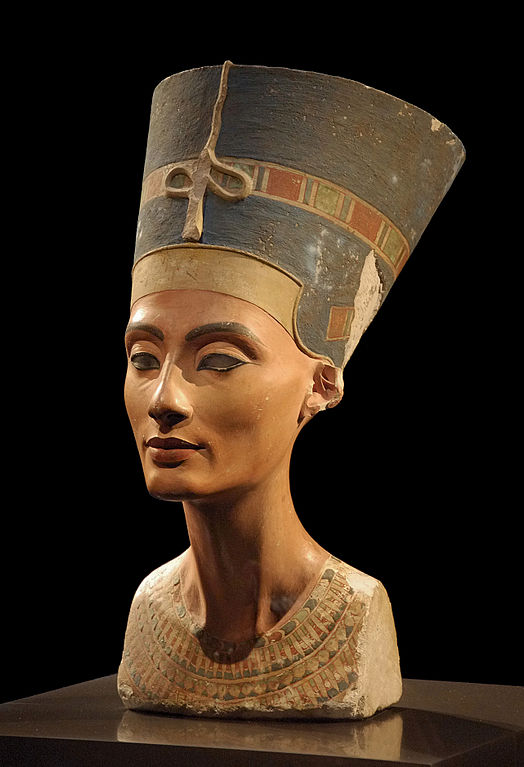 On December 6, 1912, German archeologist Ludwig Borchardt and his team discovered the famous bust of Nefertiti at excavations in Thutmose‘s workshop in Amarna, Egypt. Ever since, the iconic bust of Nefertiti has become one of the most famous relics of the ancient world, and an icon of feminine beauty.

The name Nefertiti means nothing less than ‘the beauty has come’. The origins of the Great Royal Wife of the Egyptian Pharaoh Akhenaten are unknown, some assume, she had come to Egypt in her early adulthood, some believed her to have belonged to Egypt’s upper class from early years. It is clear though, that Nefertiti had six daughters and used to illustrate their family-life to the public. Nefertiti was known to be very supporting to her husband, identifying herself with his cultural and religious acts. When the pharaoh took over his throne name Akhenaten, she added ‘Neferneferuaten‘ to her name, showing her great support to the new Aten cults. Also, after the movement of the capital to the city of Akhetaten, she became one of its rulers. Nefertiti played an important role in religious and political aspects and was able to improve the women’s situations in Egypt. On several findings, she was illustrated in positions that usually just the pharaoh was to be shown in, for instance in situations of war. It is also assumed that she was responsible for the government’s business, and her position was later on almost equivalent to Akhenaten. Unclear is what happened after Akhenaten’s death. There are many scientists, claiming that Nefertiti outlived her husband and ruled Egypt for a short period by herself under the name Smenkhkare, which must still be proven. 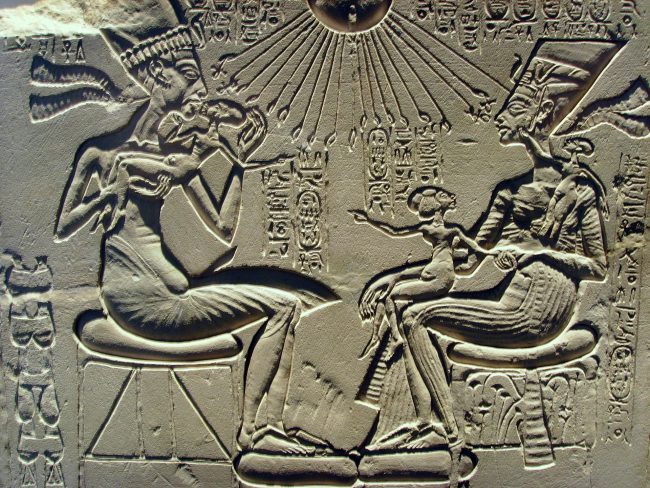 A “house altar” (c. 1350 BC) depicting Akhenaten, Nefertiti and three of their daughters. Note Nefertiti wears a crown similar to that depicted on the bust.

When Ludwig Borchardt, the German architect and egyptologist worked in Tell el-Amarna during the third campaign of the German Orient-Gesellschaft in 1912/13, Egypt was occupied by English forces and the service of antiques was ruled by the French. However, the bust of Nefertiti was found by Ludwig Borchardt and his team of archeologists in the sculptor Thutmose’s workshop along with many other busts, mostly unfinished. The fortunate findings were commented by Borchardt later:

“Suddenly we had in our hands the most alive Egyptian artwork. You cannot describe it with words. You must see it.“ 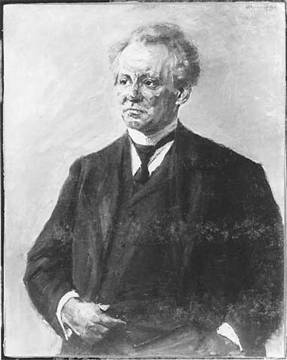 Who owns the Nefertiti Bust?

Despite the legal issues that resulted from the discovery of the 47 cm tall bust between the participating countries, the bust depicts one of the most famous and most admired findings of the ancient Egypt and the most famous of ancient art. The bust is made of limestone and covered with painted stucco. The symmetrical face is almost complete, except for the left eye, and she wears her typical blue crown, which illustrates her great influence to Egyptian politics. A 1924 document found in the archives of the German Oriental Company recalls a 20 January 1913 meeting between Ludwig Borchardt and a senior Egyptian official to discuss the division of the archeological finds of 1912 between Germany and Egypt. According to the secretary of the German Oriental Company (who was the author of the document and who was present at the meeting), Borchardt “wanted to save the bust for us“. Borchardt is suspected of having concealed the bust’s real value, although he denied doing so.[9] While Philipp Vandenberg describes the coup as “adventurous and beyond comparison“, Time magazine lists it among the “Top 10 Plundered Artifacts”. Borchardt showed the Egyptian official a photograph of the bust “that didn’t show Nefertiti in her best light”. The bust was wrapped up in a box when Egypt’s chief antiques inspector Gustave Lefebvre came for inspection. The document reveals that Borchardt claimed the bust was made of gypsum to mislead the inspector. The German Oriental Company blames the negligence of the inspector and points out that the bust was at the top of the exchange list and says the deal was done fairly.

The Nefertiti bust has been in Germany since 1913.  However, Nefertiti was kept secret at Borchardt’s request until it was permanently donated to the Berlin Museum in 1920. Finally, in 1923, the bust was first revealed to the public in Borchardt’s writings and in 1924, displayed to the public as part of the Egyptian Museum of Berlin.