You are here: Home › engineering › George W. Fuller and the Purification of Water 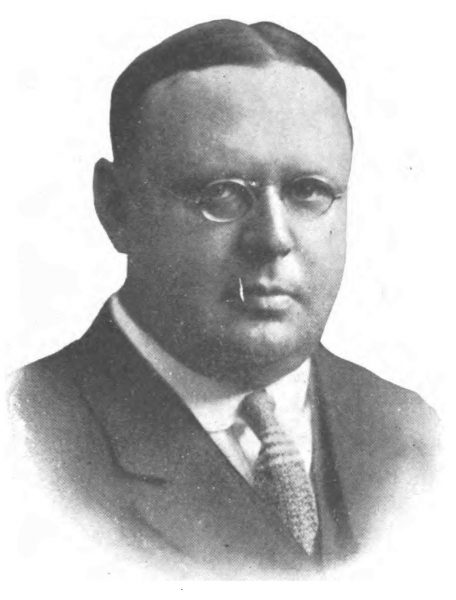 On December 21, 1868, American sanitary engineer George Warren Fuller was born. Fuller was also trained in bacteriology and chemistry. His career extended from 1890 to 1934 and he was responsible for important innovations in water and wastewater treatment. He designed and built the first modern water filtration plant, and he designed and built the first chlorination system that disinfected a U.S. drinking water supply.

George W. Fuller was born in Franklin, Massachusetts, USA, the son of George Newell Fuller, a simple farmer and his wife Harriet Martha Craig. After his father’s death on May 3, 1885, his mother moved 2,500 miles away to Claremont, California where she lived until she died in 1915. After his primary and secondary education, he was accepted at the Massachusetts Institute of Technology, where he studied under William T. Sedgwick and completed his bachelor’s degree in chemistry in 1890. Sedgwick was able to send Fuller to Berlin, Germany to study under the chief engineer for the Berlin waterworks, Carl Piefke. During his stay in Berlin, Fuller studied bacteriology at the Hygiene Institute of the University of Berlin.

After returning from Berlin, Fuller started working at the Lawrence Experiment Station (LES) in Lawrence, Massachusetts while still under the tutelage of William T. Sedgwick. While at LES, he investigated the treatment of sewage using filtration systems. His most important work was the study of filtration for potable water treatment. His early investigations were designed to increase the filtration rate for slow sand filters so that water treatment facilities could be built on smaller land footprints and, thus, be constructed more economically.

From 1895 to 1897, Fuller was hired by the City of Louisville, Kentucky to study water filtration processes for the purpose of purifying Ohio River water for human consumption. The focus of his investigations were on “mechanical filtration” treatment systems, also called rapid sand filtration, which used filtration rates that were 60 times higher than those of slow sand filters. Aluminum sulfate was added prior to filtration to form larger particles that would be amenable to filtration. Aluminium sulfate is soluble in water and is mainly used as a coagulating agent (promoting particle collision by neutralizing charge) in the purification of drinking water and waste water treatment plants, and also in paper manufacturing. The work in Louisville made it clear that except for the clearest upland water supplies, a sedimentation treatment step would have to be added prior to filtration to remove the bulk of the suspended particulate matter.

Fuller learned from his Louisville work when he designed the investigations at Cincinnati, Ohio for the purification of Ohio River water. From 1897 to 1899, Fuller investigated mechanical filtration using the addition of aluminum sulfate followed by a sedimentation step before the final filtration process. After completing the Cincinnati filtration report, Fuller opened a single person consulting practice in New York City. One of his first assignments was from the East Jersey Water Company to design a 30 million gallon per day mechanical filtration plant at Little Falls, New Jersey.

On June 19, 1908, Fuller was hired by John L. Leal to design and build a chlorination system for the Jersey City, New Jersey water supply at Boonton Reservoir on the Rockaway River. Given an impossible deadline as a result of a New Jersey Chancery Court order, Fuller successfully completed the chlorination system in 99 days. John L. Leal developed the basic concept of applying chlorine in the form of a dilute solution of chloride of lime (calcium hypochlorite) at fractions of a ppm. Fuller modeled his chloride of lime feed system on the aluminum sulfate feed system that he designed for the Little Falls Water Treatment Plant. The chlorination facility fed 0.2 to 0.35 ppm of chlorine to an average water flow of 40 million gallons per day from Boonton Reservoir.

Fuller belonged to over a dozen professional associations during his career. Some of his most important contributions were made while a member of the American Water Works Association (AWWA) and the American Public Health Association (APHA).